Survival in extreme situations requires endurance and unwavering faith in the fact that there are no hopeless situations. We present five stories, the heroes managed to survive in the toughest conditions. 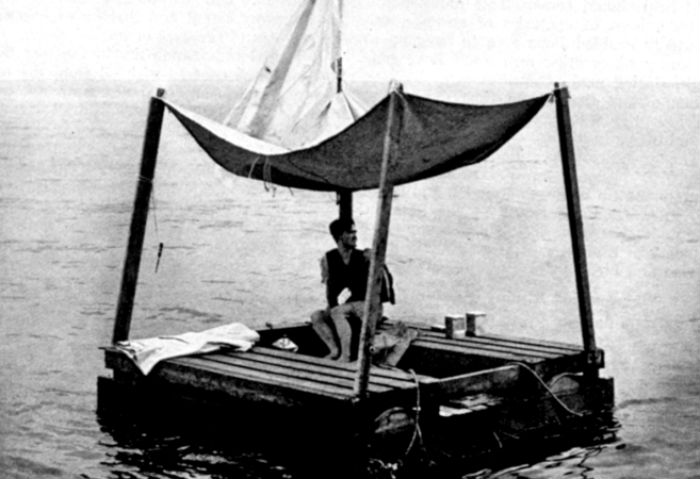 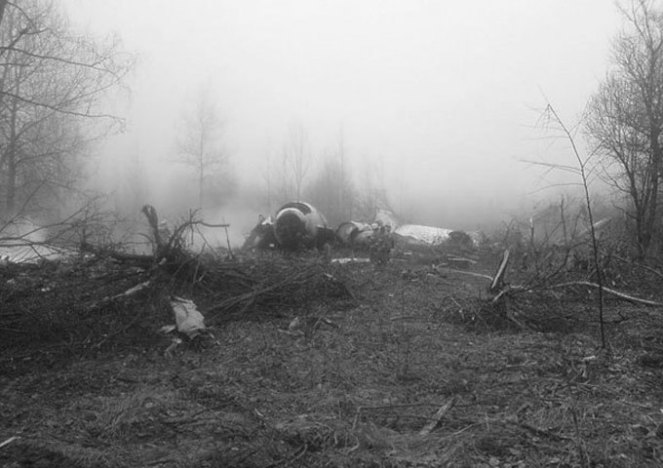 A long flight and 4 day survival

Record the height after the fall with which man was able to survive — 10 to 160 meters. This record listed in the Guinness Book and belongs to Vesna Vulovic, the only survivor after a plane crash on 26 January 1972. She not only recovered, but also wanted to return to work — fear of flying she arose, because the time of the accident she didn’t remember.

August 24, 1981 20-year-old Larisa Savitskaya and her husband were flying from a wedding trip by plane An-24 from Komsomolsk-on-Amur in Blagoveshchensk. In the sky at a height of 5220 meters of their plane collided with the Tu-16. Larissa Savitskaya became the only 38 people who survived.

The wreckage of the plane in the size three on four metres, she was flying in a free fall for 8 minutes. She made her way to the chair and presses it. Later the woman claimed that at this point I remembered an episode from the Italian film “Miracles still happen”, where the heroine survives under similar conditions. Rescue operations were not very active. For all of the victims have even been dug grave.

Larisa Savitskaya in the end found last. She lived three days among the wreckage and bodies of passengers. Despite numerous injuries — concussions, spinal injuries, broken ribs and a broken arm, Savitskaya has not only survived, but were able to build something like a shelter from the wreckage of the fuselage. When the search plane flew over the crash site, Larisa even waved to rescuers, but they took her for a geologist located near expedition.

Larissa Savitskaya twice included in the Guinness Book of records: as a man who survived a fall from a great height, and as the person who received the lowest amount of compensation of physical damage in the crash — 75 rubles (money, 1981). 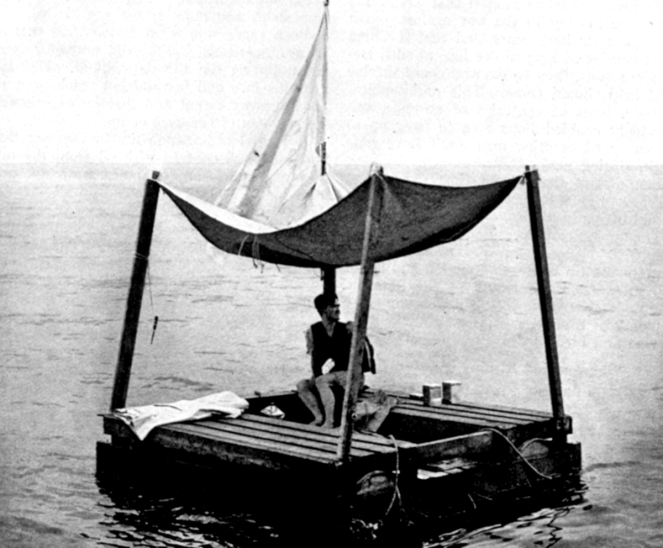 On a small raft

On November 23 1942 a German submarine torpedoed the English ship “Ben Lomond”. All the members of his crew were killed. Almost all of them. Sailor Lin Peng managed to survive. He was lucky — during the search on the surface of the water, he spotted a life raft, which was a supply of food. Lin Peng, of course, understood that food and water will end sooner or later, so the first day of his Robinson Crusoe, he began to prepare the equipment for collecting rainwater and catching fish. Pulled over the raft, tent, from strands of rope found on a raft, made the fishing line; nails and wires from the torch — hooks; metal cans — knife, who butchered the fish.

Interesting fact: Lin Peng could not swim, so she was tied to the raft. Fish Lin Peng caught very little, but took care of its preservation — dried on clotheslines stretched over the deck of his “ship”. For over a hundred days his diet was one fish and water. Sometimes overboard caught the algae, consumption of which gave Lin Peng to get scurvy.

The irony of a record swim Lin Peng that he might be saved several times. One day, he began to take on Board the cargo ship just because he’s Chinese. Then he noticed the American Navy, and even threw him a lifebuoy, but the outbreak of the storm did not allow the Americans to complete the rescue mission. In addition, Lin Peng saw a few German submarines, but to turn to them for help, for obvious reasons, did not.

In April 1943, he noticed that the color of the water changed, and the sky began to appear birds. He realized that is in the coastal zone and, hence, its chances of success increase manifold.

April 5 found him Brazilian fishermen, who immediately took him to the hospital. Surprisingly, Lin Peng after his journey could move independently. He lost during the forced Robinson Crusoe only 9 pounds. The recommendation of the Chinese was included in the guide to survival of the British fleet. The story of Lin Peng were partly used to create the film “Life of PI”. 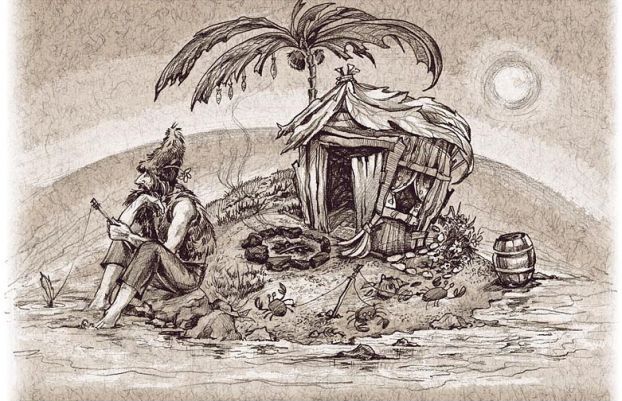 Robinson Crusoe is the human survival alone for a long time in a natural environment. The record in this “discipline” was Jeremy Bibbs, who lived on the island for 74 years. In 1911, during a hurricane in the South Pacific ocean sank the British schooner “Beautiful bliss.” To get to shore and survive on an uninhabited island managed only a 14-year-old Junge, Jeremy Bibbs. The boy helped his erudition and love of reading — he knew by heart a novel by Daniel Defoe.

The example of the hero of his favorite book Bibbs became the lead wooden calendar, built a cabin, learned to hunt, ate fruits and drank coconut milk. While Bibbs lived on the island, the world experienced two world wars, was created the atomic bomb and the personal computer. He about it knew nothing. Found the Bibs by accident. In 1985, the crew of the German ship suddenly found 88-year-old champion Robinson and brought him home. 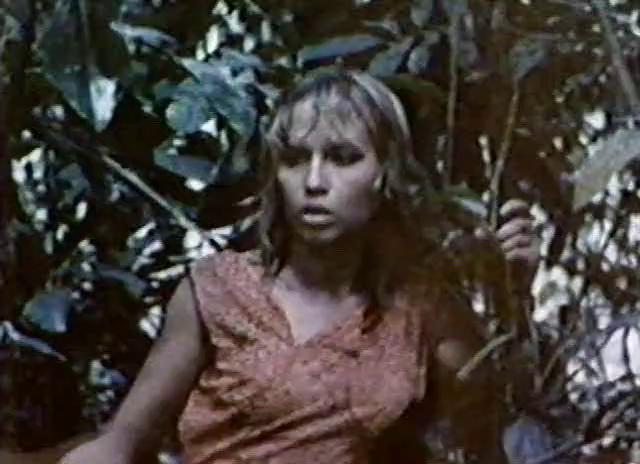 24 December 1971, the Lockheed L-188 Electra Peruvian airline, LANSA were in a vast storm area got hit by lightning, entered the zone of turbulence and began to collapse in the air at a height of 3.2 kilometres. He fell into the jungle, 500 km from Lima. The only survivor was 17-year-old schoolgirl Margaret Julian Cap.

In the fall the girl was strapped to a chair. It turned out to be a broken collarbone, hurt the right hand, one eye is blind. To survive Julian helped that her father was a famous zoologist, since the childhood imparted to her daughter the survival skills in extreme conditions. Immediately after the crash, abandoning the attempt to find among the dead bodies of his mother, the girl examined the Luggage on the subject of food, but found only a few candy — the same result.

Then Julian found near the site of the falling Creek, and went down its course. Only nine days later she was lucky enough to get to the boat on the river. Gasoline from the canister, the girl treated the wound on his right shoulder, which has bred the larvae. The owners of the boat, which turned out to be local woodcutters, appeared the next day. Julian fed, treated wounds and was taken to the hospital nearest village. 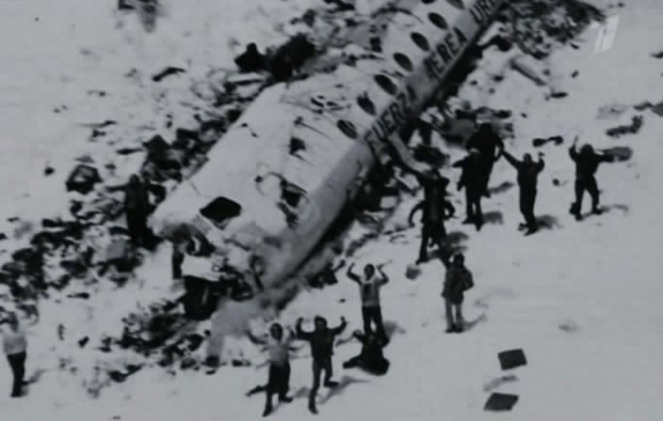 Alone with the snow

13 October 1972 a plane, on Board of which there were players of the Uruguayan Rugby team Old Christians from Montevideo, their relatives and sponsors, crashed in a mountainous area of the Andes. Alive after a fall left 27 people. Later, due to the descended avalanche has killed 8 people, three more died from wounds. The fact that there is no help, Uruguayans realized after 11 days after the accident, when the radio said that their search is terminated and they are confirmed dead.

Difficult situation faced by the passengers, exacerbated by the fact that supplies very quickly ended. After miraculously surviving the crash made the difficult decision to eat meat of the dead. Victims are rescued after 72 days after the disaster and only because the group outfitted three people who needed to cross the Andes and report the incident. The hardest transition has overcome two. 11 days without gear and warm clothes, they went 55 miles on snow-covered Andes, and came to the mountain river where I met a Chilean shepherd, who informed the authorities about the surviving passengers.