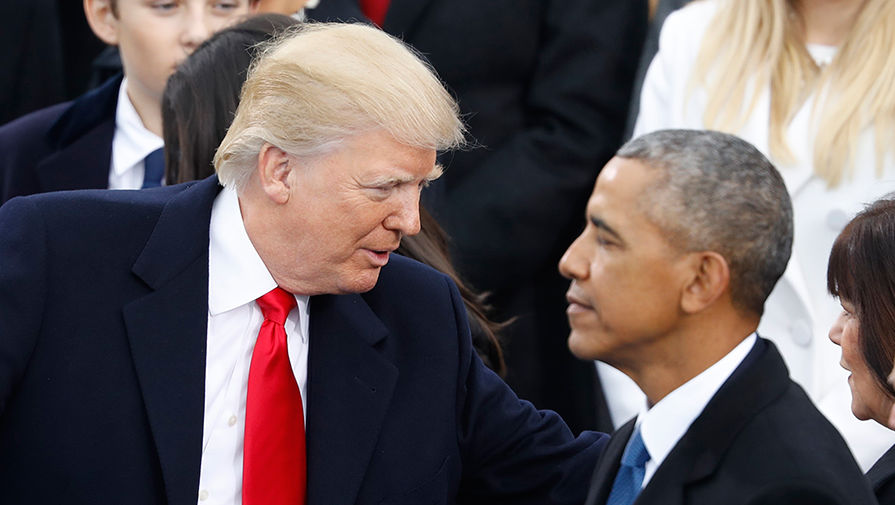 Loyal to Donald Trump, Fox News cut the coverage of the pandemic coronavirus in favor of the struggle of US President Barack Obama. The trends coming out “of Obamagate”, is particularly relevant for trump on the eve of new elections.

Fox News channel loyal to the President of the United States Donald Trump in recent weeks have greatly reduced the number of news about the pandemic coronavirus. According to research by Media Matters for America, a Prime-time number of materials related to the coronavirus COVID-19, fell from 74% to 56%.

For comparison the statistics of CNN that trump has been accused of creating “fake news,” with its materials in 90% of cases are focused on the pandemic. A similar situation is observed at MSNBC — more than 80% of the programs in Prime time belong to the coronavirus.

The Fox News related to the epidemic, largely differed from the programs of other American TV channels. The researchers note that the channel focused on coverage of the efforts of the White house on the way out of the crisis, not the problems of the American health care system. For example, Fox News had devoted much time to the protests against restrictive measures in different States of the country — they have the support of trump, which is to open up the country to hinder the governors.

Columnists and television experts support this position, urging US residents to be “Patriotic” and to go back to work for economic recovery.

Analysts at Media Matters point out that such statements, journalists do from the comfort of your home, as the leadership of Fox News has extended the decree about remote work until June 15.

By the way, also features coverage of the pandemic on the channel is allocated a small number of medical experts who rarely appear in the broadcast in Prime–time. And those who are involved in programs that Express similar White house position — the United States should go to the removal of restrictive measures.

This approach Fox News repeatedly criticized in the American media, the TV channel accused of understating mortality rates, lack of lighting protection measures against coronavirus and dissemination of “bad” recommendations.

Reducing news about the coronavirus on the channel coincided with the emergence of new circumstances in the case of Lieutenant-General retired, former adviser to trump Michael Flynn. In early may, the U.S. justice Department decided to terminate the investigation against the former assistant to the President, who has already pleaded guilty to making false statements to the FBI.

It should be noted that Fox News did not miss the theme COVID-19 out of focus, but more pressed forward to the Flynn’s case, namely, the aspect of illegality of the start of the investigation, what time and again spoke trump.

Given that the case of Lieutenant-General began the investigation of “Russian intervention”, the new circumstances perfectly fit into the line trump a fabricated trial.

However, the termination of the case Flynn had an unexpected effect — former US President Barack Obama criticized the administration’s attitude trump. He called the actions of the White house to curb the pandemic, “a chaotic mess” and expressed doubts, in connection with the decision of the Ministry of justice to drop charges against Flynn, saying it could jeopardize the rule of law in the United States.

It is worth noting that ex-presidents tend to avoid criticism of their predecessors. Obama also followed this rule and did not attack trump directly with the time left his post in 2017. Not he called the name of the current President and at this time, but the media interpreted his statement as a very personal attack.

Obama’s criticism to heart, probably took the trump, which has stepped up its negative rhetoric in relation to its predecessor. Since his inauguration, he embarked on the destruction of his legacy, but this time it went to threats of a very different character.

Trump accused Obama of committing the “major political crimes” in the country’s history, calling his theory as “Obamagate” and promising more details soon. After Senate Republicans released a list of Obama administration officials who were involved in the illegal start of the case against Flynn. And the media came to the conclusion that trump is trying to snap his predecessor to trial and violations.

To “Obamagate” fast enough joined Fox News, although the news about the pandemic in favor of the investigation against the former President. According to the Business Insider columnist Ellen Cranly, the channel is going to help Trump his desire to undermine the reputation of Obama, especially ahead of presidential elections.

According to the may survey, Monmouth University, the rating of the former American leader is 57%, and trump is gaining only 40%. A future opponent of the incumbent President in the election — Democrat Joe Biden got 41% approval.

The Return Of Obama?

Biden was Vice-President of the United States under Obama, so the launch of “Obamagate” tramp, most likely, trying to kill two birds with one stone. A blow to the reputation of the former President will affect the democratic candidate, which is a large part of his campaign was built on their past achievements and friendly relations with the predecessor trump.

However, how successful the “Obamagate” is an open question, as evidence of the involvement of Obama to any violations trump has not yet resulted. And the ex-President is probably not going to leave the attacks of his successor without an answer.

Criticism of Obama in the case of Flynn he was not the only public attack on the White house. May 17, addressing via video link with a parting word to the graduates of several colleges and universities, where traditionally trained African-American (HBCU), he again criticized the administration trump.

“Now times are very special. You enter a world that is experiencing a devastating pandemic and a monstrous economic recession,” Obama said, adding that many politicians “don’t even try to pretend that you are in control of the situation.”

Such an attack on the White house against the backdrop of official support for Biden from the former President. While it is impossible to say that Obama will go to the direct criticism of trump, but his latest statements, in General, can be regarded as a return to politics. This may confuse Trump in his campaign.