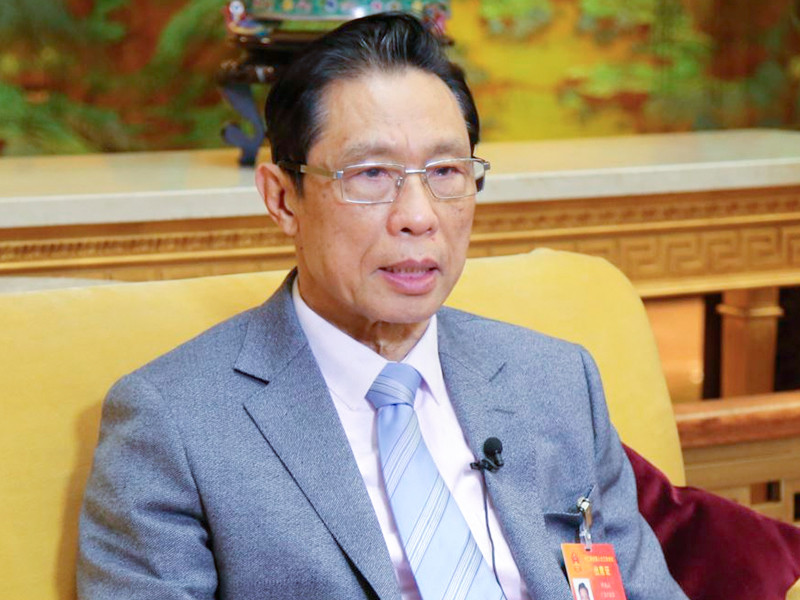 Chinese epidemiologist and pulmonologist Zhong Nanshan, head of the special Commission for combating coronavirus goskomstata of China, said in an interview with CNN that the authorities of the city of Wuhan, where was the first recorded case of infection with the novel coronavirus, initially withheld key details about the extent of the outbreak, reports “Interfax”.

“At the time local authorities didn’t want to tell the truth. In the beginning they were silent, and then I said that perhaps we have become infected (larger) number of people,” said Zhong Nanshan.

According to the epidemiologist, he became suspicious after the official number of cases in Wuhan – 41 was not changed for ten days, while the already appeared data about the infected abroad.

He stated that he continued to ask questions to the local authorities, after which they are “very reluctantly” provided real data: as of January 20, the total number of cases COVID-19 in Wuhan has reached 198 people, three died. In addition, at the same time became aware of the contamination of 13 workers.

Although Zhong Nanshan and acknowledges the lower number of cases at the initial stage of the epidemic, he rejects the accusations of the unreliability of the official statistics of the Chinese authorities on the coronavirus. In particular, such statements did the President of the United States Donald trump, who claimed that the number of deaths from COVID-19 lead is not the United States, and China.

Epidemiologist said that Chinese authorities have learned the lesson from the SARS outbreak 17 years ago, which Beijing was silent for a few months. According to him, this time the Central government under threat of punishment, has demanded that all city and government agencies reported the true number of cases.

“So… since January 23, I think … all the data will be correct,” said Zhong Nanshan.

He also rejected the theory of trump and Secretary of state Mike Pompeo that the coronavirus came from the lab.

He quoted his “good friend” of the virologist Shi Jinli, head of laboratory at the Wuhan Institute of Virology, who called this theory “ridiculous”, because in the laboratory there is no necessary to create an artificial virus of human resources and equipment. Also Zhong Nanshan says that the Chinese medical authorities in early February, the test was carried out in the same laboratory and found no evidence of “leakage” of the virus.

In December of last year in the 11-million city of Wuhan (province Hubei, China) there was an outbreak of pneumonia, which, as it turned out later, was caused by a previously unknown type of coronavirus. Later, the virus was officially named the SARS-CoV-2, and it causes a disease – COVID-19. Subsequently, coronavirus infection has spread in China and around the world. The world health organization (who) declared a pandemic in the backdrop of the spread of COVID-19.

Zhong Nanshan has received international fame after in 2003, he discovered coronavirus SARS-CoV that caused the outbreak of “atypical pneumonia” (SARS/SARS). For a refutation of the official statements of the Chinese authorities, presumerably the danger of the disease, the media called the scientist a “SARS hero”.

It Zhong Nanshan, who arrived in Wuhan on 18 January, two days later publicly confirmed that the coronavirus can be transmitted from person to person, while Wuhan power for weeks repeating that no evidence of this and called the outbreak “an avoidable and controllable”.