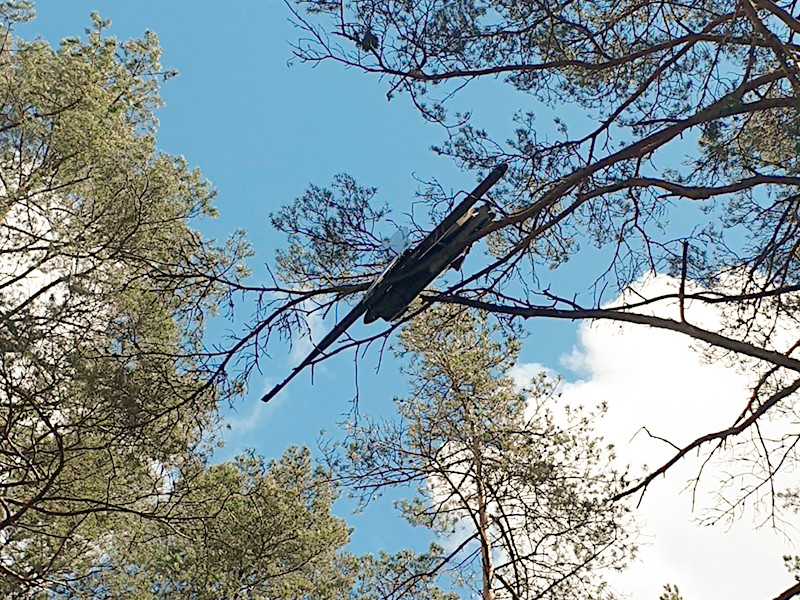 In Latvia found missing in early may drone. Vehicle found in the woods in Garkalnsky region, said on Sunday the representative of the civil aviation Agency (CAA) Aivis Vinci, reports “Interfax”. Reportedly, the drone was discovered on Friday.

Information about the drones came from noticing his man, and then the scene went to the AGA experts and representatives of the owner of the aircraft company UAVFactory.

Drone caught on the trees. To remove it I had to bring in the State fire-saving service (GPS). Then the drone was transferred to the Agency for investigation.

According to the media we already know that the drone landed may 2 at 19:48. Data is being restored on the territory of its movement.

We will remind, on may 2 during flight, the drone size 5.5 meters by 3.5 meters for technical reasons, it was disconnected system control and the machine flew away in an unknown direction. The drone’s weight is 26 kg, the flight speed is about 70 km per hour. It was reported that fuel had approximately 90 hours of flight.

In search of lost control of the drone at the request of the AGS and of the SJSC “Latvijas Gaisa satiksme” was attended by army plane An-2.

The missing drone was closed airspace of the airport “Riga”. The airline SmartLynx Urumqi – Riga had to land in Tallinn.

In connection with the incident have been suspended license UAVFactory on flights at higher risk. The reasons of incident are found out during the investigation.