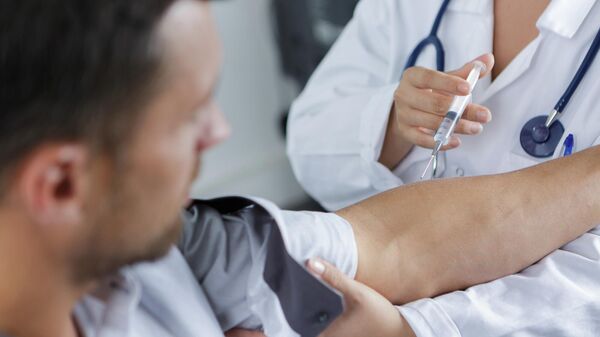 Alfia Enikeeva. American biologists have restored sight to blind mice, reprogrammed fibroblasts — connective tissue — in blockoptions cells. Previously, it helped rodents with brain atrophy and elderly individuals extended the life by a third. Whether these technologies are equally effective for humans and when the doctors will start to use them — in the material RIA Novosti.

In one of the laboratories of the health Center at the University of North Texas (USA) a few years ago brought a special line of mice. All animals were carriers of the mutation in the gene rd1, which destroys the rods — photoreceptor cells, responsible for perception of light intensity. A month after the birth of these rodents completely blinded because of the sticks they have in the retina are left.

But as it turned out, it is reversible, and the mice can restore vision, though not completely. Scientists have transplanted into the eyes of animals blockoptions cells grown from connective tissue healthy relatives. Moreover, the process of obtaining “spare parts” has been greatly accelerated.

The fact that usually in the formation of the cornea, or pigment epithelium — the layer that contains the photoreceptors, fibroblasts are first converted into induced pluripotent cells similar to embryonic. To do this, change the activity of their genes with the help of special proteins — transcription factors. And then create the cells of the cornea. However, their blind transplant patients increases the risk of tumors.

Therefore, scientists decided to grow sticks directly from fibroblasts. The connective tissue of healthy mice (without the gene mutation rd1) was treated with a special protein shake, and formed blockoptions cells with the genes of the retina. 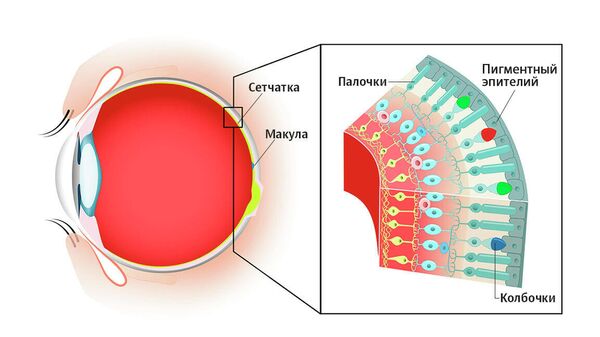 Them and hoisted into the eyes of 14 almost blind animals aged 24 days. Shortly after surgery in six rodents already the pupil reacted to light. In addition, they spent more time in dark rooms — that is, to behave as a sighted person. In the control group improvements, no one has recorded.

Researchers believe that blockoptions transplanted cells do not survive their own photoreceptors of mice, and take their place. The only problem is the artificial sticks themselves do not share in the body. So the technology of reprogramming are yet to be finalized.

Cell back to embryonic state when off genes associated with specialization. It is possible if to run four transcription factors (proteins produced by the genes Oct4, Sox2, Klf4 and c-Myc), the so — called Yamanaka factors. Japanese Shinya Yamanaka created the first induced pluripotent stem cells in a similar way. For this, in 2012 he was awarded the Nobel prize.

At that time the experiments on the transformation of cells in the embryo were carried out on cell cultures. And now are basically the same. The fact is that if you start the mechanism of reprogramming from a living organism, or deny the internal organs or due to the abundance of stem cells form a malignant tumor.

In 2016, the scientists of the Salk Institute (USA) and their Spanish counterparts tried to influence the organism not continuously, but in short cycles. Factors Yamanaka injected mice suffering from progeria with the help of neutralized lentivirus. And added the antibiotic doxycycline.

Mice that received only virus (i.e., transcription factors, they have worked continuously), rapidly lost weight and died after an average of four days. Those who gave and antibiotic lived 30 percent longer than animals in the control group. In addition, they have slowed down the aging process and are not having malignant tumors.

For people this technology is not yet tested. Mouse models of accelerated aging is still not similar to human. In addition, there remain concerns that cellular reprogramming will provoke the development of cancer.

However, a couple of months ago, American scientists tested the Yamanaka factors on the cells of older people. It turned out that even two days is enough to rejuvenate these cells.

A shot from dementia

The reprogramming could help in the treatment of neurodegenerative diseases — Parkinson’s, Alzheimer’s, Huntington’s. In these ailments gradually killing certain groups of neurons and have problems with memory, people are poorly oriented in space, can’t coordinate movements.

One of the ways to slow down the disease — reprogramming transplant or donor neurons, but it is a high risk that they will not survive and the patient will only get worse. Chinese and American researchers have proposed to reprogram its own nerve cells of the patient directly in his brain.

Mice suffering from Huntington’s disease, was injected with the virus with two transcription factors — NeuroD1 and Dlx2. When they are activated in glial cells of the tissue that helps the neurons to function — it began to turn into GABA-ergic neurons. They are killed by the Huntington’s disease, causing atrophy of the brain.

30 days after injection in 72% of the astrocytes (the glial cells) found neural marker. Moreover, these neurons by electrophysiological characteristics did not differ from these nerve cells. In addition, astrocytes in the former accumulated less than a quarter of a mutant of the huntingtin protein, which causes a disease.

After 38 days in mice, which made the miracle shot, significantly improved motor function, they ceased to lose weight. In the control group by this time killed nearly half of the animals.