Ceramic material with the highest melting point among all the currently known connections to 4200 degrees Celsius – was developed by the group of scientists of nust “MISIS”. Through a unique combination of physical, mechanical and thermal properties, the material can successfully use in the most heated aircraft units: the nasal fairings, air-breathing engines and sharp front edges of the wings, which operate at temperatures above 2000 C. 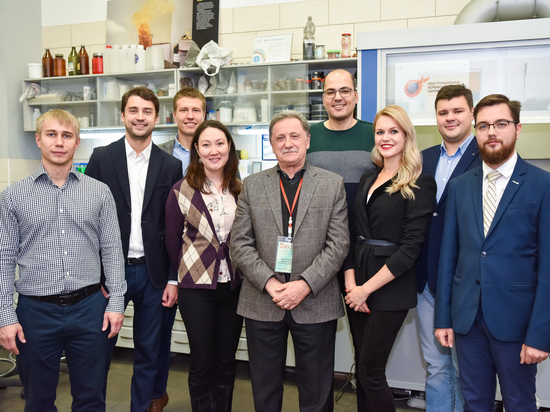 A leading space agencies are active in the development of aircraft reusable aerospace planes (VKS), the application of which will significantly reduce the cost of shipping people and cargo into orbit, and to reduce the time intervals between flights.

The increase in lifting force and maneuverability of these aircraft is partly achieved by the construction of the sharper leading edges of their wings. However, the entrance and exit from the atmosphere on the surface of such wings the temperature can jump up to 2000 – 4000 S.

So it’s always a question associated with the creation and development of new materials capable of operation at such high temperatures.

As reported by “MK” at the University, during the latest developments, scientists have created a material with extremely high melting point and high mechanical properties. The basis for this development is the prediction of scientists from brown University (USA) that the material is hafnium-carbon-nitrogen (a carbonitride of hafnium – Hf-C-N) will have a high conductivity and the highest melting point of all known compounds (approximately 4200 °C).

With the help of chemical reactions, accompanied by release of heat, scientists were able to obtain a carbonitride of hafnium, predskazannoe close to theoretical composition with high hardness, not yielding on this basis, other new and promising materials.

As for the melting temperature, it was compared with the melting temperature of the former “champion” of hafnium carbide (HfC), which comes to 3900 C. For this, the researchers placed samples of compressed HfC and HfCN on the graphite plate, having the shape of dumbbells, the top covered with a similar plate to avoid heat loss. The resulting “sandwich” was connected to a powerful battery by using molybdenum electrodes. All tests were carried out in high vacuum.

The results of the simultaneous heating of the new material and a carbide of hafnium showed that the carbonitride has a high melting point above 4000 degrees.

Now scientists plan to study the “efficiency” of the material obtained in hypersonic conditions on a special test stand, simulating the space flight conditions.