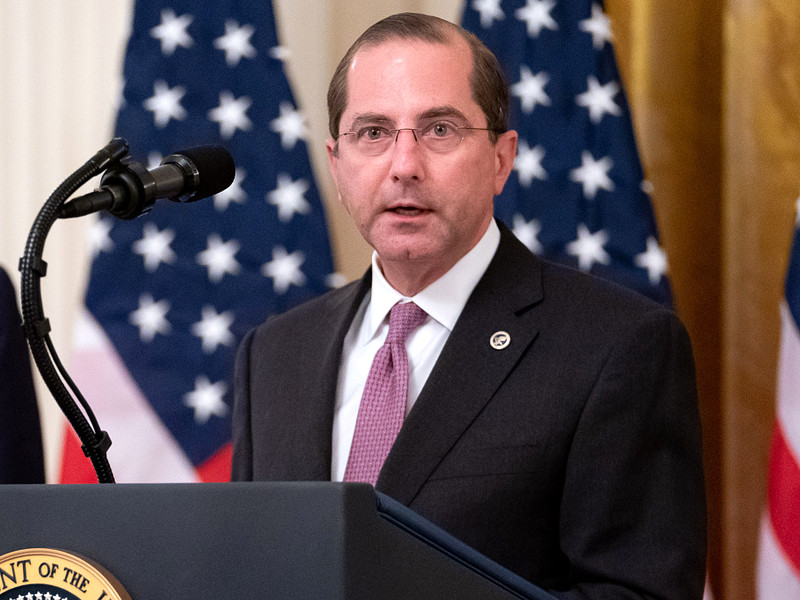 The Minister of health Alex Azar entrusted to the world health organization (who) responsible for a large number of victims during a pandemic coronavirus, reports “Interfax”.

“We have to be honest about why this outbreak (of coronavirus. – Approx. “Interfax”) is out of control. This organization has been unable to obtain information which was necessary to the world, and this failure has resulted in many victims,” Azar said in a speech at the session of the world health Assembly of the who.

He noted that who “failed to fulfill its basic mission, which is to spread information and transparency”.

Without naming any country specifically, the Minister indicated that “at least one country-member of the organization are making a mockery of the commitments about transparency”. In the past, States such criticism has repeatedly addressed to China.

In April, U.S. President Donald trump said that his administration is temporarily suspending Fund who, while in Washington, find out how the organization responded to the crisis with the pandemic coronavirus. In particular, the American leader called this organization “Pro-Chinese”.

In his opinion, who has long held the position that was beneficial to Beijing because there is later warned the international community about how serious the threat COVID-19.

In mid-may, Fox News channel reported that Washington intends to restore partial funding of the who in China. If the payment of the United States will match the contribution China, then, according to the channel, its new level of funding will be approximately one-tenth of the previous amount of payments, amounting to $ 400 million per year.

The highest mortality rate in absolute numbers from the coronavirus in the United States Alex Azar explains the ethnic composition of the population, writes Vox. In particular, he pointed to the fact that a significant proportion of victims and new infections are in African Americans. For example, in Milwaukee out of thousands of infected 81% are African American, although in only 26%. In Louisiana, blacks make up only 32% of the state’s population and 70% of all who died from the pandemic in the state are African – American, wrote “Izvestia”.

Commissioner for health Chicago Allison Leading noted that the life expectancy of black citizens on average almost nine years less than whites. Every fifth African American in the United States high blood pressure. “The living conditions of the black community, the holes in the system of social security, unequal access to education and opportunities for advancement on the career ladder and, finally, systemic and institutional racism, for many years leading to the inequality – all this is reflected in the situation of COVID-19” – sure of the Commands.

Among other things, African Americans are more likely to be infected COVID-19, because many of them simply can’t afford to be in isolation. As noted by senior economist at the economic policy Institute Heidi Shierholz if Latinos are often employed in the construction, black Americans in the sphere of services: shops, cafes, public transport.