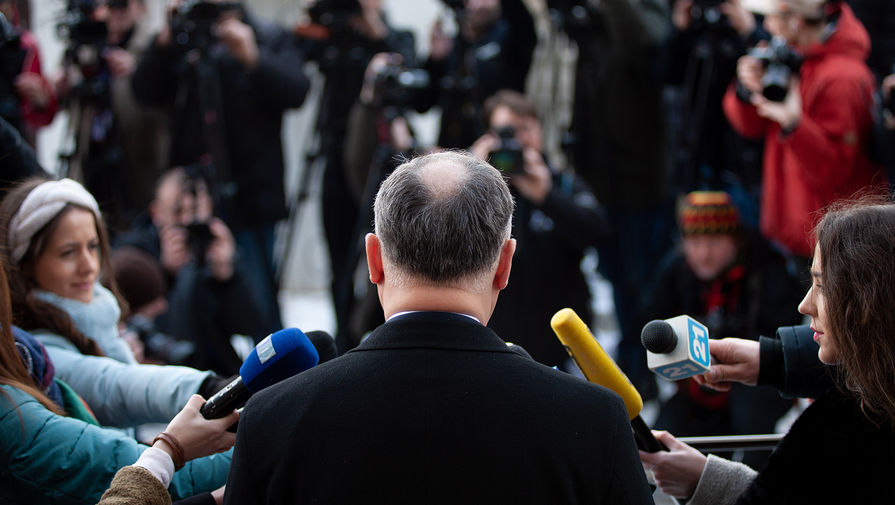 Over the President of Moldova Igor Dodon and the office of the Prime Minister ion chicu, dark clouds. In the country discussing the possibility of a vote of no confidence in the government and impeachment of the President. There is also a parallel collapse of the ruling coalition, which even the head of state raised the issue of holding early parliamentary elections.

In Moldova there was a threat of collapse of the ruling coalition. The faction of Democrats who joined the Union loyal to the President Igor Dodon’s socialists, is falling apart: MPs go into opposition.

This was preceded by the call of the leader of the opposition group Pro-European deputies of the Pro Moldova Andrian CANDU. He invited the MPs to come together to send the government ion chicu resign. The formal cause is unsatisfactory work of the Cabinet to counter the pandemic coronavirus COVID-19 and economic crisis.

His call was supported by many opposition members, including former partners of the socialists in the government of the right bloc ACUM, as well as deputies from the party “shore”, whose leader, tycoon Ilan Shor is hidden from the Moldovan justice in Israel. Responded and six deputies from the Democratic party of Moldova (PDM), which are in a technical coalition with the socialists. Two “defectors” have joined the faction of the “shore”, four to Pro Moldova.

Supporters of the overthrow of the government already scored 47 out of 101 votes.

4-5 defectors from the party will be able to finally resolve the situation in favor of the opposition. The outcome of this story may become a new political crisis in the country. Indeed, the speaker stresses that the consolidation of the deputies is needed only for the resignation of the current government, not the formation of a new Cabinet.

This suggests that the new government in the near future is unlikely to be approved, the country will come to new early parliamentary elections.

It is not excluded that this crisis will affect the President’s power. On 18 may the Deputy Alexander Slusari from the block ACUM declared intentions of the opposition to begin procedure of impeachment of the President. The occasion was a video of negotiations of Dodon and subsequently fled the country by the oligarch Vladimir Plahotniuc in June 2019. At that time he was the head of the democratic party.

“Map Plahotniuc” plays and the Dodon. He argues that what is happening is the result of a conspiracy “mafia of oligarchs” who want to return the country into the hands of the former leader of the DMP.

According to him, plahotniuc, shore and candidate, knowing that the authorities made significant progress in the investigation of their cases, decided to buy in the Parliament 24-25 deputies that no one without them was not the majority, and to play on the contradictions.

“What is happening now is very dangerous for Moldova. CANDU and shore are only puppets, the puppeteer or two. We know his name and know what he wants to achieve — to regain their former role in politics. And the right want to use this game against the President and socialists, then against them. We must not allow this”, — said Igor Dodon.

The collapse of the ruling coalition, meanwhile, seems more likely. The socialists and Democrats together in just 52 votes, which is not a sustainable majority.

“But the problem is that members continue to leave. And they go because Washington has made it clear: the USA does not see Dodon leader of the country, do not accept their assigned government. Moreover, those deputies who are guided by a Union Plahotniuc and Shor, actively contribute to the release of former members of the PDM from the majority. And they are willing to go, because they do not see prospects for themselves,” explains “Газете.Ru” the expert of the International Institute of humanitarian and political studies Vladimir Bruter.

According to Dodon, in the case of the PDM in the near future will leave some more deputies, he will gather the leaders of all parties except the “shore” and Pro Moldova to find a way out of the crisis:

“We’ll have to decide what to do in this situation: allow mob again to play us, as in “cat and mouse”, or taken a principled decision, is to clean after the elections — or you can negotiate differently.

Conduct of the presidential elections, honestly, openly. May all the candidates and the people choose. And then, if we see we can’t go any further in this formula, dissolve Parliament and call early elections.”

According to Moldovan legislation, after the government has resigned, a new Cabinet must be formed within three months. Otherwise automatically declared new elections.

However, this fall, to be held in Moldova presidential elections, he suggests to conduct the voting process on 1 November. The legislation provides that between elections at the national level, should take at least six months, respectively, if there is a need for early parliamentary elections, they will have to wait until spring 2021.

As noted by Vladimir Bruter,

in the current situation, early parliamentary elections, first and foremost, beneficial for the President of Dodona.

“Dodon is in a dead end. He’d be happy to hold early elections, but can’t. Besides, these elections will not bring him the most. The situation is rather more complicated. On the other hand: it is a way out of the current impasse,” — said the expert.

Most likely, the President expects that the opposition will also fail to form a government. “It will be difficult. Even if they create a minority government, it will be unsustainable,” says Bruter.

In General, according to experts, early elections are not the obvious solution to the crisis in which the country finds itself. They can be beneficial to certain politicians, but for everyone else they will bring nothing new — the balance of power in Parliament will be about the same as it is now.