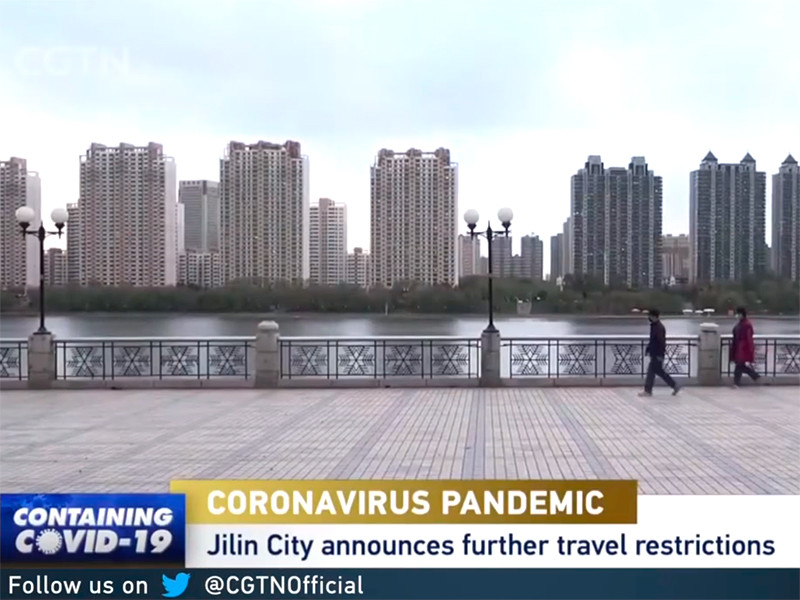 About 108 million people in North-Eastern China was once again under the regime of isolation due to new outbreaks of coronavirus, reports on Monday Bloomberg.

According to him, the restrictions imposed in the province of Jilin (Jilin), where it was recorded 34 new cases COVID-19. In the province suspended bus and train connections, schools are closed, tens of thousands of people quarantined.

“Strict measures have led to the confusion of many locals who thought that the worst for the country part of the epidemic is behind us,” notes the news Agency.

Power Solana – one of the cities of the province – announced on Monday in the Chinese social network WeChat, that they will take stringent measures to contain the epidemic. In particular, the blocking of all residential complexes in the city, where people live with a confirmed diagnosis of “coronavirus” or suspected it, reports “Interfax”.

Only one person from each family residing in such the LCD will be allowed to leave the apartment every two days for two hours in order to buy the most necessary.

A message from Jilin city was terminated on may 13: there was also banned from meeting people and stopped the work of public areas in enclosed spaces – including theaters, Internet cafes and baths, gave the newspaper the South China Morning Post. At that time the disease was confirmed in 21 of the resident. Vice-mayor Gai Dongping called this outbreak a very serious and complex, and also noted that it carries the risk of further spread, writes Forbes.

Those who depart from Jilin province, are obliged to endure quarantine for up to 14 days after arrival at destination. Service delivery mostly suspended and also banned the sale of antipyretics in pharmacies that people did not hide the symptoms.

May 13 at the Jilin city came Vice-Premier sun Chunlan, who led the fight against coronavirus in Wuhan. After it was dismissed five officials, including the Deputy head of the city’s Board of health and head of the Department of health and also local Secretary of the Communist party of China.

Bloomberg notes that in Jilin province there were only 127 cases of coronavirus. At the same time, in Hubei province, which has become the epicenter of the first wave of the spread of new infections, has registered 68 thousand cases of infection.

Chinese officials do not know where it began with the repeated spread of infection. According to one version, the citizens could be infected COVID-19 after contact with those who returned from Russia. Jilin province in the East it borders Russia’s Primorsky territory.

Earlier Monday, Chinese authorities reported that in mainland China over the past day were registered seven new cases of active leakage caused by a coronavirus diseases and 18 asymptomatic patients. Since December last year, the victims of the coronavirus in China, steel 4 633 people, was 82 954 active cases of infection, including 1 704 imported from abroad.

In medical institutions of the country continue to undergo treatment 82, the condition of eight is serious. Cured and discharged from hospitals more than 78 thousand people.

In the Chinese territories outside the mainland during the day, recorded three new cases of infection, all in Hong Kong. Since December last year in three areas 1 540 confirmed cases in Hong Kong – 1 055 (with four deaths) in Macau – 45, Taiwan – 440 (seven deaths).

According to the Johns Hopkins University, in the world of recorded 4,74 million people infected with coronavirus, of which 84 054 in China. First place in the number of cases is the United States, there are almost 1.5 million cases and 89 564 victim’s. In second place is Russia, where, according to the may 18, 290 recorded 678 cases of infection. 2 722 of them led to death.