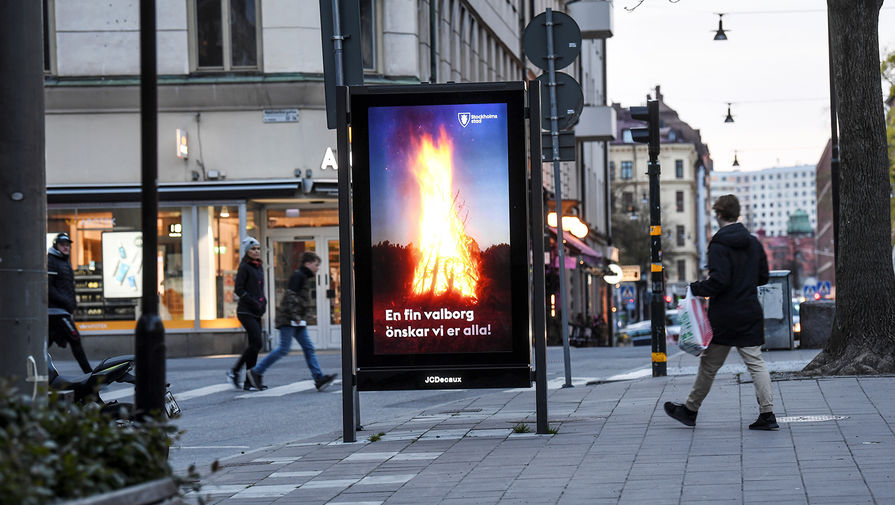 Sweden is the only country in the EU that has not imposed the quarantine, it will inevitably face economic crisis, like all other States that have adopted strict restrictions. The reason for this was the dependence of Sweden on exports, its relationship with the European Union, the closure of borders in the Eurozone, as well as awareness of citizens and their high level of trust in government. Despite the fact that the average business has not suspended its work, Stockholm is preparing for the drop in GDP and unemployment.

In the situation of pandemic coronavirus Sweden was the country of the experiment, whose results in the fight against the outbreak and protect the economy waited with impatience the whole world. It was the only EU member that has not resorted to the introduction of strict quarantine.

First, the Stockholm had not demonstrated effective results — according to the latest data, the country’s 31 identified 523 cases of coronavirus, of which 3 831 fatal.

However, the miracle in this area of Sweden was not expected. However, countries that are prepared to tighten their belts after quarantine, wanted to see what impact on the economy Stockholm the absence of restrictive measures. And, remarkably, it turned out that the financial crisis will not bypass the Sweden side.

Recent estimates by experts show that the economic recession in Sweden in the first three months of 2020, was less dramatic than in other European countries. So, there was a decrease of 0.3% versus an average of 3.8% in the Eurozone. Now, however, Stockholm, like all the rest of the EU, prepares for crisis.

“The economic consequences of the pandemic will be significant”, — stated in the report of the Central Bank of Sweden.

The country’s GDP in the long term could be reduced by 7-10%, which is disastrous figure for the country. In addition, Sweden may be faced with unemployment in the 9-10% this year. Last year this figure amounted to 6.8%.

These prospects are the result of the dependence of Sweden on exports to other EU countries. Due to the competitiveness of industrial products in world markets, Sweden has become a country with a strong export oriented economy foreign trade and wide connections. The opportunity to continue the business cannot offset the huge loss in production of major manufacturers.

“The crisis once again showed us how dependent we are on exports — said the mayor of Gothenburg, Aksel Josephson in an interview with Politico. — Recovery may take longer than people think.”

Experience Stockholm at the outbreak of the coronavirus and its economic impact will be of particular value for the other member countries of the EU, which now has begun the gradual easing of restrictions. In the near future their lives will take place at the Swedish scenario.

Citizens could freely move around the cities, to go to work, go to beauty salons, restaurants, and shopping centers. Schools and kindergartens all this time took the kids. Only at the end of March, the government adopted several restrictions. In particular, they prohibited activities with number of participants more than 50 people and closed nursing homes.

In General, the strategy of Stockholm was based on the recommendations of the citizens were advised to comply with social distance, wash hands, wear mask in public places and work remotely.

Chief epidemiologist of the country Anders Tegnell argued that tough measures and the closure of borders, mostly useless.

Prime Minister Stefan lofven said that in the fight against coronavirus relies on the common sense of citizens. And, by the way, the Swedes met his expectations.

Although they have the opportunity to visit the beauty salon and dine in the restaurants, many have decided not to do this in order to its security. The Swedes have a high level of confidence in the authorities and decided to listen to the recommendations that the business was equivalent to a prohibition of its work. This, in turn, only exacerbated the damage caused to the economy by reducing exports.

Last Thursday, Swedish Finance Minister Magdalena Andersson during the briefing, presented the economic Outlook of the country. She cited the example of sales in one of the clothing shops, its offices are in different countries of Europe, in Sweden, sales fell less than in any other state. However, the difference between Stockholm and Copenhagen is insignificant.

A study conducted by the University of Copenhagen also demonstrates that consumer spending in both countries declined by about the same amount, despite different approaches to the pandemic.

In addition, associate Professor of European law at MGIMO Nikolai Topornin points to the country’s losses in the tourism sector.

“Given the fact that Sweden is a country of the European Union, which is tied to the common economic space, a lot of Swedish production is exported, they receive and import quite a lot — not to say that Sweden has not suffered a loss, that’s just wrong,” — said the expert.

Swedish Finance Minister warned that the country is still faced with the economic consequences of the pandemic. “There is a lot of evidence that big drop in the economy coming in the second quarter,” she said.

“The new enemy”: in Bulgaria threatened not to let Ukraine into NATO