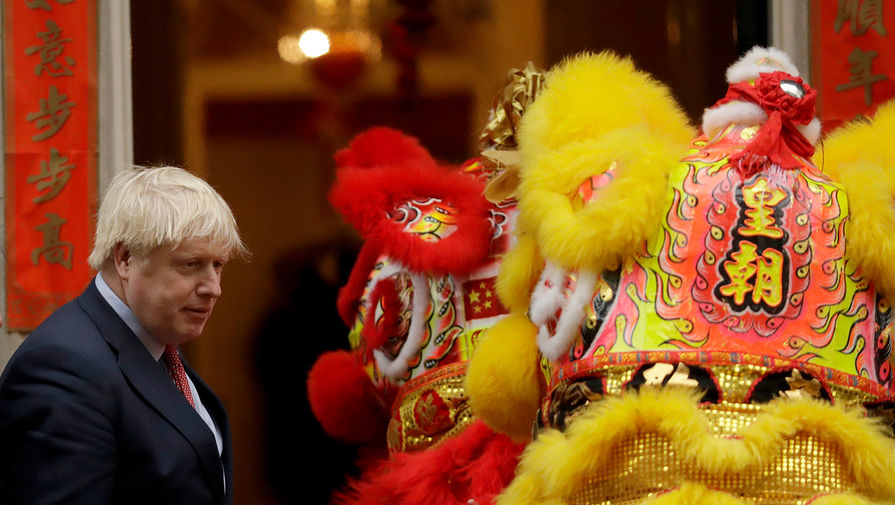 UK plans to get rid of dependence on imports from China. Last week it emerged that the country imports from China goods 289 categories, of which 71 are vital, including those required for pharmaceutical ingredients. In General, London is an increasingly adamant stance against Beijing. This, however, is due not only to the pandemic of coronavirus, but it also shows the course that the United Kingdom can take after the final withdrawal from the EU.

Britain intends to end dependence on Chinese imports. According to The Times, at the initiative of Prime Minister Boris Johnson, the government intends to develop a plan called “Project protection”. His goal is to get rid of the addiction of London in respect of imports from China on the background of the pandemic coronavirus.

According to the publication, members of the government has been mandated to identify major vulnerabilities in the economy for a “potentially hostile foreign governments within the framework of a new approach to national security.” Work in this direction is headed by the British foreign Secretary Dominic Raab.

“Project protection” can lead to the intervention of the government of national production. In addition, the initiative includes work on the supply chain, when British businesses rely on the import of products from China for its production.

Meanwhile, according to the publication, the government established two working groups to conduct a wide work on planning for economic recovery after the quarantine.

The publication, citing a source in the government reported that the work already undertaken on this issue have led to a reassessment of the value system of national security.

Another source reports that the work for the “diversification of supply lines”:

“We are no longer dependent on individual countries in the non-food commodities”.

Last week a British independent public Association “Henry Jackson Society”, based at the University of Cambridge for the study of foreign policy in London, said that the UK depends on China for 289 categories, of which 71 is a vital goods.

Pharmaceutical ingredients required for the manufacture of painkillers and antiviral drugs, and antibiotics are among the goods for which the UK is a net importer. The share of China accounts for about 50% of imports into the country.

However, British society is growing criticism of Beijing and its actions during the pandemic coronavirus. The “Henry Jackson society” also stated that the statements of the PRC in which the government is trying to “avoid responsibility and accountability by deflecting his guilt and the suppression of criticism,” put in doubt the country’s reliability.

The UK was one of the first countries acceded to the US demands to investigate the origin of the coronavirus. In April, Dominic Raab said that London will no longer be able to conduct business with China as usual. He believes that, first and foremost, the international community must investigate and find out how the outbreak started in the fashion industry, why she failed to stop at the early stages and the role of the Chinese government in these events.

“No doubt, we can’t do business as usual after that, he said. — We have to ask hard questions about how it happened and why it was impossible to stop before.”

According to a survey by Survation, conducted last month, the China in British society is becoming more rigid. On the background of the pandemic coronavirus 63% of Britons said they support the idea of government’s adoption of more stringent policies on trade, investment and security against China. 62% said they support the government, returning the manufacturing of medicines from China.

Studies on the dependence of Chinese products was held in the USA, Canada, Australia and New Zealand. The results showed that together the five countries depend on China for 5 910 product categories, of which 319 — required for major industries.

Meanwhile, the government work is still concern over the future supply of medicines. Most drugs that are sold in the UK, are created using a sophisticated supply chain, in which about 70% of the ingredients are made in China.

“Pandemic coronavirus demonstrated the importance of sustainable supply chains to ensure a steady flow of supplies and maintain the movement of world trade. That’s why we are looking at what steps we can take to ensure the availability of diverse supply chains to avoid shortages in the event of a future crisis,” reads the statement of the British government.

One of the sources suggests that the results of both groups will be considered in the planning of the economy after the UK finally leave the EU.

On Wednesday Boris Johnson said that he was going to submit to Parliament a draft law to protect British companies from foreign investors. We are talking about companies that carry particular importance in the field of national security, but find themselves in a difficult financial position. Under the initiative, Johnson’s, in this case, these companies will buy the British government. The Prime Minister said about the need for the development and adoption of measures that “ensure that we protect our technological base.”

The UK approach is shared by other European countries. On Monday, the President of France macron and German Chancellor Angela Merkel called for the strengthening of sovereignty to the EU for medical products.

In early April, Berlin has tightened the rules protecting German companies from acquisitions by investors from countries outside the EU, and later similar rules were introduced in France. Among the countries which have recently introduced certain measures to prevent the takeover of local business by foreign companies, Japan and India.

In the same direction and the European Union. Last week the head of the European people’s party, the largest faction in the European Parliament — stated the need for an annual moratorium on the purchase of European firms by Chinese companies.

“We have to see how the Chinese companies part, with the support of public funding, are increasingly trying to buy up European companies, which are cheap or are faced with economic difficulties due to the crisis caused by the coronavirus,” said Weber.