In the war against coronavirus is all good, according to doctors: auditioning and innovative drugs and those used in medicine for decades and even centuries. For example, our doctors recommend to pay attention to… formaldehyde, aka formalin, which is widely used in the practice of pathologists. “We need to go all the way to defeat the virus. And the idea of using formalin at the stages of prevention and treatment COVID-19 from the medical community, negative evaluations are not yet called”, – told the author of this idea, the doctor of medical Sciences, Professor, a veteran sechenovskiy University Andrey Shestakov. 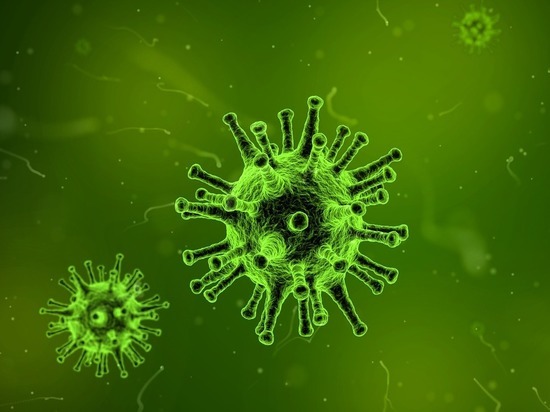 – Andrew M., where did the idea to use formalin?

Well, I would not want the perception of this idea to make consonant with the old and well-known joke: an old and quite deaf to Marshal Budyonny messenger I tried to shout in his ear that Brezhnev was shot. When I answer, then Semyon Mikhailovich suddenly asked: “a sword not tried?”

Issues of etiology, pathogenesis, and especially the treatment COVID–19 – it matters not only today, but also a very long future. It is encouraging to see that the world community, and not only medical, have teamed up to recognise this root. Some progress is being made, but on the whole they leave much to be desired. Scientists and doctors do not give up, continuing the search. So, step by step and together we will get to goal, I am absolutely sure.

I constantly get acquainted with new developments in this direction. Thanks to colleagues who first listened to the arguments that current diagnostics are not developed enough to already in the early stages of hospitalization to successfully distinguish between community-acquired pneumonia and coronavirus, so I combined these into one nosology.

I see how much work today is conducted by the clinicians. Particularly interesting is the position of the Chairman of the Moscow society of physicians Pavel Vorobiev, one of the first suggested the development of DIC in COVID–19, and other scientists who are not only viruses, but also lesions of other organs and tissues, caused by this or similar viruses.

I will not go into genomics research and the search for vaccines, there is also the success are obvious enough. But my attention was attracted by COVID atypical pneumonia that not even pneumonia. Some doctors consider them as pnevmonity (vospaleniya of the vascular wall of the alveoli, accompanied by their scarring) or even as alveolitis (inflammation of the alveoli, which causes fibrosis of lung tissue). And they attracted the attention not by the characteristics of the flow (there is already some clarity), and the proposed treatment options.

In particular, academician Alexander G. Chuchalin proposes to use in their therapy aerosol component in the form of mixtures of helium and nitrogen dioxide. Good composition, in the framework of the implementation of one of the contracts we tested. But enough of the components to not only “Radicati” socket and add oxygen into the cells, but also to suppress the virus, which was chosen by the more and mucous membranes of the nasopharynx and the bronchi? And then I suddenly remembered about our beloved formaldehyde, an aqueous solution of which we call formalin.

– Why formaldehyde? Because it is considered a very harmful substance.

With formaldehyde, but rather from its 40% aqueous solution called formalin, we at one time had to work long enough. First, I want to remind you that this is a very volatile gas. Place the jar with the solution – and in a few minutes you will find his traces everywhere. That is, in the alveoli it will be added directly and without unnecessary search traffic patterns in the body. If you splash a bit on the floor, falling into a light guaranteed.

Secondly, according to many foreign sources even twenty years ago, he showed his very significant step for deactivation of viruses. However, I note that all these studies were conducted only in vitro (on cell cultures), the data of clinical use are not met.

Well, about the harm… Formalin is harmful, is without a doubt. But… all of our pathologists work with formalin fixed material the years and some decades. They are constantly breathing formalin. Did anyone of them cancer of the lungs? Well knowing this anatomical world, I will answer: I have never met. Yes, even obstructive pulmonary disease they do not suffer.

At the time I went through the school of academician Vladimir V. Kovanova in his laboratory on transplantation of organs and tissues. We have developed various grafts, and conservation bodies for further clinical application was carried out with formalin. We actually lived “in formalin”.

At that time we worked in the same lab with many still alive by academics, for example, with Leo A. Bockeria. By the way, are all graduates of medical schools pre-reform times, when a year and a half studied anatomy, and then a year topographical anatomy, that formaldehyde inhalation in the proper degree, and in concentrations exceeding the MPC in order. And all fills cadavers (preserved human body, or its fragments – Ed.) on which they were trained, usually held a ten percent formalin solution.

Represent the concentration of this substance in the air, given the limited space? So I assume: devil is not so terrible as he is painted. So how will the formaldehyde, once in the “depot” most of these viruses, which they had chosen themselves in mucous, I would have suggested you to look at.

– Are you suggesting that we all begin to breathe with formalin?

– God Forbid! “Primum noli nocere” or “first do no harm” – this postulate for physicians remains sacred. It is necessary to analyze this story, and not at the level of discussions and case studies. I mean application in the clinic.

Regarding the use of formaldehyde as a means of treatment, I do not see this large of contra-indications. Again, I refer to a favorite teacher. When he said that the Commission comes, will crops to take and we ought to all bleach wash, he usually answered: “What the bleach? A jar of formalin put in the evening and tomorrow they are no living microbe will not find here”. He even in time of war, a chlorine-containing substance inhaled, and kept them very less. Maybe in some places you will need to install the camera for processing Sizov. And then formalin can be very helpful.

Terms of use I have a few thoughts. For example, you can use formalin as a treatment of the same entrances and facilities. If we say that the virus is introduced into the mucous membranes of the nasopharynx and bronchi, and there starts to frantically multiply, why in the early stages of the disease (when there is already loss of sensitivity that is caused by the action of the virus in the mucous membranes) not to miss patients through the course of air baths with the addition of formaldehyde?

– You speak about the need for research. As they can be done in practice?

– In principle, there to reinvent the wheel, do not. Everyone who is engaged in scientific research, this entire process is know as “our father.” In a simple experiment on mice or other animals, dividing them into 3 control groups, it is possible to study the effect of formaldehyde, as in the mode of prevention, and the treatment already patients. However, with the word “simple” I got slightly excited for the possibility to simulate viral infection in experimental animals – it is the prerogative of special labs, that these agents work. Us in the rules of admission to experiments that do not succeed. This is the problem. But I hope that someone to do this venture.

In General I have already addressed this proposal to the medical community. No one thought did not cause rejection, and some entirely support it. Hope to check this out experimentally.

Solved the mystery of the appearance of life on Earth

Bolide over Siberia burned up in the atmosphere, said the expert

In Russia began development of a new satellite communication system

The most simple method of disinfecting protective masks