Anti-malarial drug hydroxychloroquine, which the President of the United States trump began to take to prevent the coronavirus, led to increased mortality among patients undergoing treatment in hospitals worldwide. 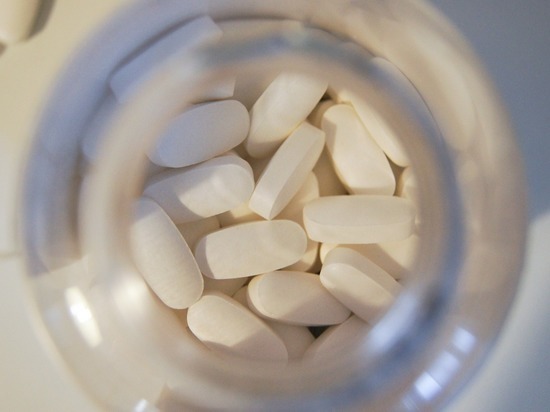 Scientists believe that the results of the conducted large-scale study of the use of hydroxychloroquine and its older version, chloroquine, this drug is more should not be given to patients with COVID-19, except in proper conditions of scientific research.

The findings of scientists is contained in an article published in the medical journal Lancet. According to the authors, the desire to use anti-malarial drug throughout the world may be unfounded, as significant numbers of doctors are prescribing it without a necessary reason. It is known that the drug can cause cardiac abnormalities, but many argue that it is safe for long-term use in the treatment of malaria.

On the use of the drug when infected COVID-19 widely spoke after a French doctor Didier Raul said that he treats his patients in the hospital La Timone in Marseille. The US President, trump said that hydroxychloroquine is less toxic than the initial chloroquine is a healing tool, and later stated that he takes it against coronavirus.

Drugs reasonably safe for patients who are treated for malaria, but COVID-19 is a completely different disease, writes The Guardian.

Authors of research articles in the Lancet have collected the results by more than 96 thousand of 671 patients in the hospital who took one of the antimalarial drugs with antibiotics (such as azithromycin) or without, in the period from 20 December to 14 April.

The mortality rate among all groups, taking these drugs was higher than among people who did not give them.

Probably, these statistics are not quite correct, not taking into account differences in age, gender, overall health and stage of the disease patients. But the authors of the study say that, even given these differences, the mortality rate among those who took the drugs were still higher.

The team of scientists also found that serious cardiac arrhythmias, which cause a fast and irregular heartbeat the bottom of the heart, were more common in all groups who received one of the four above mentioned treatment regimens. The largest increase was in the group receiving hydroxychloroquine in combination with an antibiotic, where 8% of the patients developed cardiac arrhythmia, compared to 0.3% of patients who were not given medication.

“This is the first large-scale study that has found statistically reliable evidence that treatment with chloroquine or hydroxychloroquine does not benefit patients with COVID-19,” says the study’s lead author and Executive Director of the hospital Brigham and Women’s Hospital (Boston) Professor Mandeep R. Mehra.

Other scientists have suggested that these drugs should no longer be used in the treatment of coronavirus, with the exception of carefully controlled clinical trials.

Associate Professor of the medical faculty of the University of Leeds Dr. Stephen Griffin, believes that made in the article, the findings “are potentially a landmark study for the treatment COVID-19”.

“Although it is not a placebo-controlled study, a study of this magnitude conducted with strict and careful analysis, is really powerful”, he said. – Although for sure confirmation will require controlled trials, there are indications that these drugs certainly should not be used outside of test conditions, where patients can be tested for the presence of complications.”

Professor of pharmacoepidemiology at the London school of hygiene and tropical medicine Stephen Evans, said that it is unlikely that the test will find any significant benefits from these drugs for the treatment of COVID-19.