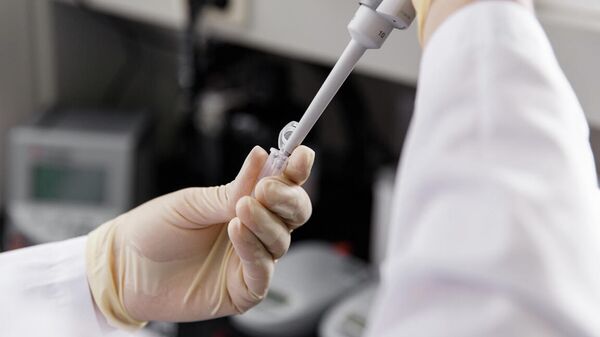 The researchers compared antibody two coronaviruses — SARS-CoV that caused the 2003 epidemic of SARS and the new coronavirus SARS-CoV-2. It turned out that antibodies to one virus contact with others, but do not protect against infection. The study is published in the journal Cell Reports.

The virus SARS-CoV responsible for the outbreak of severe acute respiratory syndrome (SARS), known as atypical pneumonia, is very similar in its structure to the new coronavirus SARS-CoV-2. Approximately 80 percent of their genomic nucleotide sequences are identical.

They have the same mechanism of penetration of these viruses and infecting healthy cells. During this process, the receptor-binding domain (RBD) of the spike protein, S-protein, which is located on the surface of the coronavirus that binds to the receptor ACE2, human cells, inducing fusion of the virus with the host cell.

In 2002-2003, more than eight thousand people worldwide are ill with SARS, and they have developed antibodies to SARS-CoV. Naturally, scientists wonder whether these antibodies can protect against SARS-CoV-2, creating the so-called cross-immunity, or Vice versa, will strengthen the disease.

This question is important from the point of view of the development of vaccines against SARS-CoV-2 — will you be able to make it universal, protecting the next wave of the epidemic, or will have to recycle it for each new strain of the coronavirus and others like him that can sooner or later appear.

Chinese scientists in collaboration with their colleagues from the USA and Hong Kong analyzed the blood samples, which for some time were taken from 15 patients infected with SARS-CoV-2 in Hong Kong. 11 days after the onset of symptoms, five of them have antibodies able to bind to the RBD and other parts of the S – protein as SARS-CoV-2, and SARS-CoV. After a few months, these antibodies were already detected in seven patients.

These results show that infection with one coronavirus causes the production of antibodies that can communicate with another, i.e., cross-reactive antibodies.

Similarly, five samples of blood from patients infected with SARS-CoV, had neutralizing antibodies against this virus, but none could cross-neutralize SARS-CoV-2.

The authors conclude that antibodies to different coronaviruses, though, and are cross-active, but not induce cross-immunity. Additional experiments in mice confirmed the findings of scientists.

“Since the outbreak of coronavirus infections are likely to continue to represent a global health risk, examines the possibility of developing cross-protective vaccines against multiple coronaviruses — presented in a press release publishing the words of one of the study’s authors Chris mocha (Chris Mok) of the Hong Kong University. Our results suggest that cross-neutralizing antibodies to coronaviruses are not produced by the immune repertoire of a human”.

Scientists say that crucial to the development of a universal vaccine would have the discovery of monoclonal antibodies cross-protect against different coronaviruses in the long run. And for this, further research is needed to identify the parts of the virus are crucial for the formation of a cross-protective immune response.