Ausra Revocate from 1982 lived in the Kazakh glacier, observing its changes. It named the top one of the mountains. But what made this young woman dedicate his life cold and alone? 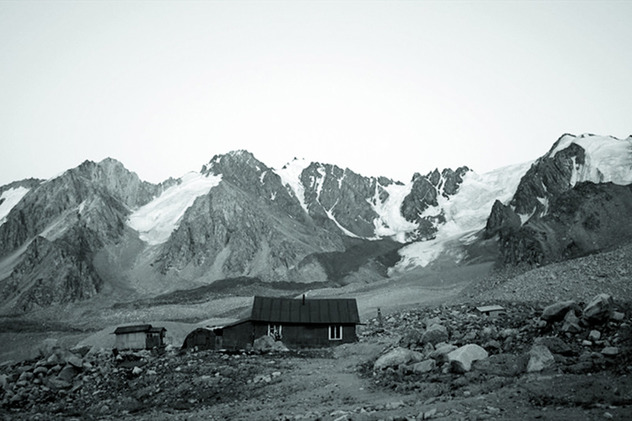 Lithuanian Director Audrius stonis made a documentary about his compatriot, who for more than 30 years ago went to live on a research station in Kazakhstan. The movie was filmed three years, during this time, the Director made four expedition, trying to uncover the heroine, but she remained as mysterious as the mountains themselves.

“My position was very naive. If you live 30 years in loneliness, we begin to talk about his life. She didn’t talk to us.” 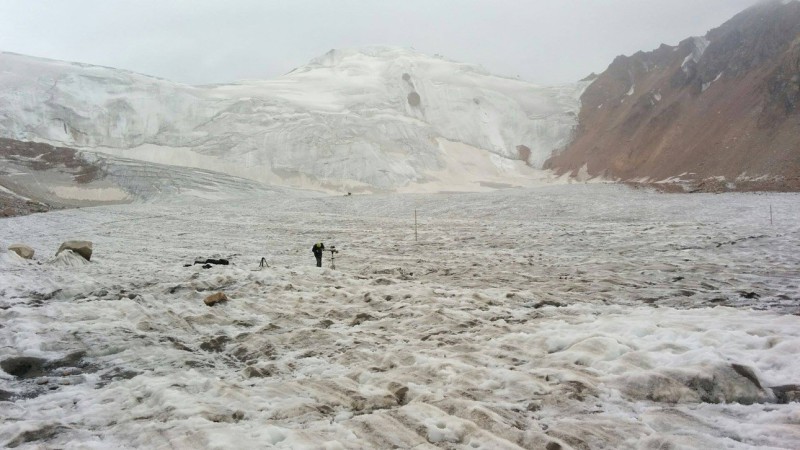 Due to the closure Ausra movie came out almost silent. But the Director still found a man who could tell me something. It was a Kazakh musician — he stated that he knew a similar legend and is willing to share it, and then silently started to play the dombra.

To the bewilderment of the Director, the musician replied that he could tell the story just like that, without words, performing the millennial melody of “Yellow”. The whole film is the stunning views, the sounds of the dombra, the conversation of a woman with a dog and her story about how she fed the tourists potato pancakes. 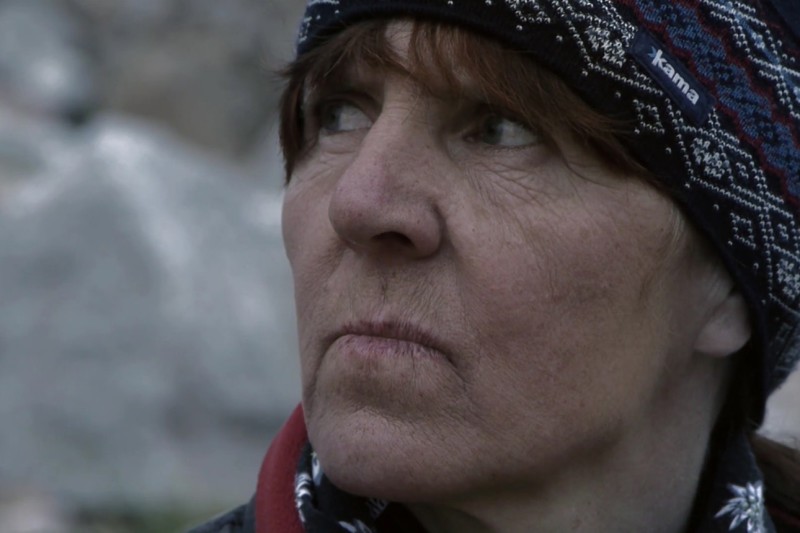 “The operator spoke in a whisper. Why I didn’t want to talk loudly, as if that all could be destroyed. I felt that the heroine is mentally very close to me”.

Ausra lived and worked on the station, kept aloof from the people and only occasionally smiled. The Director noted that the woman clearly indicated the distance at which it can be approached — no trespass.

“She showed us the valley of the crystals, but not be allowed to withdraw. For her it is a Holy place.” 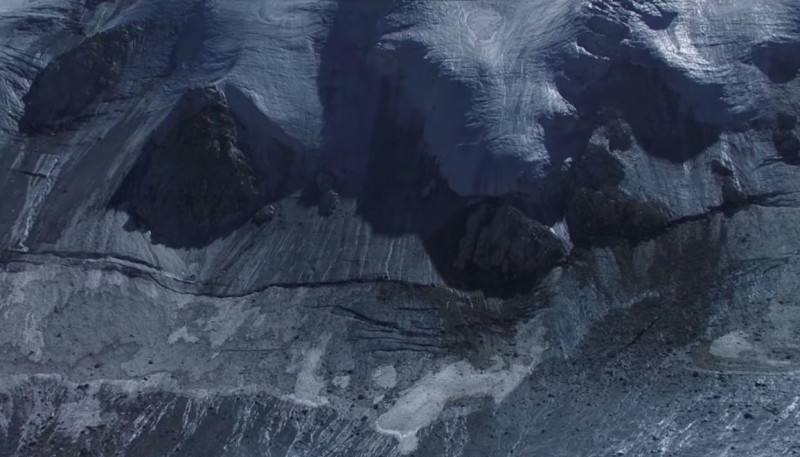 In 30 years female and glacier became one, her mood depended on his condition. But, according to the observations of the Director, was feedback — when Ausra bad mood, a storm. A storm in one of the shots happened just after the crew had a dispute with the recluse.

“Ausra has experienced some sort of tragic history, and in the mountains, came to live. Once she showed the stone, under which would like to be buried.” 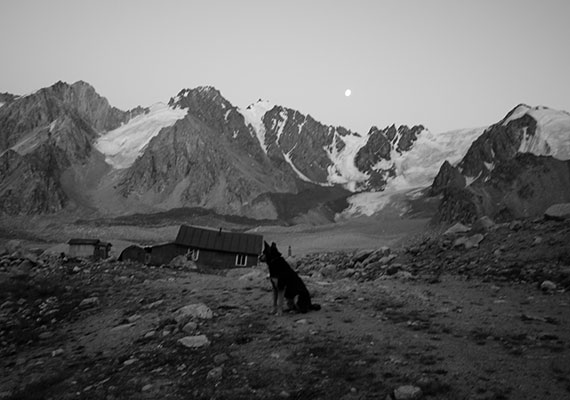 The longer delayed the shooting, the harder it is them to continue. Ausra was angry when violated her personal space, she turned away. The fourth expedition she altogether disappeared from the frame, leaving only the mountains. Who she was before moving, so why do it? Mystery. The Audrius stonis to know is that she has no family and relatives.

Footage of the incredible beauty of the glacier and the relationship of the heroine with a cat and a dog changed her departure. Ausra’s sitting in the bus, wiping the tears and hiding from the camera. Where she went — the Director doesn’t know. Perhaps moved to another station in the mountains. The stonis sure that she can’t live without mountains.

But the film is not only about loneliness of a particular woman, it’s about civilization, invading nature. 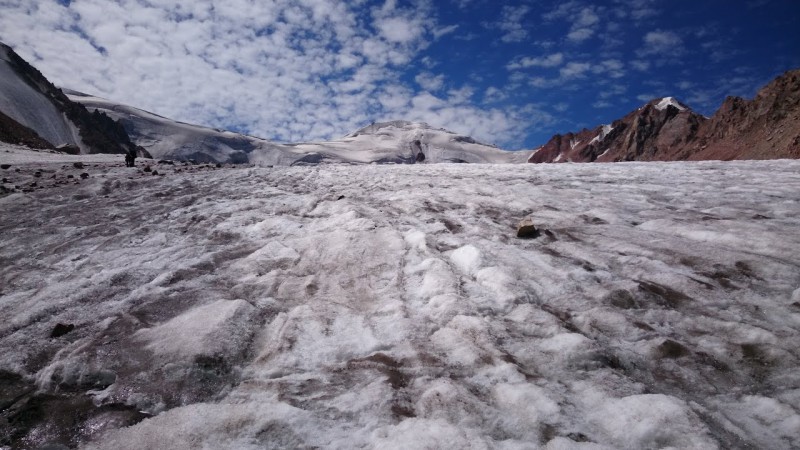 It contains archival materials 1956-1958 years, the time of construction of the station. Worked here for 15-16 people. At the time of filming the station was closed, its place had to take military training. In the last expedition of the Director in the once deserted place a lot of soldiers remaining behind the scenes. 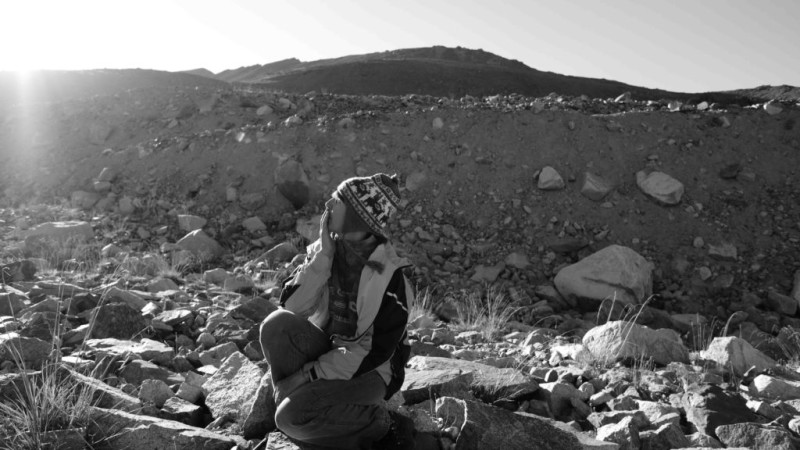 The embodiment of a new time in film becomes Kazakh Roma. It carries tourists into the mountains and not attach much importance to the nature — screams, jumps, but then disappears. As suddenly as the main character. 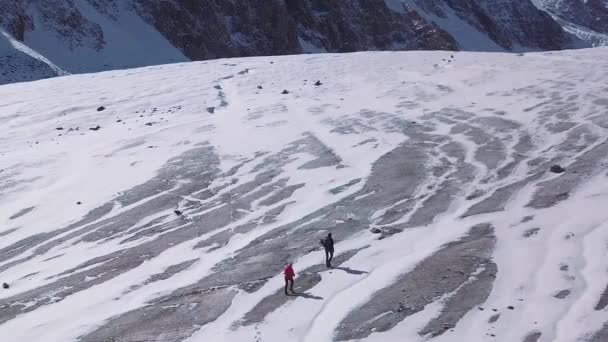