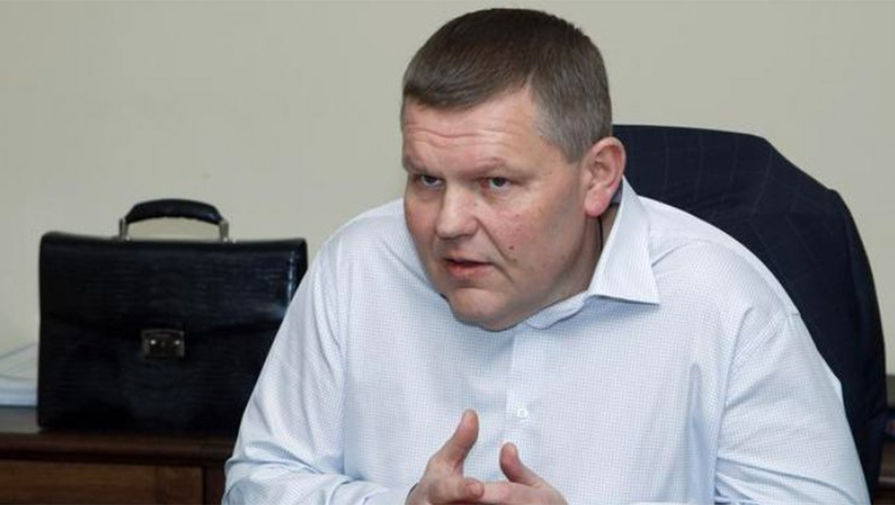 The body of the people’s Deputy of Ukraine Valeriy Davydenko found in the toilet of his office. The policy a fatal gunshot wound. As noted by colleagues of the Deputy, he could not commit suicide. However, the police and the Prosecutor’s office will check all versions happened, including murder and staged suicide.

Ukrainian militiamen carry out investigative actions in connection with the discovery in Kiev of the dead Deputy of the Verkhovna Rada Valeriy Davydenko. As noted by the Deputy Minister of internal Affairs of Ukraine Anton Gerashchenko, politics gunshot wound.

“Today in Kiev, in his own office, the toilet, the body was found people’s Deputy Valeriy Davydenko with a fatal gunshot wound”, — he wrote on his page in Facebook.

Police and prosecutors are working on “all possible versions of the tragedy,” including murder, suicide and a staged suicide, said Deputy Minister in the comment “RBC-Ukraine”.

“The complex of urgent investigative and operational activities to clarify the circumstances of the death of the people’s Deputy from Chernigov. Including removed recordings from numerous cameras in large quantity nearby the place of incident”, — said in the post, Gerashchenko in social networks.

But Gerashchenko was not the first who reported the death of Ukrainian MP. So, first about the body of Davidenko wrote on his page in Facebook the people’s Deputy from “Oppositional platform For life,” Ilya Kiva. He said in a conversation with “Straniu” that dead Deputy found the cleaning lady in the evening of Saturday, may 23. Near the MP was reportedly found the gun.

According to former MP Igor Mosiychuk, the Deputy death look like a suicide. At the same time, colleagues Davydenko not believe that he could commit suicide.

“I don’t believe the version of suicide, he man is absolutely not suicidal. He was always very cheerful, humorous attitude to everything, loved his wife and children. This is clearly a murder. Saw him last at the meeting of Parliament, March 20. He was, as always, in a good mood. We don’t know yet where and when will farewell and funeral. We are in deep shock from this news, as all” — said in comments “Strenia” group member “the Trust” Sergey Shakhov.

On the website of the Verkhovna Rada stated that Valery Davidenko was born 16 March 1973. It is a non-partisan independent candidate, the member of Deputy group “Trust”.

In the Parliament of Ukraine was elected by 208 th district in Chernihiv region, where, according to “Stranie” is “agrodom” which General Director it was previously. This company is engaged in processing and marketing of agricultural products. The publication notes that the MP in 2017, said that in 2013 “got rid of its agribusiness — when I went to people’s deputies”.

Now in this district will re-election. According to the Ukrainian edition, in the district from which previously played Davydenko in Parliament, will the leader of the Radical party Oleg Lyashko.

At the same time, the material “Stranie” talk about property, most of which allegedly transferred to the relatives of the MP. So, the newspaper notes, his family “recorded a lot of apartments in Kiev, several firms related to the agricultural sector, several of them written to the mother of the MP”.

He informed Davydenko was allegedly a business partner of ex-Finance Minister Yuri Kolobov, having with him, “Terra Bank”, adds media.

The MP was a “member of the Verkhovna Rada Committee on issues of economic development, member of the inter-parliamentary relations with the Czech Republic, Hungary, Brazil, UAE and Argentina.” In the previous Parliament he was MP from the faction “block of Petro Poroshenko”. And during the reign of Viktor Yanukovych in 2013-2014 — Davydenko held the position of Deputy Minister of agrarian policy and food of Ukraine. At the same time he engaged in business. The politician is survived by two daughters.