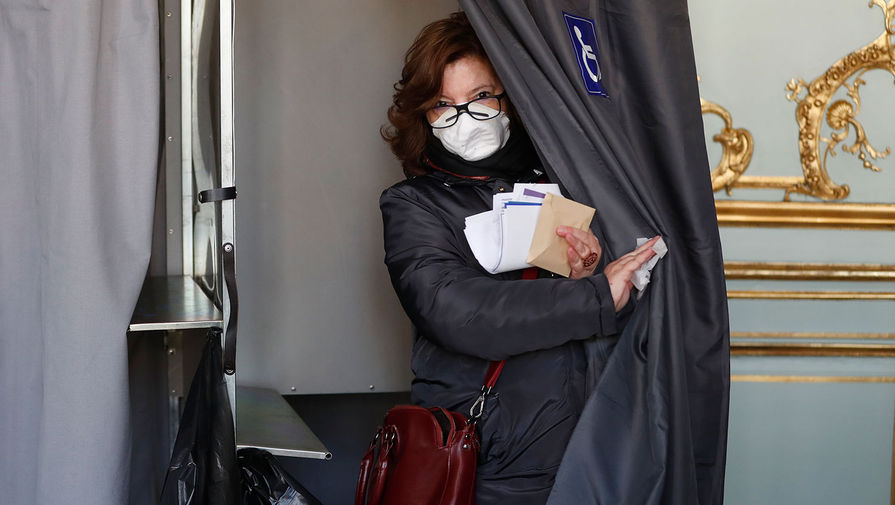 France has appointed the second round of municipal elections that was held on March 22. Government will hold vote in late June, although initially considered a variant of the organization of the elections in the fall. Quick open areas may play into the hands strengthened their ratings of the ruling party, which has shown not the best results in the first round.

The French government has decided to hold a second round of the March municipal elections, postponed because of the spread of coronavirus COVID-19, June 28. The corresponding statement on Friday was made by Prime Minister Edouard Philippe. “We present 27 may the President of France Emmanuel Makron the decree on conducting the second round of elections on 28 June,” said Philip.

The authorities chose the closest of the possible options of voting. At the end of April — beginning of may, the French media wrote that the second round of elections will be held before the end of September. The radio station France Info, citing a source in the government, even claimed that the government has prepared a bill that establishes a two-stage vote on 27 September and 4 October.

However, before it became known that the Prime Minister refused to option the fall elections, as they considered undesirable alignment of the ballot with the beginning of the school year.

“The Prime Minister has spoken strongly against September and autumn in General, saying that either in June or in January,”

— leads the French press words of the head of the opposition party “the Republicans” Christian Jacob. The possibility of elections after January 2021, the government has not been at all.

The second round of municipal elections in June, a week ago, demanded the mayors of about 30 cities in France. In their joint statement they indicated that the threat of the second wave of the epidemic in the country requires “a speedy installation and stabilization” of local state institutions.

The final decision of the authorities has coincided with the position of the academic Council. The experts concluded that the elections could be held in June if the government will take additional measures to reduce the risk of the spread of coronavirus. In particular, it is required to develop a program to change the conduct of electoral campaigns.

Probably the program of the vote and additional security measures will be known after the receipt by the President from the government at the end of may of the relevant decree. At the same time for 15 days prior to the date of voting of the scientific Council intends to hold another consultation.

The authorities and the ruling party “go Republic!” is also beneficial for the early completion of the history of municipal elections.

Him and his party “Go Republic!” since the election is rapidly losing its popularity. The reason was the conduct of the overly right-wing policies, met resistance from sufficiently broad strata of the population.

The increase in fuel prices, which the government has explained the concern about the environment, changing employment legislation, depriving students of privileges, the return of the practice of taxation of pensioners — these and many other factors caused the growth of discontent, which was reflected in the protests of “yellow jackets” has been in progress for more than a year.

However, the pandemic coronavirus has slightly changed this trend. In April, the level of support for the French President has risen to 51% — 14% more than in February.

In a pandemic macron rehabilitated. Because of the coronavirus, many governments have given enhanced powers in connection with the introduction of the emergency. International media reported that some of the political leadership can take advantage of the situation to make unpopular bills. However, the French leader not only did not do, and halted all reforms, including the pension, while the country is fighting the pandemic.

However, now the trend has been reversed on the decline: in just a month support for the French activities of the head of state has fallen to 43%.

However it is still keeps your level of Edouard Philippe, supported by 46% of the population. This is important because the Prime Minister in the second round of municipal elections will try to be reelected for mayor of Le Havre.

During the first round he managed to get 43% of the votes — just 8% more than the candidate of the left Jean-Paul Lecoq. For the head of a national government this indicator can hardly be considered successful.

And in General in the first round game of the Macron showed not the best results. Many large cities have taken control of the opposition party. In Lyon, besançon, Strasbourg, and Grenoble, the leading positions were from the green party. In Paris, the championship was taken by the socialists.

This can partly be explained by the fact that the party Rules the current municipal elections were the first. “Go Republic!” was created for the parliamentary elections of 2017, the party has not managed to gain a foothold in the field and gain a strong base of support.

In the second round the supporters of Macron can improve your results not only by consolidating around their candidates of supporters of other parties, but also thanks to the support of a population taken to combat coronavirus measures.

Initially the second round was held on March 22, a week after the first. March 15 first round was held despite the fact that even then the country had recorded nearly five thousand infections.

Precautions tried to comply. People in masks and gloves with the hands and printed the ballots came to the land, where they could take advantage of the antiseptic. Was labeled to comply with the voting range, for elderly organized a priority vote.

Perhaps the authorities simply did not have time to cancel the vote. After all, the same day when it passed, the country began to operate the new restrictive measures. Shortly before that, the epidemiological situation in the country deteriorated sharply. Today France has more than 182 thousand confirmed cases of infection, almost 64 thousand people have recovered, another 28 thousand — died.

On may 11, the country began to gradually lift the restrictions, but the state of emergency was extended in country until July 10.