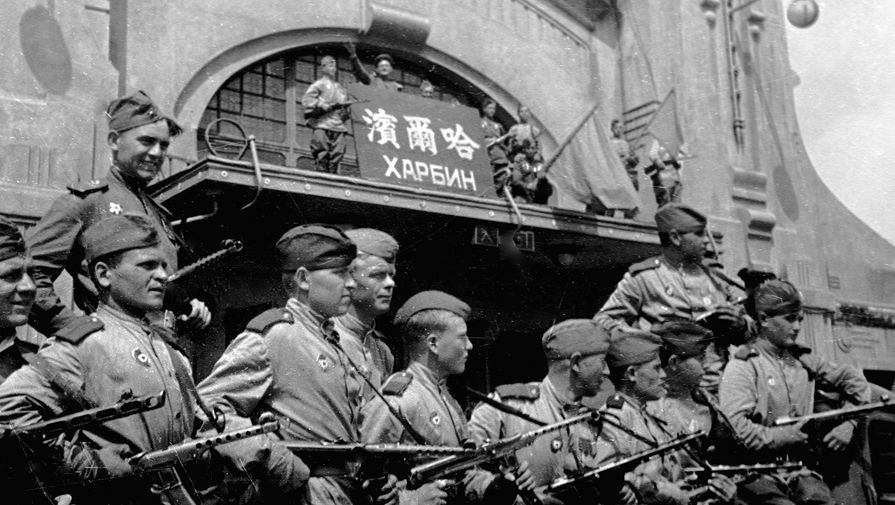 China along with Russia are ready to defend the results of the Second world war, said the head of the Chinese foreign Ministry Wang Yi He also said that Beijing intends to adhere to the principles of the UN Charter and to resist “all forms of unilateralism” in the international arena. At the same time, according to Wang, some us politicians are trying to put China and the United States to the brink of the cold war.

The Chinese government is ready together with the Russian authorities to vigorously defend the results of the Second World war. As reported TASS, at a press conference said the Minister of foreign Affairs of the people’s Republic of China, member of the state Council of China Wang I.

“China is ready together with Russia to resolutely defend the results of the Second world war, to adhere to the principles of the UN Charter and basic norms of international relations and oppose any forms of unilateralism”, – said the Chinese official.

According to him, China is ready to strengthen bilateral cooperation with Moscow in different formats such as the UN, BRICS, SCO and the “Big twenty” (G20) to prepare for the future after a pandemic coronavirus to the changes in the world.

Wang also said that some U.S. political forces are trying to push China and the United States to the brink of a new cold war. “This is a dangerous attempt to change the will of history, it can jeopardize the stability and prosperity of the world. Wise people with good vision on both sides have to step forward and stop it,” said the Chinese official, noting the constructive nature of relations between Washington and Beijing established earlier.

He also said that China has no intention “to replace” the United States on the world stage, but Americans have to stop trying to “change” China and prevent “March 1.4 billion people toward modernization.”

Finally, Wang said that the U.S. government should abandon illusions about the situation with Taiwan. According to him, Beijing is determined “to protect national reunification.” He also urged Washington to “understand the sensitivity” of the Taiwan issue and “follow the principle of one China”.

Recall that in the January elections in Taiwan won a landslide victory by Tsai Inven, representing the Democratic progressive party. The politician opposes rapprochement with China. According to Tsai, the formula of “one country, two systems” proposed by the Chinese Communists is unacceptable.

Taiwan is an independent state since 1949, the island is controlled by the administration of the Kuomintang. Chinese nationalists led by Chiang Kai-shek was defeated in the civil war, losing to the Communists led by Mao Zedong. Taiwan retained its own flag, currency, and other attributes of the sovereign Republic of China. However, China considers the island one of its provinces. For a long time – until 1971 — that Taiwan instead of China represented China in the UN.

May 11, Communist China has opposed the rewriting of the history of the Second world war, and the belittling of a role of China and Russia in the Victory, said the official representative of the Chinese foreign Ministry Zhao Lijiang.

According to him, as the two main victorious countries and the permanent members of the UN security Council, China and Russia adhere to widely accepted views on the outcome of the Second world war.

“We stand against the rewriting of history,” stressed the foreign Minister. He recalled that in a recent conversation with Russian leader Vladimir Putin, Chinese President XI Jinping has drawn attention to the fact that the Soviet Union and China during the war suffered a tremendous sacrifice, and made an enormous contribution to the Victory, and this historical fact should not be forgotten.

While Beijing insists that the international community must ensure that the outcome of the Second world war, international justice and an impartial assessment of its outcomes.

Putin said earlier that those who seek to rewrite history and lay the blame for inciting the Second world war on the Soviet Union, who lost her 27 million of its citizens, there is no excuse. The Russian foreign Minister Sergey Lavrov, in turn, expressed the view that the West is deliberately silent about the decisive role of the USSR in the victory over Nazi troops. Previously, a number of EU countries, particularly the Baltic States, argued that the Soviet leader Joseph Stalin have an equal responsibility for the outbreak of the Second World with the Fuhrer of the Third Reich Adolf Hitler.