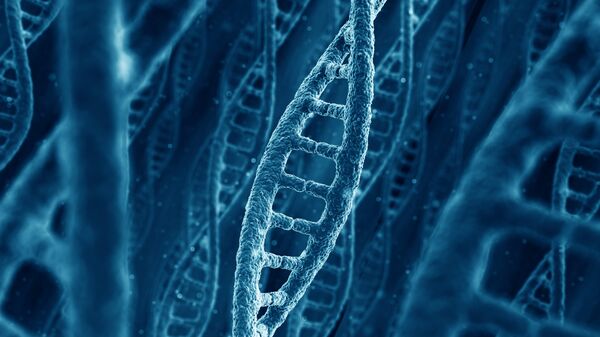 Cosmic rays have played a special role in the origin of life on Earth, say researchers at Stanford University. The results of their work published in the Astrophysical journal.

It is noted that high-energy particles that penetrate the planet’s atmosphere could affect protoorganisms, forcing them to develop essential to all living organisms present homochirality or the same chirality.

Chirality — the property of a molecule to form two forms that are related to each other as mirror images. To this property was shown, the required chiral center of the molecule, the atom with several alternates. Such a center exists in DNA, RNA and amino acids. In living organisms, the compound is homochiral, that is presented in a single chiral form, and when injected into the body, the mirror isomer of this compound, it will not perform its function and all biological processes involving this molecule will be different.

The researchers suggested that homochirality brought cosmic rays, namely the muon — polarized magnetic particles of the residual rays which are dispersed in the atmosphere. These particles exist for only two millions of a second, and then disintegrate into electrons with the same the same magnetic orientation.

According to the authors of scientific work, the penetrating power of muons and electrons their child could affect chiral molecules on Earth. So, they believe, initially cosmic radiation have a different impact on the evolution of two chiral forms of molecules, which one of them started to prevail over another. Thus, the right-hand DNA and RNA have evolved with greater speed and become more stable and suitable for living organisms.

In addition, the researchers suggest that in the presence of other types of life in the Universe carbohydrates in their DNA arranged in a right hand configuration as well as living organisms on Earth.