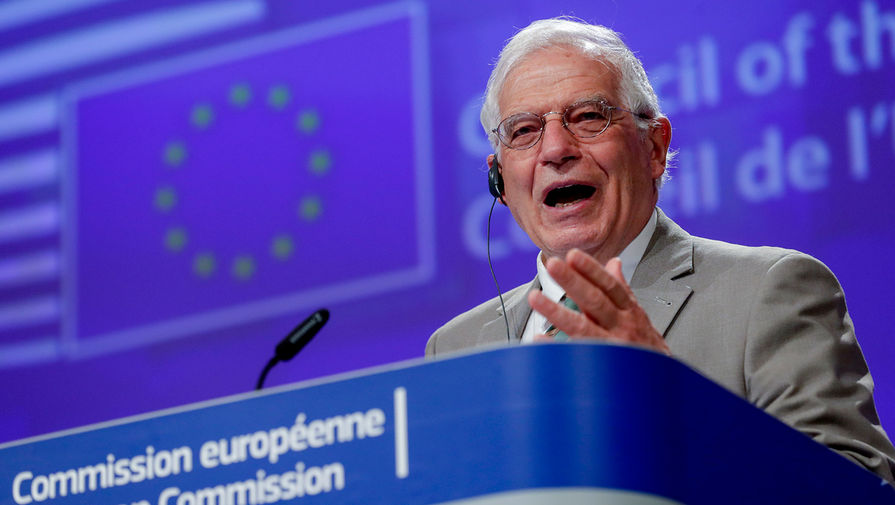 The EU should engage with Russia, said the head of European diplomacy Josep Borrell at the meeting with the ambassadors of Germany. One reason is the mutual dependence in the energy sector, as Europe buys gas from Russia. The Borrell noted that it is necessary to find a balance between sanctions and cooperation.

The EU needs to find a balance between the anti-Russian sanctions and cooperation with Russia, says the chief of EU diplomacy Josep Borrell. The opinion he expressed, speaking at a videoconference with the heads of diplomatic missions of Germany.

“We need to selectively cooperate with Russia on issues that are important to us. This does not contradict the fact to be solid. We need a reasonable balance between hardness and sanctions against Russia and cautiously tried to communicate on the electoral areas,” he said.

Borrell noticed that the countries-members of EU “we need a Frank discussion” in Russia.

He also reminded the diplomats that the EU and Russia are linked in the energy sector, suggesting the need to build trust.

“We must remember that in the energy sector there is a mutual dependence, which I need not remind you of Germany. We need to buy gas, and they [Russia] to sell. Let us, therefore, to invest in achieving better understanding between us and how we can build trust to move forward together,” drew the attention of the participants of the conference Borrell.

In March of this year, before it was introduced quarantine measures worldwide due to the spread of the coronavirus COVID-19, Borrell noted that he would like to visit Russia. As the purpose of the trip from indicated the intention to discuss issues of bilateral cooperation. Then he said that the EU should strengthen cooperation with the Russian side on a number of topics, including climate change, Syria, Libya.

At the same time, Borrell has stressed that his desire to visit Russia should not be “how extraordinary.” According to him, he would like to meet not only with Russian foreign Minister Sergei Lavrov and with President Vladimir Putin, the authorities will be ready for an intensive program of meetings.

Relations between Russia and the West deteriorated in 2014 because of the situation in Ukraine and the annexation of Crimea. Once in Ukraine there was a coup, the authorities of the Crimean Peninsula held a referendum. The turnout was more than 90% of citizens who can vote. Most of them were in favour of reunification with Russia. After that, in March 2014, Russian President signed a decree on the formation of the Peninsula part of the country.

This decision did not recognize a number of European countries, Kiev and Washington. So, Western countries have accused Russia of meddling in Ukraine’s internal Affairs and imposed sanctions against it. Moscow retaliated and took a course on import substitution. While Russia has repeatedly stressed that it is not a party to the conflict, which still continues in the South-East of Ukraine. The referendum, stressed in statements to the Russian authorities, was held in accordance with international acts.

Russia said that the sanctions policy is counterproductive, and it affects European countries themselves. Partly recognize this, and in Europe, in connection with which in recent times increasingly heard calls for the lifting of economic restrictions.

For example, two weeks earlier, this was stated by the Deputy of Bundestag, member of the international Committee of Waldemar Gerdt. He noted that it is necessary to lift sanctions in respect of Crimea and to restore international cooperation with the Crimean region.

“Pandemic is changing our world and the whole system of international relations. We must create a safe space in which there should be no sanctions. We are working on the lifting of sanctions against Russia and Crimea”, — he said in comments to RIA “Novosti”.

He drew attention that needs to be cleared of all ideological barriers, which prevent and block the international relations of the Crimea. “Today it is obvious to everyone that these sanctions are insignificant and not needed. We will do anything to relieve those sanctions to work together to overcome all difficulties,” — said the politician.