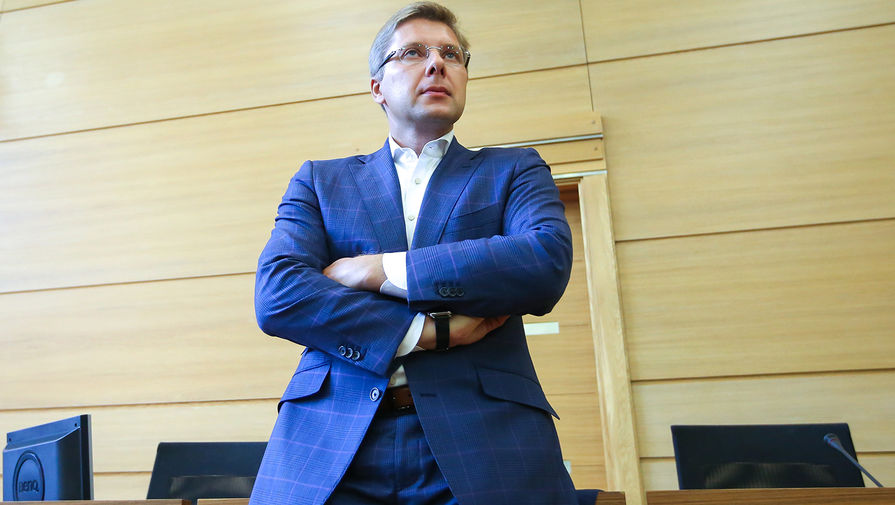 Ushakov refused to “save” his former party “Consent”, representing the interests of Russian-speaking electorate in Latvia, elections in the Riga Duma. Three months before the vote, the partners of ex-mayor of the Latvian capital show poor results in surveys and can with high probability for the first time in 10 years to lose the majority.

Former Riga mayor, now a member of the European Parliament Ushakov refused to participate in the upcoming early elections to the city Duma. According to him, he’s not going to be a “trump card” social democratic party “Consent”, representing the interests of Russian-speaking residents of Latvia.

“We can speculate that perhaps the current position of “Consent” a little weaker than before. If we have a situation where we have a weakened position, will decide my participation in elections, the possible temporary weakness can develop into a permanent,” — said Ushakov, the TV channel TV3.

The Riga city Council was dissolved at the end of February, and initially the vote was to be held on 25 April but on the background of deterioration of the epidemiological situation in the midst of a pandemic coronavirus COVID-19 final date was postponed three times. Currently, elections are scheduled for 29 August.

The situation with coronavirus in Latvia is gradually improving, therefore, the government has already commenced the removal of restrictions imposed to combat the epidemic. However, according to Ushakov, the holding of elections even at the end of August is causing some concerns.

Besides the obvious organizational issues and safety measures former Riga mayor pointed out the risk is very low voter turnout — people are afraid to go to the sites. In such circumstances, elections will not be able to ensure the interests of all residents of the capital, said Ushakov, and also raises the question of fairness of future campaigns.

However, the CEC of Latvia together with Riga city Council has already approved all necessary precautions to protect citizens from the virus, and to protect the outcome of the vote. Yet another delay or cancellation is planned, likely, the election will be held on the scheduled date.

The Problem Of “Consent”

On the eve of voting on the agenda leaves another question, which said Ushakov — can “Consent” to keep the majority in the Riga city Council, or party, won three consecutive years, will have failed.

The latest polls, indeed, show a bleak picture. According to the April study Factum, “Consent” is leading the race with a 23% rating, but her breathing down my neck the Alliance of parties “Development/In!” and “Progressive” with 21%.

Partners of the social Democrats since the last election — “Honour to serve Riga” — collect 10% of the rating, however, the relationship of the parties deteriorated and joint participation in voting is not worth waiting. Technically “Consent” can go to the elections together with Russian Union of Latvia and “Alternative” parties are also fighting for the rights of Russian-speaking population of Riga, but the first gaining only 7%, and the second does not overcome the threshold of 5%.

In addition, the new leader of the social Democrats Konstantin Chekushin relies only on the Russian population of Riga, and the collapse of the Union with the Czechoslovak Republic. In such circumstances, the Russian Union of Latvia “Alternativa” to “Consent” rather competitors, not allies. Any hints on Association to participate in the elections between them yet.

In such circumstances, an interesting situation arises: the social Democrats remain one of the most popular parties of Riga, but most likely will not be able to count on a majority in the Metropolitan Council. Speech about the partnership with “Development/In!” and “Progressive” also is not. Thus, the election could result in the transition of the social Democrats into opposition for the first time in 10 years.

This can be avoided by increasing support for the party, but for this it is necessary to actively get out of the crisis. Possibly, considerable role to play Chekushin — the first number in the claimed lists of “Consent”. However, as noted Delfi, the new leader of the party enough political experience, just three months before the election, he actually does not show any election activity.

Formally, this point can be attributed to the pandemic coronavirus, but the other major parties quite successfully I use the online format to interact with voters. In General, the “Consent” sufficient time to modify the submitted lists, namely the transfer of the place Chekushina more media candidate.

However, while the option with the transition of the social Democrats in the opposition looks more real, which creates additional problems for the future government of Riga. The fact that together with the strengthening of the “Development/In!” and “Progressive” received extra points and parties not previously represented in the Metropolitan Council.

For example, the Russian Union of Latvia for the first time in 10 years, can count on 4-5 mandates and the Union of greens and farmers. In such circumstances, the Duma can pass the deputies from at least nine different parties, some of them are going to work together, but not everyone is ready to cooperate with each other.

This creates a risk for fragmentation of Riga municipality, which is one of the main issues will be the formation of the ruling coalition. The ideal option for the number of seats would be the Association “Consent” with the “Development/In!” and “Progressive”, but the General unwillingness of the parties puts an end to this scenario.

Options a coalition with other parties also not yet, right from the National Association and the “Association of regions” is quite openly opposed “Consent”.