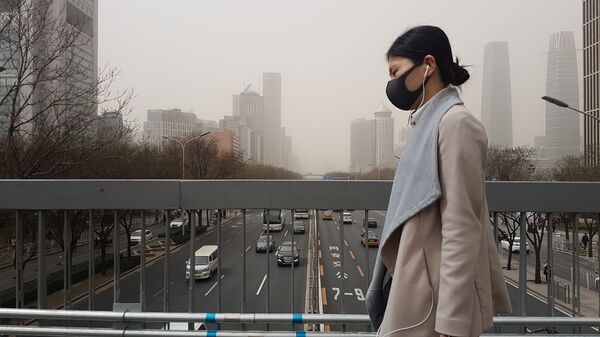 Vladislav Strekopytov. The ozone hole over Antarctica is delayed — so the industry is more harmful to the atmosphere. At the same time over China and Europe, ozone is accumulated, increasing the risk of pulmonary diseases. Why this gas is so different in the material RIA Novosti.

Holes in the ozone layer

At a height of 20 to 30 kilometers above the earth, in the stratosphere, sunlight interacts with oxygen molecules and ozone is formed. He covers the Earth’s surface from harmful to all living things ultraviolet radiation from the Sun.

In 1985 in the ozone layer over Antarctica, British scientists found a hole with a diameter of more than a thousand kilometers. Every year in August she appeared, and by March he disappeared. The fact that in the polar night heavy ozone molecules fall to earth and disintegrate, and new ones are formed — light-no.

Suggested that the ozone layer destroying substances from aerosols and coolants, air conditioners and refrigerators — chlorine – and bromine-containing freons. In 1987, they were banned by the Montreal Protocol.

Recently, the journal Nature published an article that the ozone layer over Antarctica seems to be recovering, and, according to the calculations, it is not only the result of natural changes of air flow, but also measures taken by the international community.

But only a couple of weeks after such optimistic news researchers in NASA announced an unprecedented depletion of the ozone layer over the Arctic. This was shown by the analysis of satellite data for the 12 Mar 2020. However, scientists claim that the fault is not the people but a unique combination of atmospheric factors — from December to March of powerful polar winds prevented the ozone from other regions of the atmosphere to penetrate to the Arctic. 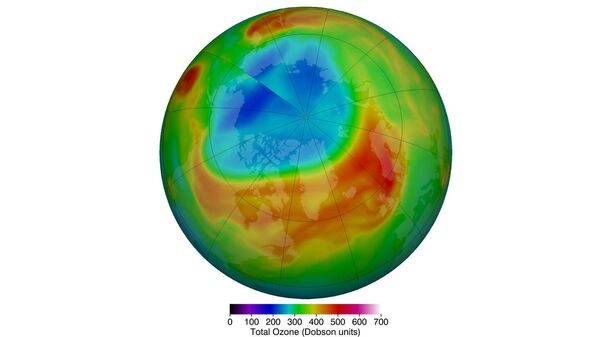 The ozone hole over Antarctica two decades, slowly declined, and in 2015 suddenly again grew to 28 million square kilometers. The density of the ozone layer over some of the Antarctic stations has decreased by almost half. The reason is the eruption of a volcano in South America.

Chinese and Russian scientists last year established a chemical-climate model and assessed the potential hazard of the emissions of volcanic gases for stratospheric ozone. It turned out that the Halogens and sulphate aerosols emitted by volcanoes, do Deplete the ozone layer, but locally and of short duration. So, after the worst eruption of mount Pinatubo in the Philippines in June 1991, all fully recovered within three years.

Many believe that the hole in the ozone layer, contribute to climate change, but the opposite is true — they are formed due to global warming, and holes in them, more solar radiation reaches the Earth’s surface, increasing heat. That is a positive feedback loop, recently described by the American scientists from Columbia University.

The trigger mechanism ozone-depleting substances and greenhouse gases which, like a blanket, hold the warmth near the Earth’s surface. In the result the lower atmosphere is heated and the upper cooled, the warm air mass, rich in chlorine and bromine, up in the stratosphere, where it destroys the ozone layer. Researchers believe that this explains the warming in the Arctic.

The consequences of ozone depletion for climate and Earth’s ecosystems, according to experts, not less ambitious — oceans zakislate, shifted to the southern border of climatic zones, changing precipitation patterns and the movement of air masses, disturbed the balance of terrestrial and aquatic ecosystems.

Almost all of the ozone — 90 percent — is high above the earth, in the stratosphere. The rest is in the troposphere. 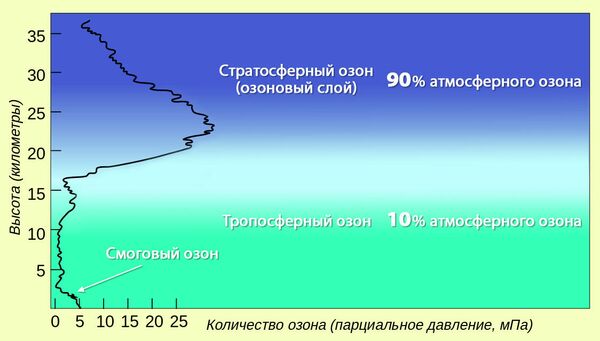 Tropospheric ozone is formed when react with nitrogen oxides and volatile organic compounds from industrial emissions, thermal power plants, as well as the exhaust. High temperatures and sunlight accelerate these processes. Therefore, on a hot cloudless days ozone accumulates over cities and industrial centers, forming a suffocating smog.

Ground-level ozone is a poison for humans, animals and plants. In the Russian Federation it belongs to the first, most dangerous, class of harmful substances. 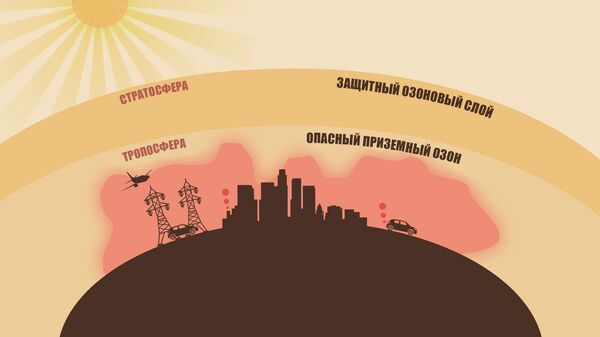 American lung Association (American Lung Association) among the health risks associated with air pollution, ground level ozone, refers to diseases of the respiratory tract and cardiovascular system, asthma, damage to lung tissue, the predisposition to lung infections and even death.

A large-scale study of the daily effects of ozone pollution on residents of large cities, conducted in 20 countries showed that more than six thousand premature deaths a year could be avoided if the level does not exceed the threshold value. Now environmental standards are not met in 80 percent of cities. 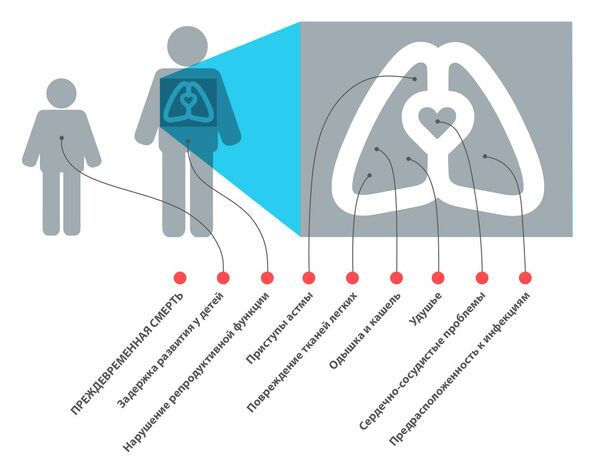 Due to quarantine in many countries of the world have stopped production and transport. Carbon dioxide and nitrogen dioxide in the atmosphere diminished. Unexpectedly, the scientists found that at the same time with a sharp purification of the air increased and the contents of “bad” ozone — a half to two times. Explain that today, when the atmosphere is less than the nitrogen oxides, ozone, accumulates able. With the arrival of Sunny days and the intensification of photochemical reactions, the situation will likely only worsen.

Using isotope data, the researchers found that over the past century of “bad” ozone in the atmospheric surface layer became 25-50 percent more in the last decade, an increase of one to two percent per year.

Experts believe that this trend will increase. Including the fact that due to global warming plants absorb ozone from the ambient air less efficiently. To such conclusion the American scientists from Princeton University. And this is another positive feedback loop.