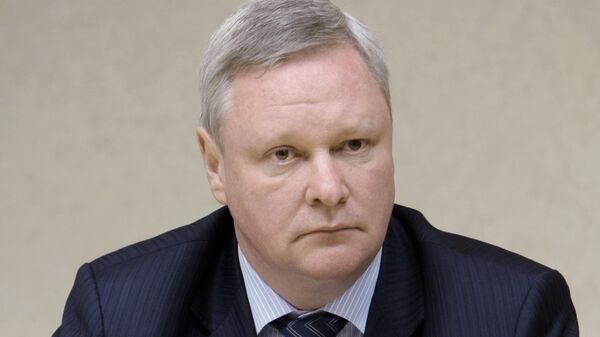 Clarifies that Titov on Tuesday welcomed the new Ambassador of Lithuania in Russia Baronesa, who presented copies of his credentials.

“The sides discussed the current state of Russian-Lithuanian relations. The attention of the head of the Lithuanian diplomatic mission reminded that their current degradation caused by the position of the Lithuanian authorities, which are against Russia’s unfriendly policies, including in the framework of the EU and NATO. Such an approach creates obstacles to the development of good – neighbourly dialogue”, – stated in the message.

It is also noted that the parties considered some areas of bilateral cooperation, where “good will” to find solutions based on mutual interests, including economy and cultural-humanitarian sphere. “Were also touched upon some regional themes in the context of the beginning of the Lithuanian presidency of the Council of the Baltic sea States”, – added in Department.