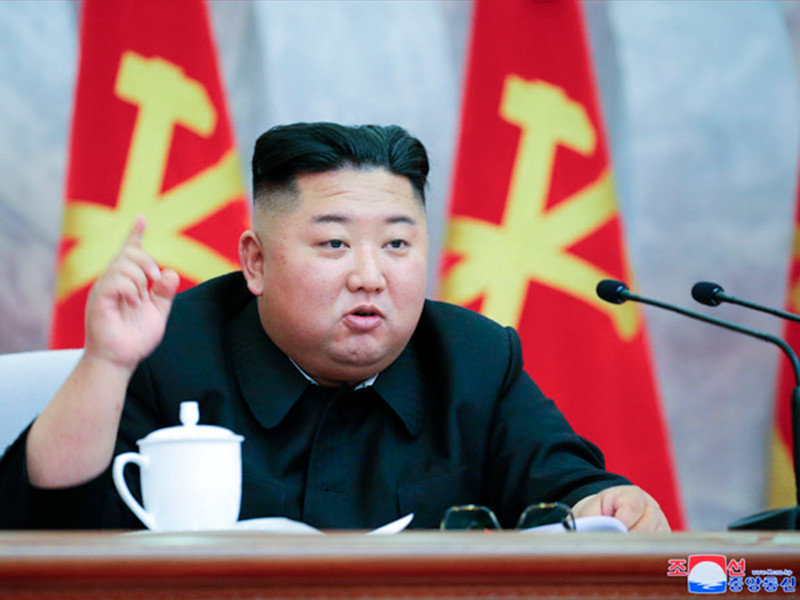 The head of the DPRK Kim Jong-UN held a meeting of the Central military Commission of the workers ‘ party of Korea (WPK). Material about the meeting of the Central Telegraph Agency of Korea (KCNA) published on Sunday. The date of the event is not named, but indicated that the orders that the leader of North Korea signed following the meeting, published may 23, RIA “Novosti”.

According to KCNA, the meeting was devoted to discussing “the urgent requirements to further strengthen the national defense forces and deter war by means of internal and foreign policy.”

It is reported that the meeting proposed a new strategy to enhance nuclear deterrence, but what exactly it is, is not specified. Also “was considered the most important steps to significantly increase the striking power of fire means the artillery of the Korean people’s army,” wrote KCNA.

The Agency accompanied the article with the photograph of the leader, where he sits at the podium on a background of flags of the WPK.

The South Korean Agency Yonhap writes that the last time he took part in the official event on may 1.

We will remind, before participating in the opening of the fertilizer plant, the first of may, reports about the participation of Kim Jong UN at public events does not appear within 20 days.

During this time in the Western, South Korean and Japanese media spread rumors of serious health problems or even his possible death, but the photos and videos from the event on Sunanskom the factory Kim Jong-UN looked happy and healthy.

6 may the State intelligence service of South Korea said that the long absence of North Korean leader Kim Jong UN due to the need to settle internal Affairs, and in connection with the epidemiological situation.
In Department believe that surgical procedures or surgeries related to the heart, Kim Chen Ynu was not performed. Then to monitor the health status of the head of the DPRK would be about 4-5 weeks, I believe in intelligence.