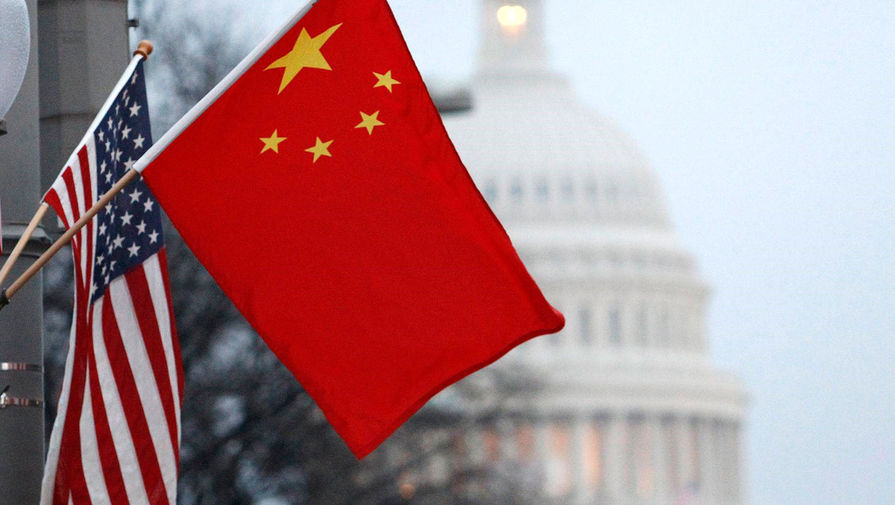 In China do not take seriously threats of US sanctions on the regime. Chinese newspaper Global Times wrote that the us sanctions cannot pose a serious threat, since the United States suffered greatly from the pandemic coronavirus. In the current circumstances, Washington relies on the support of allies, but Europe’s position is not so clear.

“The United States is constrained by the epidemic, a new coronavirus, and real opportunities to intervene in the Affairs of other States was significantly weakened. The white house maintains that it may impose sanctions against China, but the tools and resources available to him, was less significant than it was before the pandemic.

Thus we see only a bluff of the American side,” writes controlled by the Chinese government publication.

The article focuses on the attempts of Washington to enlist the support of its allies in the confrontation with Beijing: “Washington, proceeding from its geopolitical interests, inciting other Western States to China and strives to create a problem.” This desire, according to Chinese journalists, again related to the inability of the US to stand alone against China.

However, this policy is unlikely to bring success, writing in Global Times: “the Entire Western world will not follow US. China is a huge market, and the US cannot compensate for the losses that Western countries will suffer in the event of alienation from China.”

Some Chinese journalists are right. In Europe there really is an active debate about the growing tension between Washington and Beijing.

“Analysts have long talked about the end of the American system and the onset of the Asian century. Now it is happening before our eyes”,

— says the head of European diplomacy Josep Borrell. According to him, the pandemic was a turning point in the confrontation between the West and the East, and from the EU “increasingly demand to choose a side”.

According to him, the EU can indeed move towards a more independent policy toward China. The Commonwealth 27 countries will be guided by their own interests. However, between Beijing and Brussels are also growing distrust: European politicians increasingly criticizing China for non-transparent decisions including in bilateral relations.

The reason for the publication of the Global Times was established in recent days the situation around Hong Kong. On Friday the national people’s Congress the national people’s Congress (NPC, the Chinese Parliament), resuming work after quarantine, included in the agenda of the meeting, the law “On improvement of the legal system and law enforcement mechanism in Hong Kong”, providing responsibility for “rebellion, separatism and treason.”

Press Secretary of the NPC said that such a step lies in the direction of strengthening the principle on which it is built between two parties — “one country, two systems”. However, the proposed legislation severely limiting the autonomy of Hong Kong, allowing Chinese intelligence to wield in the former British colony.

Washington strongly opposed the initiatives of Beijing. Assistant to the President for national security Robert O’brien said that the administration of Donald trump impose sanctions against China if its leadership would violate the autonomy of Hong Kong.

“If it happens, will follow the sanctions in respect of Hong Kong and the PRC. It is hard to imagine that Hong Kong will remain the financial center of Asia in the case of his capture by China,” said O’brien. According to the representative of Washington, “China needs the capital of other countries” and can lose it in case of limitation of the autonomy of Hong Kong.

The question of autonomy is extremely painful for Hong Kong, and the inhabitants react quite harshly to any encroachment on their special status.

So, last year the city hosted a vast wave of protests that lasted six months and was accompanied by violent clashes with the police. The reason for the discontent of Hong Kong citizens become intent to adopt the law on extradition, which allows to give a suspected violation of Chinese laws. As a result, the bill had to be withdrawn.

Now Hong Kong is, as before I am sure that the law “On improvement of the legal system and enforcement mechanism” is another attempt by China to reinforce its control.

Beijing insists that the initiative “would prevent, stop and punish any act aimed at splitting the country, undermining state power, the organization and implementation of terrorist activities and other forms of behavior that seriously threaten national security.”

In addition, the law prohibits “activities of foreign and external forces” intervening in the Affairs of Hong Kong. Previous protests have demonstrated to Beijing that Western support that has been extended to Hong Kong and his criticism of actions of China, could further kindle the strength of the protests. In the past year, China exchanged several critical statements from the United Kingdom and the United States who defended the protesters.

This time Beijing has again caused outrage not only in USA but also in other Western countries.

Foreign Affairs Canada, the UK and Australia issued a joint statement condemning the bill. The adoption of the initiative without direct participation of Hong Kong people, legislative or judicial authorities does not correspond to the principle of “one country, two systems”, the statement said. The diplomats also recalled the Declaration signed between China and great Britain, which guarantees Hong Kong a high degree of autonomy.

However, the publication Global Times focuses not only on the outside, but on the domestic audience of China.

As noted in conversation with “Газетой.Ru” the head of the Center for Asia-Pacific studies, IMEMO ran Alexander LOMANOV, the official Chinese propaganda is very much emphasizes two points.

“On the one hand, China’s success in combating the epidemic. And it’s true that China actually reduced the number of infected up to several people a day, open economy. On the other hand, Chinese propaganda illustrates the difficulty the United States: how everything is bad, sick, military, civilian hurt, a huge number of deaths,” — said the expert.

According to him, the result of this propaganda campaign was the fact that in the mass national consciousness of the Chinese was a picture of a reality in which “literally lying down America,” not to take any serious measures in response to certain actions of the PRC.