For a long time the doctors could not understand why some people coronavirus is accompanied by loss of taste and smell, the other is malfunction of the digestive system, and some of the disease cause problems with the heart. It seems that scientists found the answer: blame special receptor ACE-2, which can be called an ideal environment for the penetration of the virus into cells. A recent study helped to explain the mild COVID-19 in young children and severe in adults with excess weight. 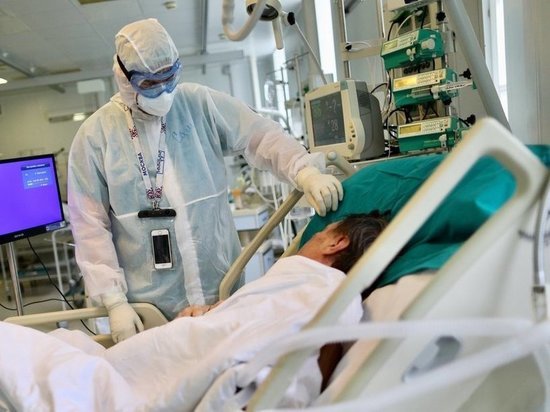 Every week scientists are getting more and more information about COVID-19, and this information is often very disturbing.

It has long been known that the risk of becoming a victim of coronavirus is not evenly distributed, however, the main reasons for this are only beginning to emerge scientists.

For example, it is known that deaths among adolescents suffering from coronavirus, are much less common than among elderly patients. Also, male mortality is significantly higher than the rates among women.

Some of the causes of such indicators was clear initially. For example, scholars have identified several diseases that significantly increase the risk of dying from coronavirus. It’s obesity, diabetes, high blood pressure and chronic heart problems. Typically, these problems are more common in older people than in young people. However, it is not so simple.

An important role in the spread of the disease throughout the body play a cellular receptor ACE-2. It is through them the coronavirus enters the body, and eventually “captures” cells. The more in the body of such receptors, the more vulnerable people, scientists say.

Receptor ACE-2 is located in the cells of the nasal mucosa, lungs, pancreas, kidneys and intestines, as well as in the lining of the blood vessels in the heart muscle and circulating in blood cells.

Thus during the early stages they are dangerous for two reasons – through the cells of the mucous membranes and the virus enters the body, and blood cells are able to spread the disease throughout the body, causing side effects.

Coronavirus enters the cell through these receptors, then it “preprogrammed” it and creates multiple copies of itself which continue to capture the cells using receptor ACE-2. In the end, it destroys the cell from the inside, releasing the body even more copies of the virus. Thus there are extensive lesions, which have to deal with medication.

Scientists conducted a study and found out one of the ACE receptor-2 most. A study published last week in The Journal of the American Medical Association by doctors at new York hospital, mount Sinai hospital, showed that four year olds nose was less receptor ACE-2 than in the elderly.

Also at particular risk are people suffering from heart problems and high blood pressure. Their bodies are especially “produce” a greater number of receptors to maintain the normal operation. In addition, the researchers found that men with heart failure, these receptors more than women. This explains the high mortality rate from coronavirus among men.

A cardiologist from the University hospital St. George’s NHS Trust in South London and the representative of the European society of cardiology Professor Sanjay Sharma explains that the production of such receptors are engaged in the fat cells.

“The more fat, the better your receptor ACE-2, – said the scientist – Obesity is a chronic inflammatory condition and if you already have an inflammatory situation and disorders in the respiratory system (due to the pressure of your weight on the lungs and diaphragm), and you attacked by a virus, you have a problem.”

In the future, the researchers plan to investigate whether it is possible to affect these receptors and prevent the penetration of the virus into cells. If it has found a way to prevent this contamination, it will be a major breakthrough in the fight against coronavirus.