The new year has become for us a familiar and traditional holiday — the past decade he has quite monotonous: with elegant Christmas tree, festive table and a speech of the head of the country. But for the Soviet people it was a completely different holiday: he was prepared long before, literally collecting food and Christmas paraphernalia.

Today we would like to tell and show you how did you prepare for this joyous and warm holiday in the USSR. 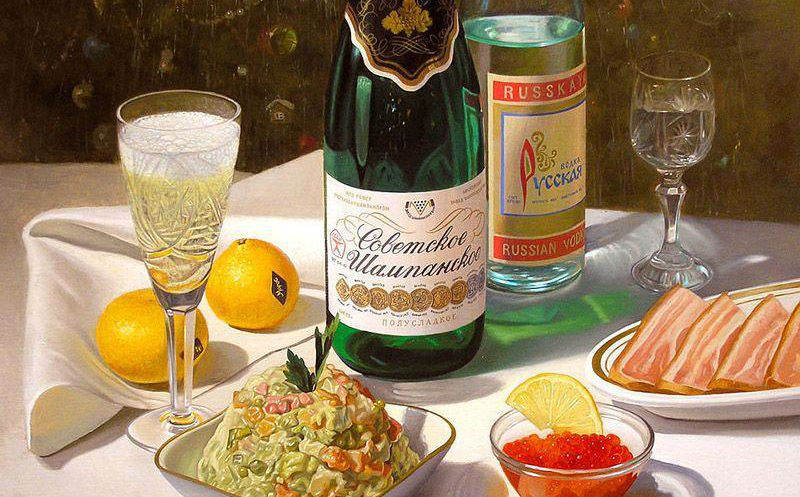 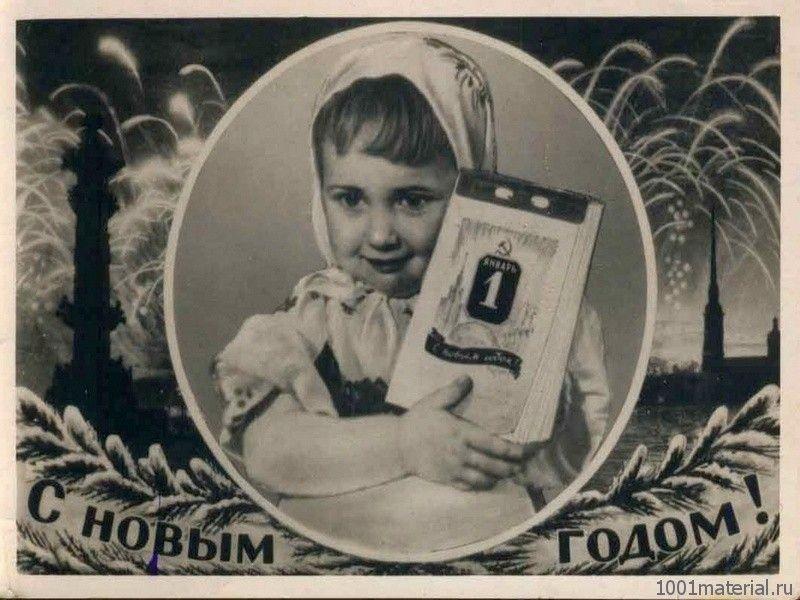 Since 1918 to 1935 New year was not official public holiday, but most families have traditionally celebrated along with Christmas. Thus, in the first decades of the Soviet Union, the holiday was considered more of a “family”. 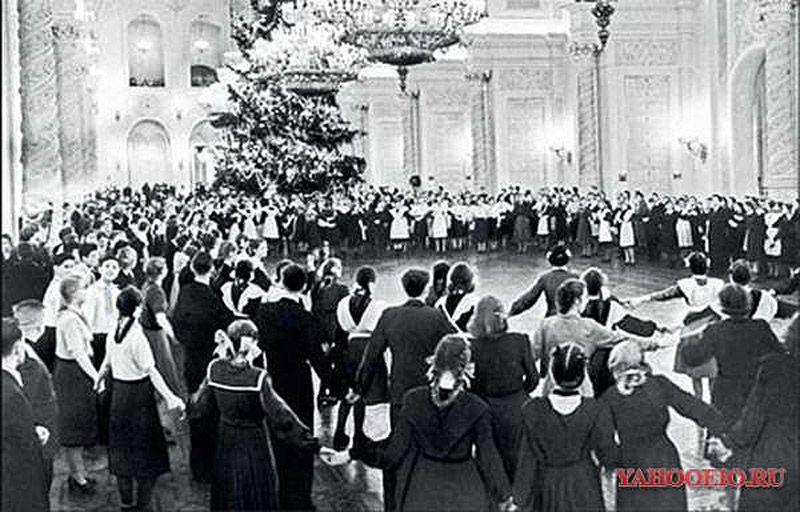 The first holiday officially celebrated only in late 1936, after a prominent Soviet leader Paul Postysheva in the newspaper “Pravda”. Here’s a small excerpt: “Why do we have schools, orphanages, nurseries, children’s clubs, palaces of pioneers deprive of this great fun kids working people of the Soviet country? Some, not only as “left” sahildeki decried this children’s holiday as a bourgeois idea. This wrong conviction of a tree, which is a great entertainment for the kids, to put an end to.

New year the government allowed to note, however, January 1 remained a working day. 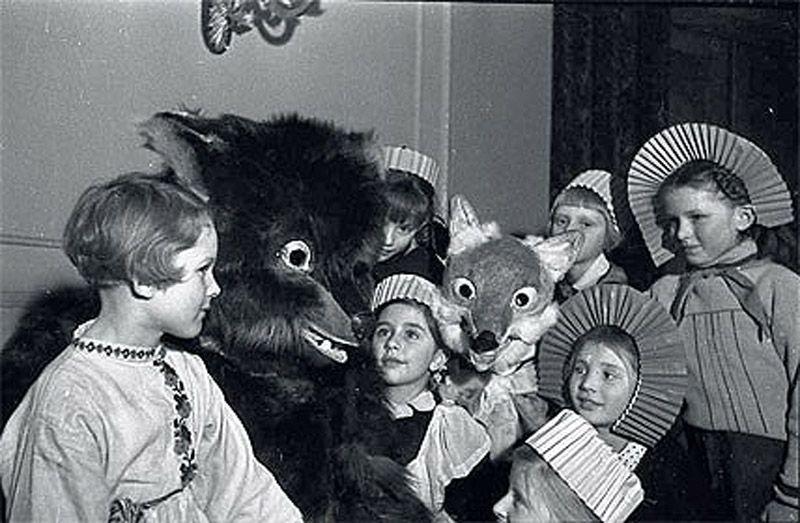 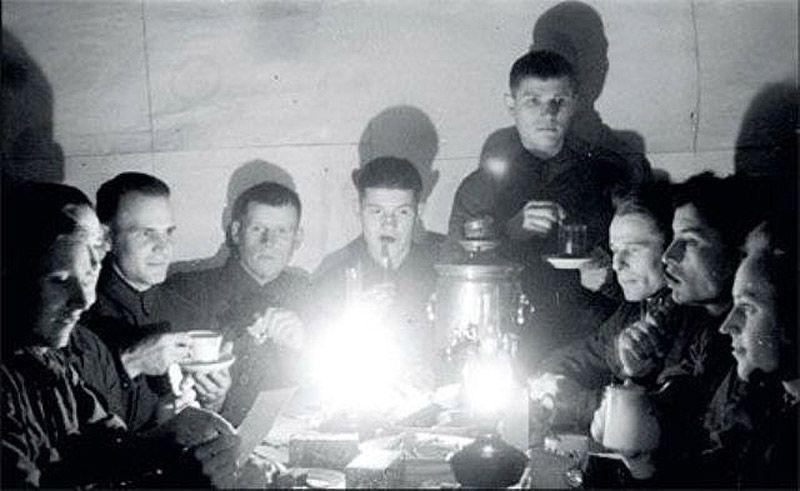 In 1942, a group of scouts of the Western front welcomed the New year. In samovar, most likely, alcohol. 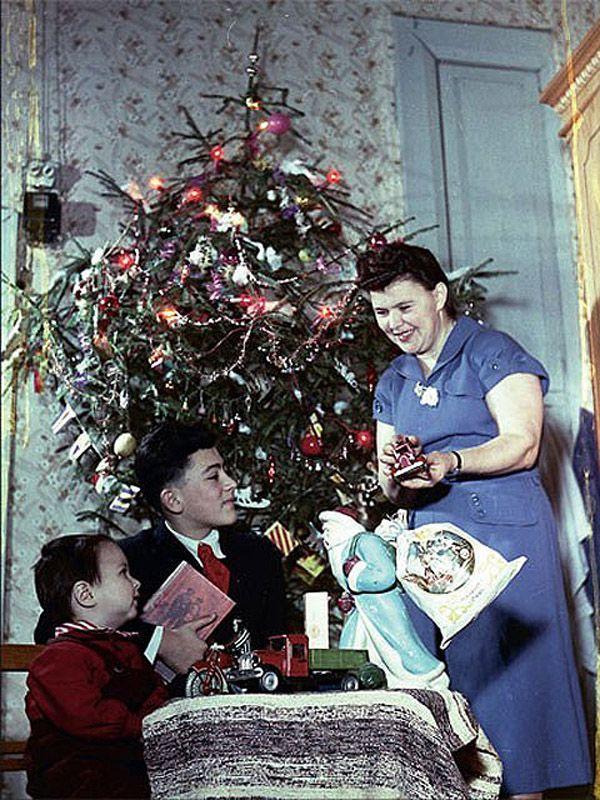 Famous photographer Emmanuel Yevzerikhin has captured my family at the Christmas tree, 1954. 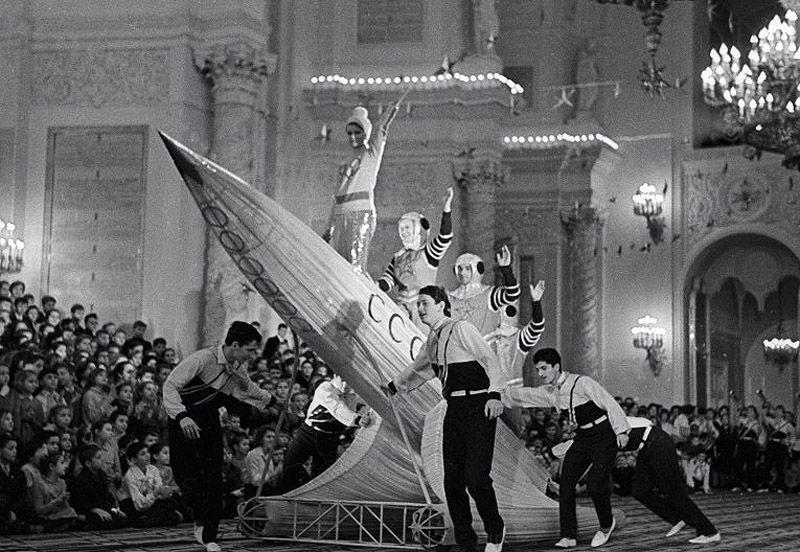 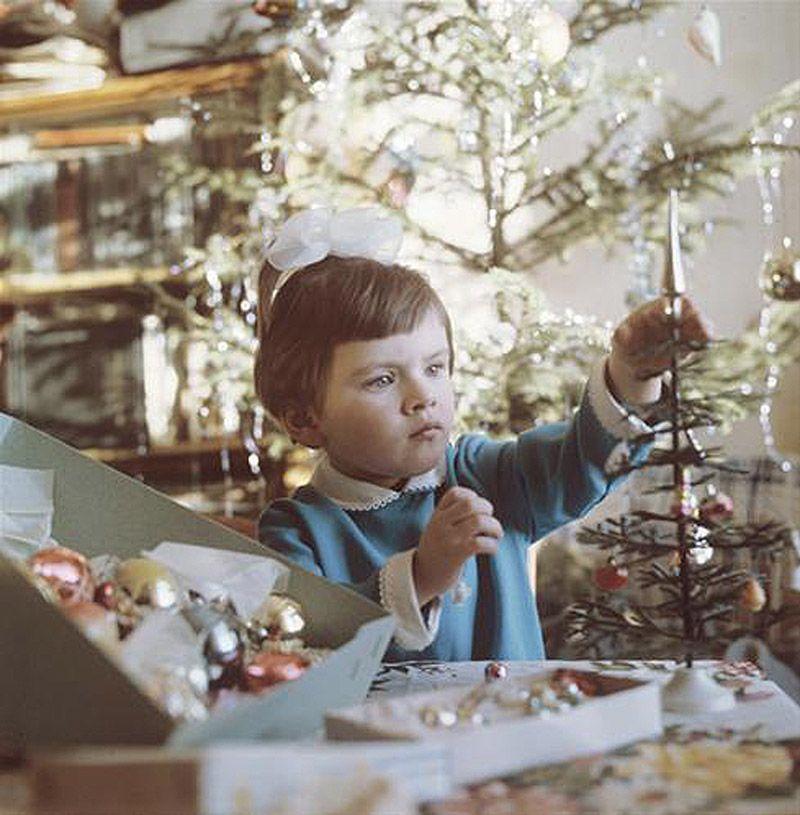 Only after the war started to take shape the tradition of celebrating the New year in the USSR. Began to receive Christmas toys: first very modest — from paper, wool and other materials, and later — a beautiful, bright, made of glass and is similar to decorating Christmas trees pre-revolutionary times. 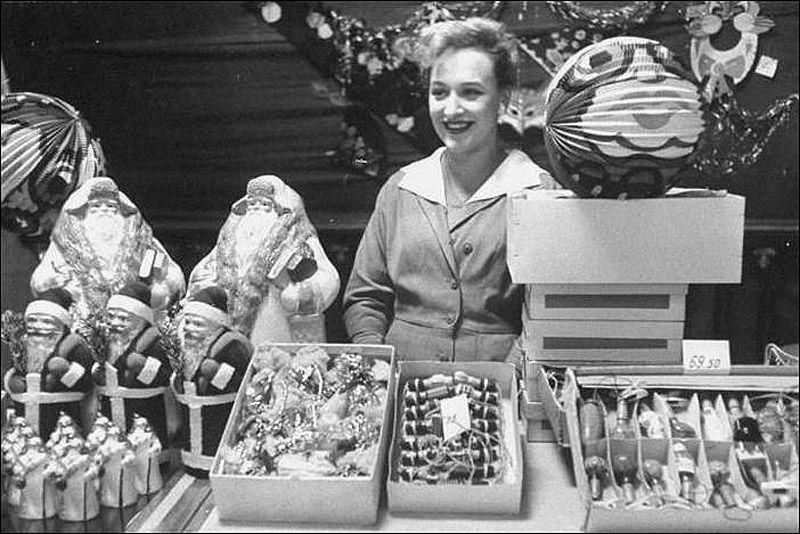 Of course, the toys could not avoid Soviet symbolism — the tree was decorated with all sorts of scarlet stars, airships and images pioneers and Octobrists. 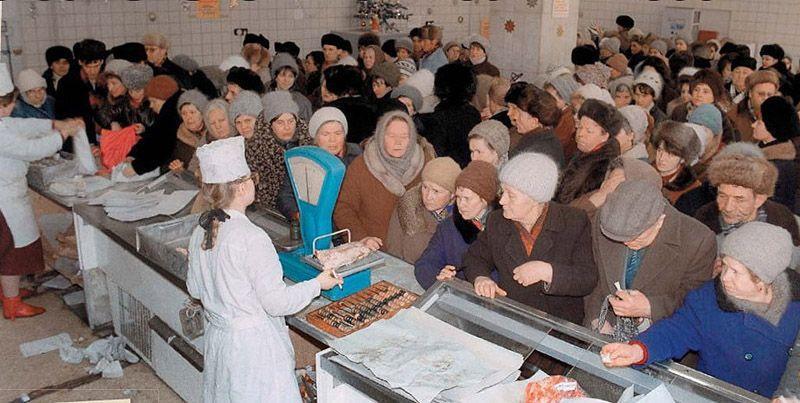 To prepare for the holidays in the USSR had ahead of time. Firstly, buy products — that is, “get it”, to stand in the time line, to get at the grocery orders sprats, caviar, smoked sausage. 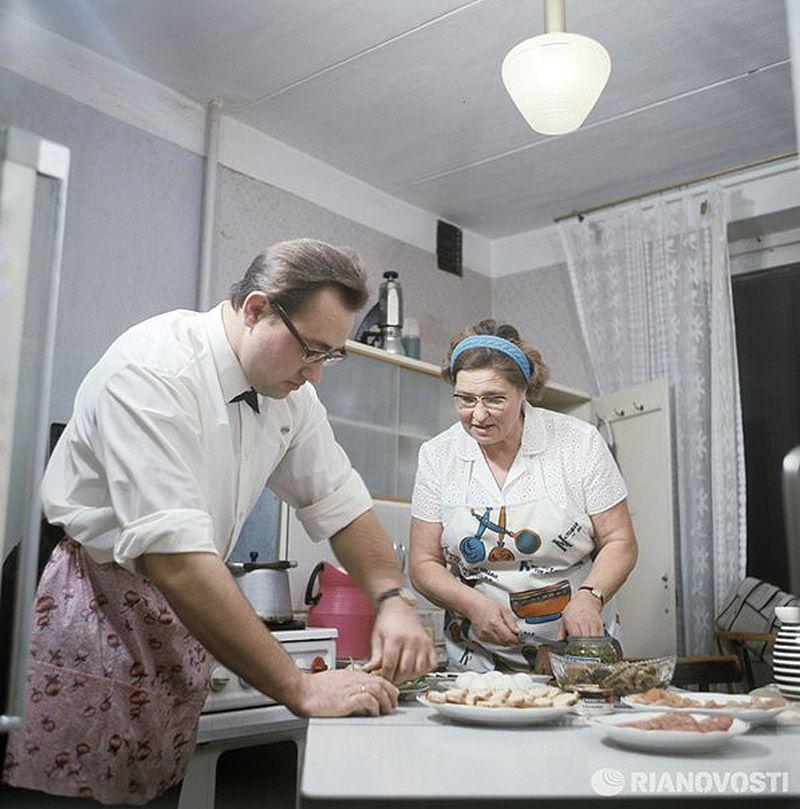 Do you have to cook Russian salad, aspic, and jellied fish, carrot and beet salads, dressed herring, prepared to open the summer of pickles and tomatoes, which are due to the lack of seasonal vegetables was an integral part of the festive table. 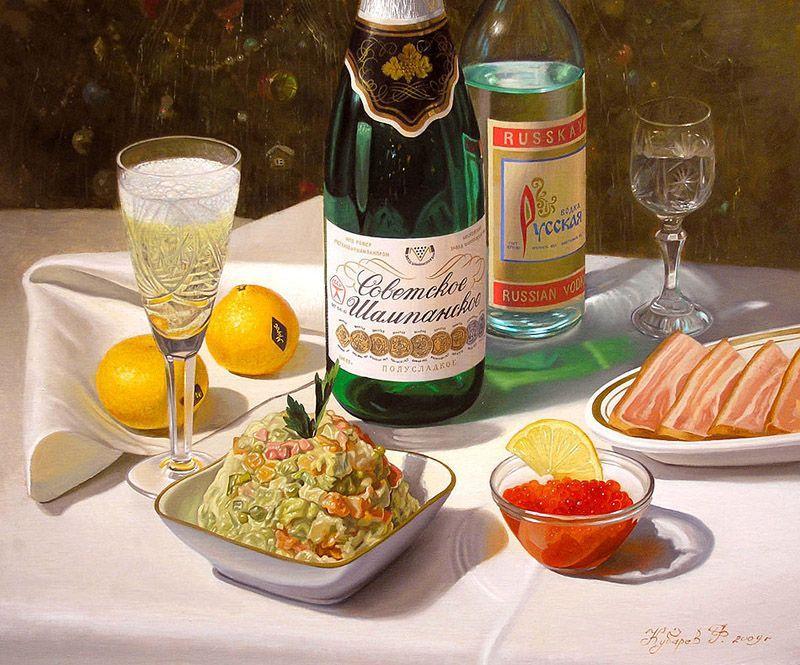 Those who were familiar to the seller in grocery shop, could afford for the New year cognac for 4 rubles 12 kopecks, champagne “Soviet” semi-sweet, tangerines. 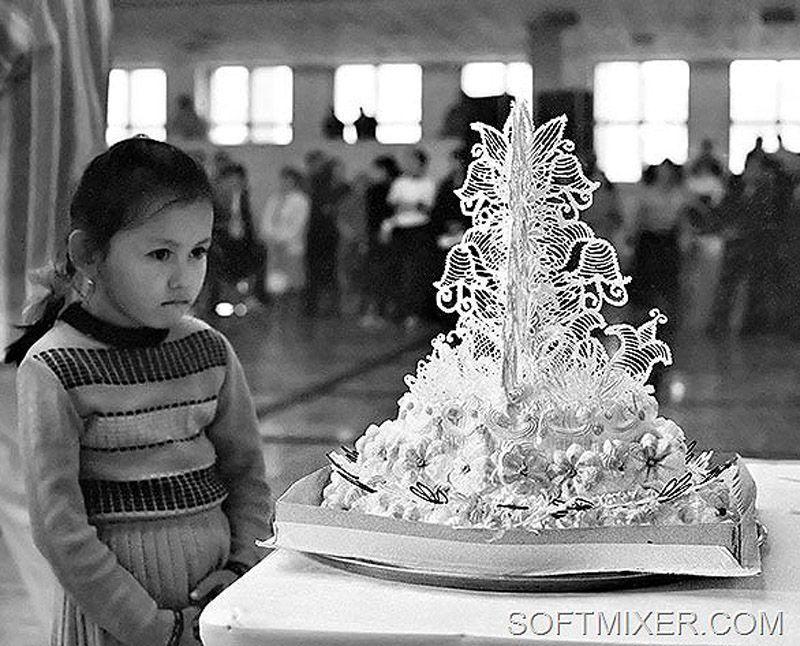 Ready-made cakes, too, were scarce, so basically had the oven itself. 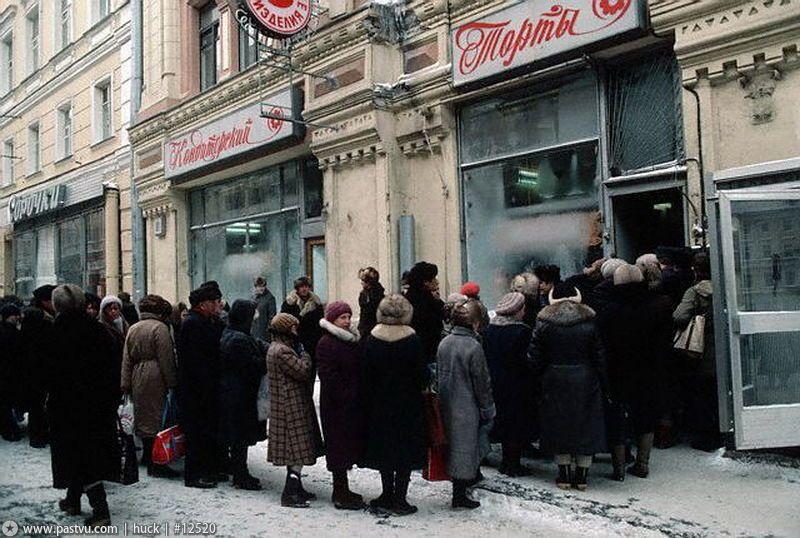 Or to stand in long queue, as in this photo. 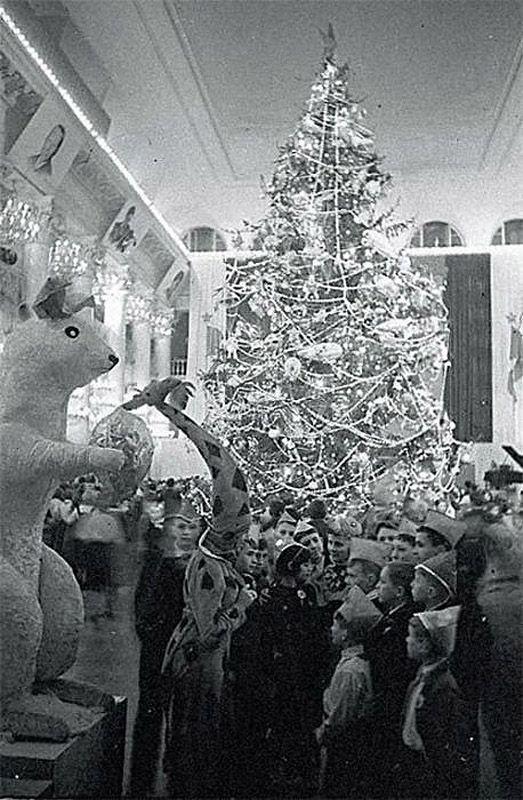 Secondly, it was necessary to provide the child with a ticket on the Christmas tree, gift, costume, snowfields of gauze or outfit Bunny and tangerines. The gift, which was and caramels and apples, and walnuts, has provided parents with the trade Union. The dream of every child was to get on the main tree of the country — first in the hall of columns, and after 1954 — in the Kremlin Christmas tree. 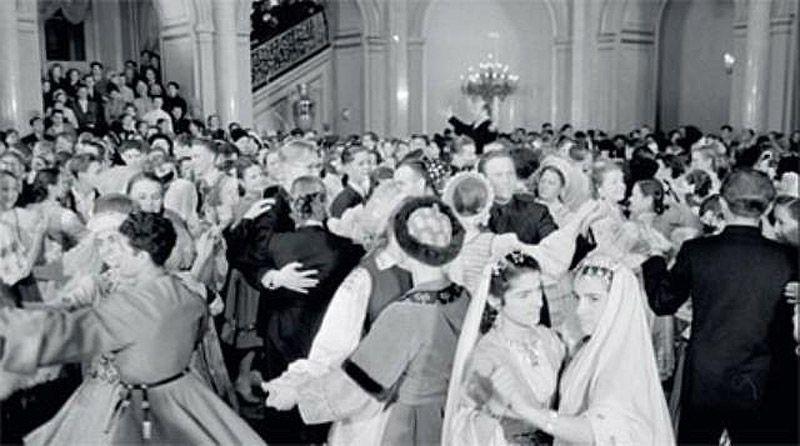 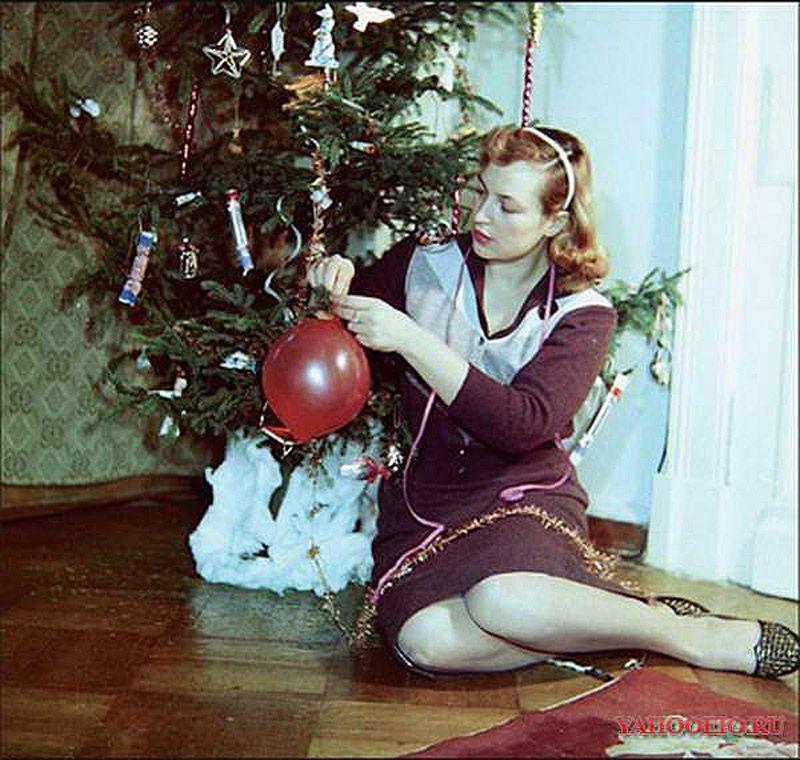 Thirdly, every Soviet woman most certainly needed a new fashionable dress — it could sew with his own hands or in the Studio, in rare cases, be purchased from dealers. The store was the last place really to get appropriate about it. 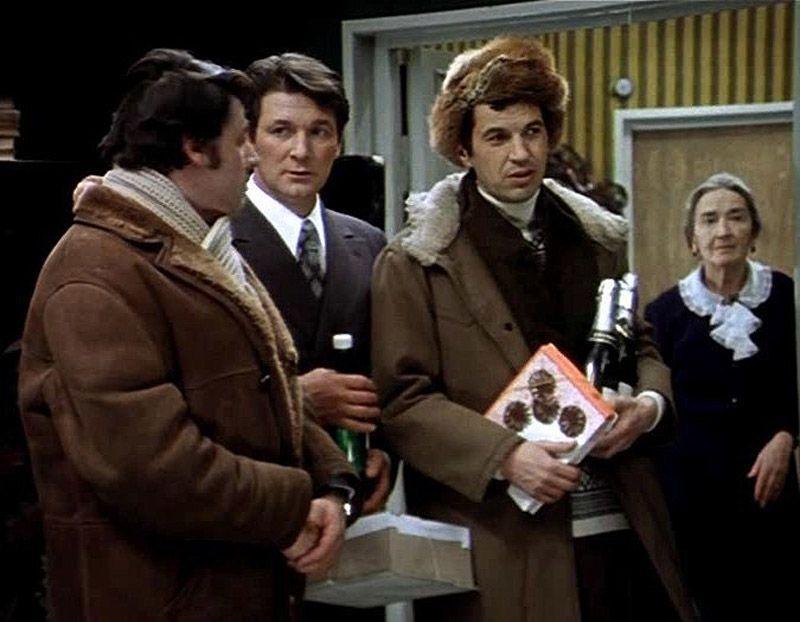 Christmas gifts — another test for Soviet citizens in the process of preparing for the New year. Any goods in the country was difficult, but beautiful goods it was even worse, so our parents went to visit with champagne, sausage (preferably “Sausage”), canned exotic fruits (pineapples) cans with red and black caviar and a box of chocolates. 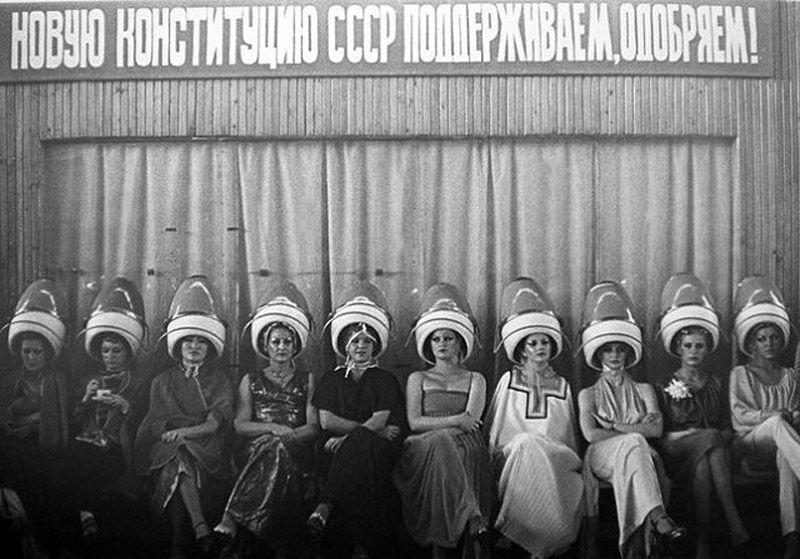 “Nothing paints a woman as hydrogen peroxide” — this thesis has become more topical on the eve of every new year celebrations in the Soviet Union. The phrase “beauty salon” then would not understand the most inveterate fashionista. Hairdressers were recorded in a few weeks, preparing hair, makeup and the whole “new look” demanded by Soviet women as much time, ingenuity and self-reliance — sometimes hairstyles did the capable hands of friends. 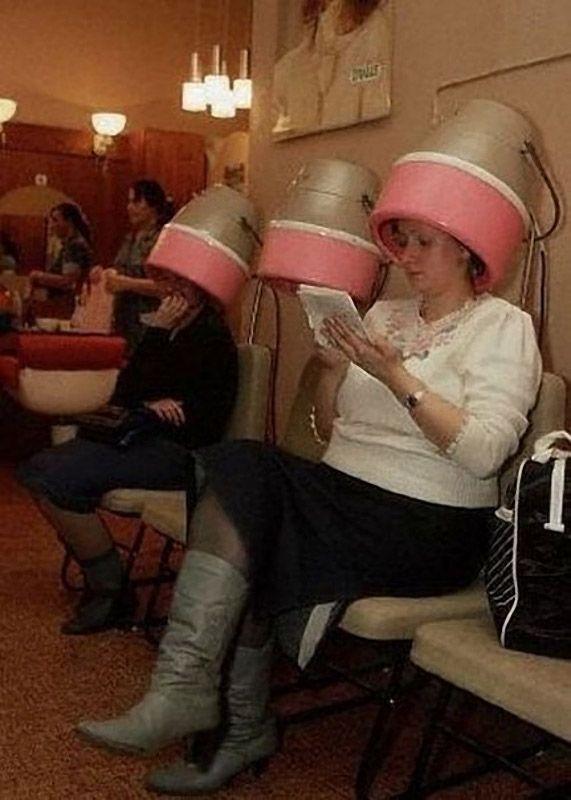 In one of hairdressing salons of Moscow, December 1982. 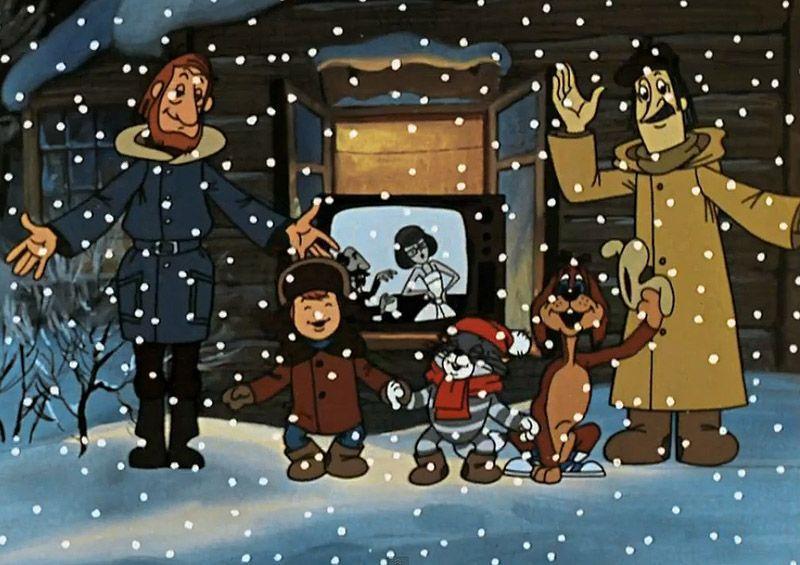 The last step is to wipe (repair) the TV, which, as argued by postman Pechkin, is “the best decoration of the Christmas table.” “Carnival night”, “Irony of fate”, “new adventures of Masha and Viti”, “Blue light”, “frost” — Soviet movies, TV shows, and cartoons in the morning, without which no Soviet citizen I could not imagine a festive night.