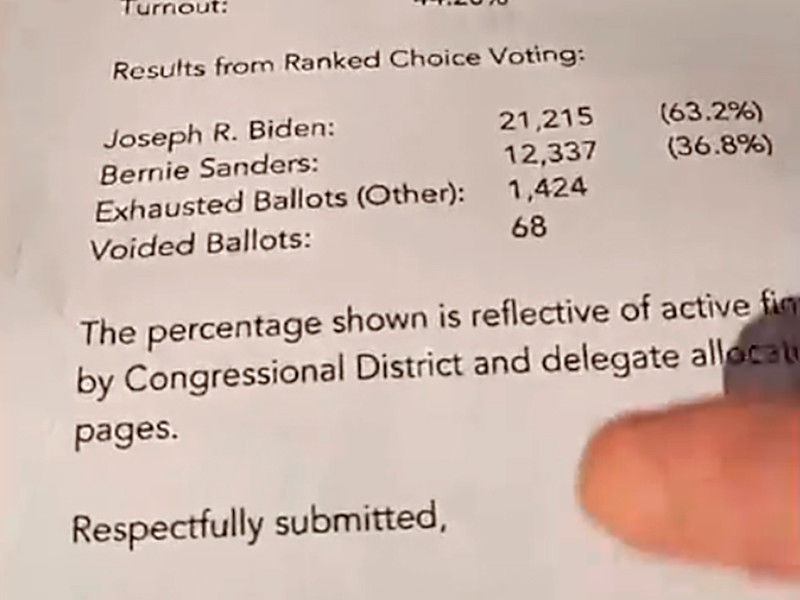 Former U.S. Vice President Joseph Biden won the primary elections (primaries) in Hawaii. About it as transfers TASS, said in a statement published Saturday on the website of the office of the Democratic party in the state.

Earlier it was expected that the vote will take place on 4 April, but plans were changed because of the pandemic of the novel coronavirus. The primaries in the state were selected by the delegates at the upcoming democratic national Convention will support one or another candidate for nomination as a candidate for U.S. President from the party. The vote was conducted by mail.

Former Vice President received 63.2% of the votes. Senator Bernie Sanders, who, on 8 April, withdrew from the race, received 36.8% of votes. According to the results of primary elections in the state have distributed the voices of the 24 delegates. 16 were Biden, 8 – Sanders.

After the termination of Sanders election campaign rivals have Biden there, but some of the names of participating earlier in the race politicians still appear on the ballot.

National Convention of the U.S. Democratic party, on which Biden is expected to call a candidate for the highest office in the country, was postponed due to the pandemic of the novel coronavirus on 17-20 August. It will be held in Milwaukee (Wisconsin).

59th U.S. presidential election is scheduled for November 3.
Biden, according to the newspaper the New York Times, has already enlisted the support 1 566 delegates to the national Convention. To become a candidate on the first ballot at the Convention, the applicant needs to enlist the support 1 991 delegate.

The current U.S. President Donald trump has already received a sufficient number of votes of the delegates to the party Congress for the nomination of the Republican candidate in the presidential election. The Republican Convention will be held August 24-27 in Charlotte (North Carolina).