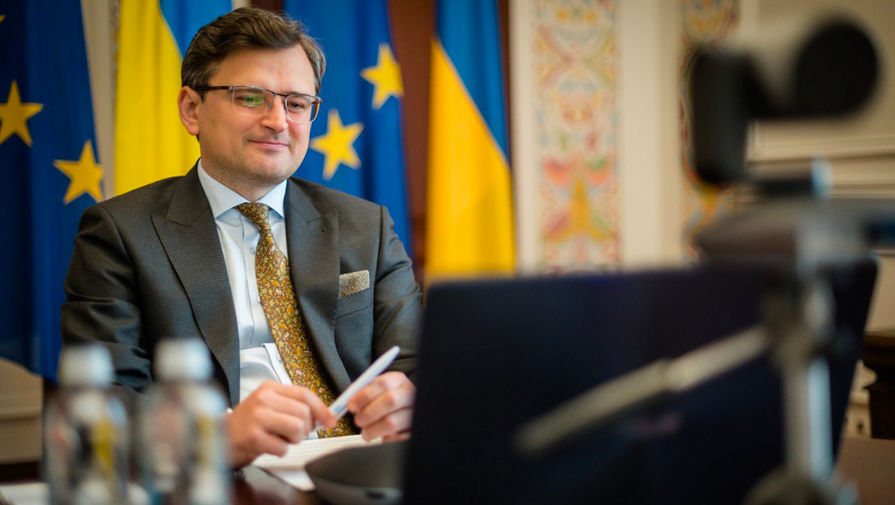 The head of the foreign Ministry of Ukraine Dmitry Kuleba has promised that, when Kiev will regain control over the entire territory of Donbas, with the posts will be shifted all the management of DND and LNR, and education will be eliminated. According to him, the dialogue with the authorities DND and LNR Kiev does not permit as not having “any prospects in the future settlement system”.

Kiev will regain control over the entire territory of Donbass, and then will slip off the posts all management and eliminates the notion of the self-proclaimed Donetsk and Luhansk people’s republics — promised the Minister of foreign Affairs of Ukraine Dmytro Kuleba at the TV channel ATR.

The diplomat said that after the Ukrainian authorities will carry out the demilitarization of the region, Kiev will have no reason to keep “occupying” the property. Thus, according to him, the dialogue with the authorities DND and LNR Kiev does not permit as not having “any prospects in the future settlement system”.

Last week, DNR division suppressed weapon emplacements of the Ukrainian security forces, who fired at the territory of the Republic, told the local militia. According to security forces controlled by Kiev troops opened fire from mortars on the village Verkhnetoretskoye.

As a result of shelling were damaged residential building, pipeline and power transmission lines. In addition in the direction of the positions of the militia in the village of Lenin launched anti-tank guided missile (ATGM). Ammunition exploded before reaching the goal.

In turn, the headquarters Operations of joint forces (EP) of Ukraine said that the military of the breakaway Republic shelled the positions of Ukrainian security officials near the settlement Starognatovka. As a result, one soldier received a shrapnel wound, he was hospitalized, said the FOS. In response, Kiev-controlled units were given “an adequate response”, said in the headquarters.

After the first year of the presidential term of Vladimir Zelensky, who promised to achieve peace in the Donbass, the situation in the region continues to deteriorate.

Simultaneously with the collapse of the talks in Minsk format is on the boundary line frequent attacks, which killed civilians. The self-proclaimed Republic lead troops in full combat readiness, promising to push the front line of the civil infrastructure.

The attacks are recorded in the area controlled by the republics settlements Gorlovka, Aleksandrovka, Sahanka, Berezovsky, Golubovsky and others. From war suffer in the first place, it Republic of Donbass, not even arguing in international organizations.

According to a March report on the situation of human rights in Ukraine prepared by the UN, more than 80% of the deaths and injuries among the civilian population in 2019 was fixed at uncontrolled territories of Kiev.

But the reports, the case is not limited to. In early may, the head of the UN Monitoring mission on human rights in Ukraine, Matilda Bogner has called on both warring parties to ensure the safety of civilians. In the first place it appealed to the Ukrainian military.

“To the greatest extent, my appeal is directed to the Operation of the joint forces of Armed forces of Ukraine, as new cases of death or injury of civilians took place on the territory controlled by the self-proclaimed republics. In the absence of a stable ceasefire is also critical that the parties did not place their positions, weapons and military personnel in residential areas,” said Bogner.

Previously, the Plenipotentiary of Russia at negotiations of the Trilateral contact group on conflict settlement in the Donbass, Boris Gryzlov, said that the group was unable to adopt a final statement after talks in video format. Then the question was about measures for a cease-fire.

“The Russian delegation supported the statements of the parties on the indefinite ceasefire, which would include additional measures agreed in July 2019,” — said the representative of Russia.

At the meeting, he drew attention that the situation with security on the contact line remains difficult. “Kiev is actually encouraging attacks on civilian targets by the Armed forces of Ukraine”, — said Gryzlov.

In support of this he cited data of SMM OSCE, according to which all victims and survivors of the attacks among the civilian population of the breakaway Donetsk and Lugansk national republics.

During the Paris summit of the “Normandy Quartet” on 9 December, the leaders of Russia, Germany, Ukraine and France, said the need to set in the Donbass a full ceasefire until the end of 2019. But even during this time, he repeatedly thwarted.