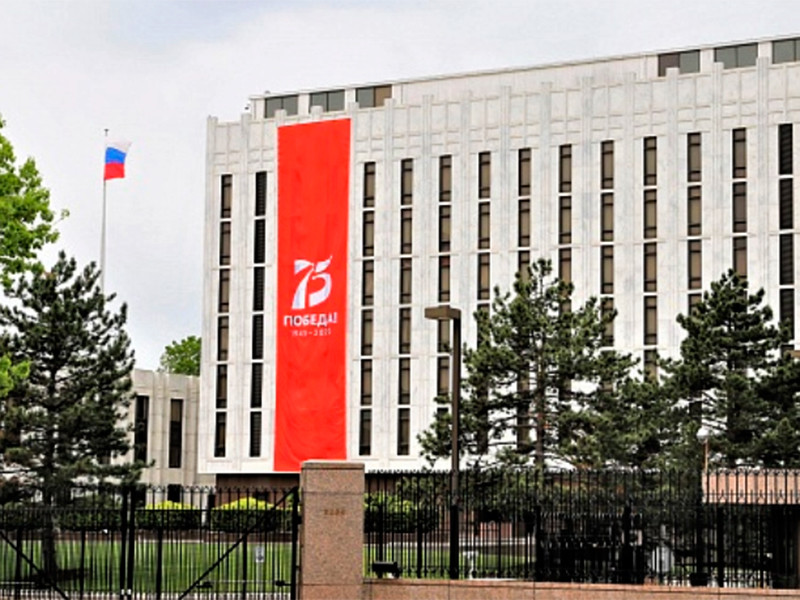 The Russian Embassy in the U.S. demand Bloomberg apologize for graph data VTSIOM about the decline of the rating of Russian President Vladimir Putin to 27% at the Embassy claim that the real level of this index is 67.9 percent. In fact, both figures are the official data of opinion polls conducted by different techniques, said The Bell.

Bloomberg published an article about how the Kremlin is forcing a vote on the amendments to the Constitution, and, citing a VTsIOM poll, cited the schedule of Putin’s trust rating, which in April set another record, falling to 27%.

The chart aroused the indignation of the Russian Embassy in Washington. On his page in Facebook it demanded an apology from Bloomberg “for the disinformation”. The Embassy accused Bloomberg to “promote the fake schedules” and disrespect for readers, who can check the source and “find the real confidence level of 67.9%”.

Director VTsIOM Valery Fyodorov told TASS that Bloomberg has not contacted the centre and incorrectly interpreted data on the level of confidence in the President. “It just demonstrates their stupidity or partisanship,” said Fedorov.

Speaker of the state Duma Vyacheslav Volodin also stated that the US is trying to undermine the confidence of citizens of the Russian Federation to the President through the media under their control, bloggers and opposition politicians. “We are strengthening our position, and so they beat our advantage. Our advantage is our President, who enjoys the confidence of the population, the United States is trying to undermine trust,” said the speaker, quoted by TASS. “Unprecedented pressure on Russia, the stuffing of misinformation and interference in the internal Affairs of States”, which Washington previously did not allow himself Volodin connects with the “shaky US position in the world”, as in the economy and technological development of the United States was ahead of China, and in military-technological development has overtaken Russia.

In fact, as noted by The Bell, the two numbers – 27% and 67.9% – equally official and relevant and represent the opinion polls by different techniques. First – the share of Russians who called Putin without prompting, answering an open question of trust politicians, while the second – the proportion of people who responded positively to a direct closed question on trust to Vladimir Putin.

Until the summer of 2019 the first methodology was primary in determining the rating of trust to Vladimir Putin. But in the summer of 2019, against the background of the protracted stagnation of incomes of Russians, the figure fell to its lowest level in 13-year history of its measurement is 30.5%.

Service chief Valery Fyodorov explained first drop “effect black points” of the Russians, who do not believe in the growth of their income, but the next day after criticism from the Kremlin presented the survey data under the new methodology. “The results are sensational. They showed that Putin is trusted by 30%, and 72.3 per cent”, – said Fedorov. Since then, weekly press releases polls about trust politicians always mentioned only the survey data for the second technique, and the polls for the first service began to publish once a month.

The level of trust in Putin by the method with an open question has the record for the third consecutive month: in January, it was 30.6% in April to 27%. The same indicator for the method with the closed question is also at the low level of 67.9%. For 2019, he almost always remained above 70%, and in the beginning of April 2020 was 72.4%.

In February of this year, “Levada center,” noted that in two years the level of trust the President has fallen by almost half, citing stable irritation of the Russians and fatigue from the President. And in may, the website “Vedomosti” several times missing material, based on the data of the “Levada-center” and calling attention to new record low presidential rating.