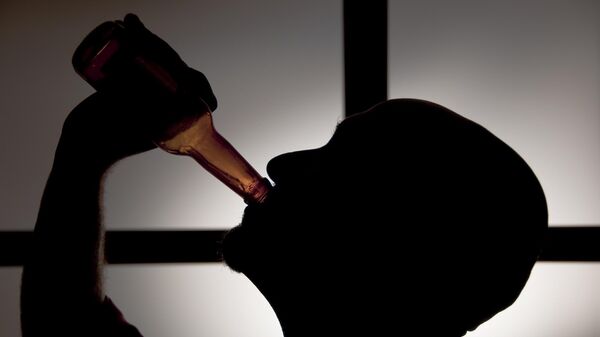 American scientists have identified 29 genetic variants responsible for the predisposition to alcohol dependence. Nineteen of them discovered for the first time, and many have a common connection with mental disorders, behavior, and cognitive abilities. The study is published in the journal Nature Neuroscience.

American biologists and physicians from Yale University and their colleagues from other universities have conducted a genomic analysis of more than 435 thousand people on the subject of finding genes that determine the person’s predisposition to alcohol dependence and related psychiatric disorders. Scientists wanted to see whether it is possible for the genes to identify the alcohol consumption with a high degree of risk will lead to frustration and dependence.

Researchers have identified 29 such genetic risk factors, ten of which were known previously, and 19 identified for the first time.

“The new data triple the number of known genetic risk loci associated with problematic alcohol use,” are available in the press release words of the head of research Gelernter Joel (Joel Gelernter), the Professor Foundation of psychiatry and Professor of genetics and neurobiology at Yale University.

The study involved analyzing the genomes of people of European origin, located in four separate biobanks. The authors searched for common loci — the location of specific genes in a sequence in people with alcoholism or with diseases related to alcohol use. Separately, scientists analyzed the information about genetic risk factors for several psychiatric disorders.

Combining data from two genetic studies and their joint analysis has shown that there are genetic links between problematic alcohol use and disorders such as depression and anxiety, as well as behavior and learning ability. Using the technique of Mendelian randomization mathematical method, which is used by biologists for the treatment of genetic information — scientists have identified how the affect each other associated signs.

“It gives us the opportunity to understand the causal relationships between such problematic signs of alcohol as psychiatric status, risky behavior, and cognitive ability,” says the study’s lead author hang Zhou (Hang Zhou), research associate in psychiatry from Yale University.

Scientists have also found that they discovered risk factors are inherited not only at the level of the brain, but in a conservative regulatory regions of the genome responsible for certain biological functions.

The authors believe that they have identied genetic factors of alcoholism and associated medical and behavioral problems would allow for better assess the risk of drinking for each individual.