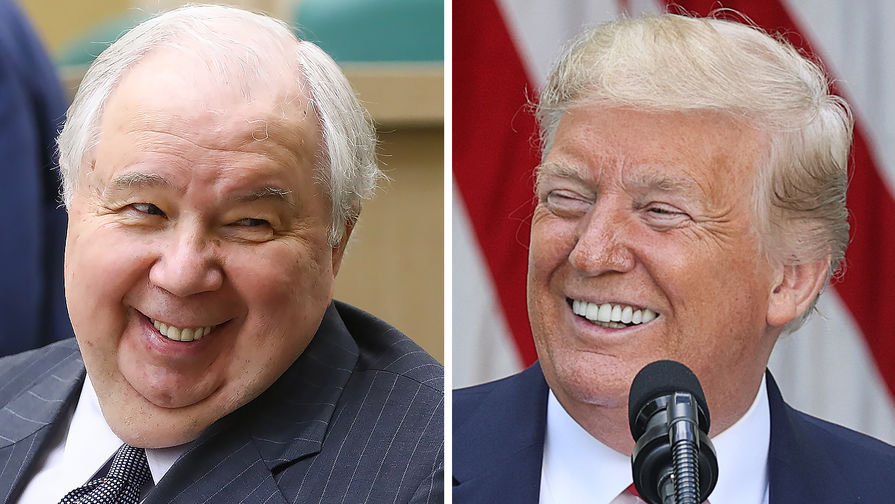 In the United States may declassify data relating to the negotiations of the former assistant to the President at the trump national security Michael Flynn and former Russian Ambassador to the U.S. Sergey Kislyak. The White house is not the first time publish the contents of confidential negotiations, thereby entering into diplomatic etiquette “new normal”.

The US President Donald trump has supported the idea of publishing transcripts of talks his ex-assistant for national security Michael Flynn with former Russian Ambassador to Washington Sergei Kislyak.

“Yes, I too would like to hear this,’ said the tramp, answering a question of journalists. As you know, the FBI said that he [Flynn] did not lie”.

Trump claims that Flynn’s dialogue with the Russian ex-Ambassador is a “good conversation” that former assistant trump allowed to spend.

The desire of the American President to declassify their dialogue, due to the “Russian affair”, in which Flynn was charged.

In 2017, he left the White house due to the fact that allegedly were not fully informed Vice President Michael Pence on conversations with Kislyak.

Contacts occurred during the election campaign of 2016. According to the investigation, they were allegedly unlawful. The trump and his key aides have consistently denied such suspicions in Moscow also has repeatedly pointed out the groundlessness of any claims about the influence of the Russian side in the course of elections.

The trial Flynn was postponed indefinitely in February 2020, then the prosecution requested him to imprisonment for six months, and the lawyers of the former adviser to trump insisted on conditional term. It is worth considering that Flynn three years ago made a deal with the investigation and agreed to plead guilty to perjury.

After the information about the possible termination of the case Flynn, trump told reporters that most likely this “wonderful man” would be justified. According to the President, the responsibility for what happened to Flynn is to “impure into the hands of the police who were in charge of the FBI”. It also has not excluded that subsequently will consider the possibility of the return of their former Advisor at the White house.

Recently “the case of Flynn” formed the basis of a new scandal in American politics — the so-called “Obamagate”, which is promoted by the current head of the White house.

After an investigation, “the Russian intervention” in which Flynn is almost the main witness, was begun during the Obama presidency and approved by the designated head of the FBI James Comey.

“This is the greatest deception in the history of our country. This is a very dangerous deception. A lot of what was known about [spectrochrome in the case of “Russian intervention” Robert] Mueller and his gang, ‘ said trump. — I’d like to hear this conversation [with Flynn Kyzylkum]. All that is required of me to do, I’ll do it.”

The process of declassification of negotiations was launched. Turn it in before leaving office gave former acting Director of the N. I. Richard Grenell. On Saturday, he confirmed this information in conversation with the media. The final decision in this matter will be taken by the successor Grenelle John Ratcliff.

However, since trump himself has supported the idea of publishing negotiations, to doubt that this will happen, however.

This was originally on the disclosure of the content of the conversation Flynn and Kislyak insisted the Democratic party who believe that in these conversations there is evidence trump.

This is not the first time the present head of the White house resorted to the disclosure of confidential negotiations. In September last year, the media published materials, which claimed that trump pushed his Ukrainian counterpart Vladimir Zelensky, threatening him to refuse military aid.

In light of this scandal, the White house was forced to publish a transcript of talks trump and Zelensky, during which U.S. President once asked him to take steps for the resumption of the investigation against the son of Democrat Joe Biden, who allegedly was involved in corruption in Ukraine.

His request, he argued that “many people want to learn the details of this” investigation “Biden stopped”. This conversation served as a pretext for the impeachment of an American leader that brought Democrats expected results.

As in the case with Finn and Kislyak, publishing the text of negotiations with international partners trump emanates from its domestic political interests.

From giving of the head of the White house in diplomatic etiquette, there is a “new normal” in which the negotiators can no longer be confident in the safety of sensitive information.

However, apparently a tramp, and he understands the danger of such practices. In February in mass media there appeared information that the head of the White house thinks about stopping the practice of permitting other members of the administration read the content of international telephone calls.