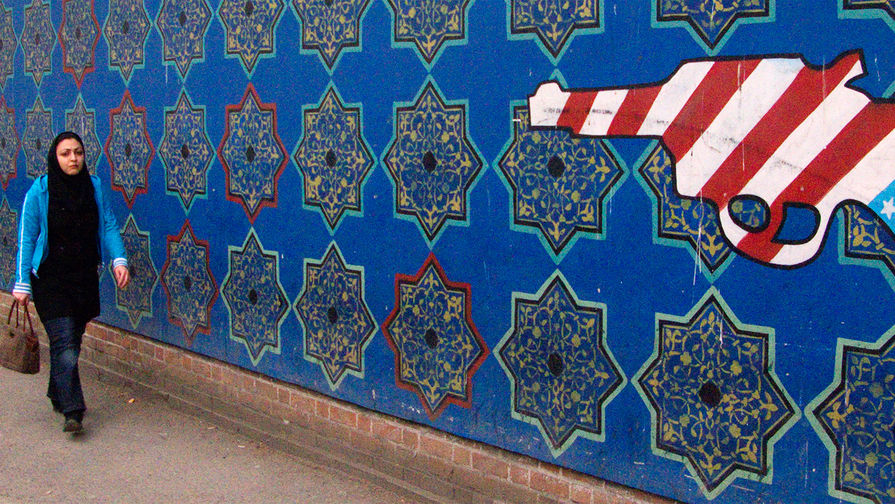 Washington canceled the sanctions exception for the nuclear program of Iran. So, the US plans to renew the sanctions pressure due to the reconfiguration of the nuclear reactor in Arak, Iran in the 60-day period. The white house continues its policy of maximum pressure, however, the chances that Iran will meet, almost no including because the United States, their efforts have changed the balance of power in the country.

The United States would lift the temporary exemption from the sanctions, allowing Russia, China and the UK to take part in nuclear projects of Iran in the framework of the Joint comprehensive plan of action (SVPD). This was reported on the Department’s website.

March 31, the White house has once again extended the exclusion for two months. However, this prolongation was apparently the last.

“We will continue to monitor closely all developments in Iran’s nuclear program and may modify this disclaimer at any time,” said U.S. Secretary of state Mike Pompeo.

USA expect that the abolition of all exceptions from sanctions that are associated with the reconfiguration of the nuclear reactor in Arak, Iran, will be implemented in 60 days. At the same time in respect of Bushehr, where Russia is building a second unit exclusion will remain at 90 days, as the agreement on international assistance “Bushehr” was preceded by the nuclear deal, the report says the state Department. Meanwhile, as stated by assistant Secretary of state Christopher Ford, the exceptions do not apply to additional extensions to “Bushehr”.

Washington also decided to impose new sanctions against Iranian leaders ‘ nuclear programmes agai Majid and Amjad of Sazgara. Both, according to the U.S., came under the restrictions of “participation or attempt to participate in the actions that materially contributed to or created the risk of substantial contribution to the proliferation of weapons of mass destruction”.

This decision was another step taken towards a policy of maximum pressure trump on Iran. The white house hopes thereby to compel Tehran to go to another nuclear deal.

“Because of our pressure the leaders of Iran are faced with a decision: either to negotiate with us or to manage economic collapse,” Reuters quoted U.S. special representative on Iran by Brian hook.

While the U.S. does not aim to be a new agreement from Iran, said the expert of the Carnegie centre for the Middle East Alexei Malashenko.

“I think it’s not particularly effective. There is more we are talking about a Declaration that once again show how strong America and has the right with nothing to be considered. To live according to its laws, its principles. Not to abandon its policy nor under what conditions, under any circumstances — there is a virus there is no virus, it’s like Europe or don’t like,” explains the expert.

Tehran really has perseverance in this matter and live in conditions of sanctions and political pressure the White house for two years, despite the “economic collapse”, caused first by the US decision to withdraw from nuclear deal and to restore sanctions and then the fallout from a pandemic. While data on the economic situation in the country vary.

In January, before the outbreak of coronavirus, Brian hook argued that the policy of pressure against Iran is working. “The Iranian economy in the current year may be reduced by as much as 14%, — he said. — About half of all [Bank] loans are not repaid in a timely manner”.

Hook claimed that Tehran is waiting for the “budget crisis”. “More than one in four young Iranians are unemployed. Inflation is 40%,” — he said.

In the previous Iranian calendar year, inflation has really reached 41,2%. But on the eve of the country’s Central Bank announced that this year [from 21 March 2020 20 March 2021] inflation is expected to reach 22%.

The international monetary Fonte predicted that this year inflation in the country will amount to 34.2% and Iran’s GDP will decline by 6%.

Against this background, over the President of Iran, Hassan Rouhani, even more storm clouds in the aftermath of the February parliamentary elections, in which the leader of the country was forced to work with the opposition to it by Parliament. In the Majlis of the 11th convocation of 75% of the seats went to the conservatives — supporters of the Supreme leader Ali Khamenei.

The absolute majority of the former supporters of the President in the Parliament did not pass. Some of them did not receive the necessary number of votes, others were simply not allowed to participate by the guardian Council of the Constitution.

Previous elections were held in 2016, six months after the main political achievements of Rouhani — the nuclear deal. In many respects this determined the victory of the supporters of the President of the Alliance of reformists and moderates who advocate the elimination of contradictions with the West, the willingness to compromise and maintain open foreign policy.

Then, after the conclusion of the nuclear deal, it seemed that Tehran has chosen the right course that will lead him to freedom from years of sanctions and integration into the world political processes.

The popularity of Rouhani and his supporters was clear — quickly feel the economic breakthrough, the Iranians could not, however, Tehran also began to breathe more freely.

The coming to power in the United States Donald trump, his criticism of the AGREEMENT, the withdrawal from the agreement and the recovery of sanctions pushed Iran in the past and completely nullified the achievements of Rouhani. However, the country was growing anti-American sentiment and anger in relation to Europe, which was unable to do anything to protect the Islamic Republic from sanctions.

The Iranians feel the impact of Washington and a blow to its pocket, took to the streets. The first time a wave of rallies swept the country due to the increase in gasoline prices. The authorities reacted harshly — because of the complete shutdown of the Internet the number of people killed is still unknown. According to some sources, killed up to a thousand people.

The second time the Iranians went out to protest after Tehran was hit by a Ukrainian “Boing” — the tragedy of the confrontation between Iran and the United States.

The murder of Washington major General Qassem Soleimani turned tense relations between the two countries into open hostility. The situation could advantage the conservatives who criticize any cooperation with Europe and the United States.

So Donald trump has managed not only to implement its policy of maximum pressure, but also to change the balance of power in Iran, which led to a weakening of the position of President.

To expect from the new government are willing to make a new dialogue with the Americans is not worth it. The conservatives, rather, the opposite will take a course on the closeness of the country, despite the fact that the Majlis (an organization banned in Russia) defines a mainly domestic agenda. The fact that taking the majority of seats in Parliament, they will need to prepare the ground for presidential elections and the selection of the successor to the Supreme leader. The next presidential elections in Iran scheduled for may-June 2021, Rouhani has no right to run for a third term, and the last year of his reign is in danger of becoming the worst time in his political career.