The launch of the Falcon 9 rocket with the spacecraft Crew Dragon moved from 27 to 30 may due to weather conditions. This will be the first in the history of launching people into space by a private company and the first solo flight of American astronauts since 2011. The event of historical meaning, the loss of Russia’s monopoly on the delivery of crews on MKS. On the day of the planned start of the head of the Roscosmos, Dmitry Rogozin, gave Elon musk an adequate response. Went on the air and began to speak. 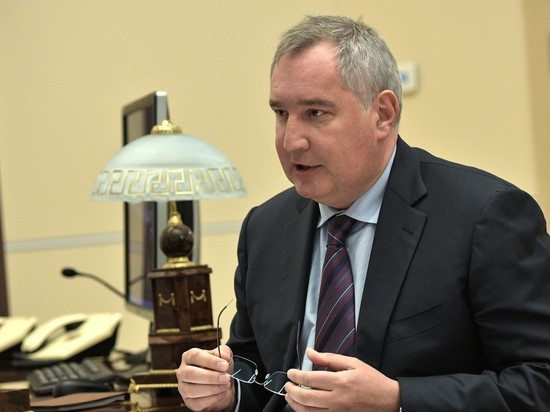 To understand what is happening, you need a little history. Elon Musk founded SpaceX in 2002. In that year, Russia was the world leader in the launching of space rockets. Our share of space launches (there were 25) was 36.5%.

In 2017 the private shop ahead of Russia on number of launches. Since inception, over 18 years, the company has developed and is launching a launch vehicles Falcon 1, Falcon 9 and Falcon 9 Heavy (super-heavy rocket). Spent stages reusable – come back and sit, including on the floating platform. Developed engine line-up. In 2010, the company began work on a manned reusable spacecraft Dragon. In March last year he flew to the ISS with a dummy on Board. Now fly with two astronauts.

Crew Dragon — this, presumably, is the trampoline, which in 2014 Rogozin advised to use the Americans to fly to the ISS. He is a seven-seater and reusable, unlike disposable triple “Unions”.

Musk declared cost of running the Crew Dragon — $ 50 million. Our experts say that in fact NASA is paying 2-4 times more. But the flight of an American astronaut on the “Union”, contracted in October 2020, will cost NASA $ 90 million. The simple arithmetic. Which means big problems for our manned space flight.

We now have responsible Dmitry Rogozin. Just don’t be surprised that he says is not what is done, and the fact that when something is. It’s a tradition. How true his words? Looking into the eyes of President Putin, Rogozin promised in 2019 45 space launches. 22.

The day when the had will launch the Crew Dragon, Rogozin came to a propaganda channel in YouTube. And started to talk about how we were not born yesterday.

For example, reported that Russia is creating its own manned spacecraft, “more powerful” unit in comparison with the ship company SpaceX. It should be noted that with creates 2009. Of the obvious successes — rename it from “Federation” to “eagle”. “We planned for flight testing in 2023, apparently, in the fall we put the start of “Angara” from the cosmodrome East,” — said Rogozin.

He previously said that “Federation”, and to flying to the moon is intended. And it seems like from Baikonur rocket “Soyuz-5” to run it. And not even in the 23 year, but much earlier. But the thing is, what about this ship as well as about super-heavy Angara rocket had so many words that are confused.

Even Russia, said Rogozin, will create a new earth orbital station. However, after 2030. It will include modules that were previously planned to be sent to the International space station. Even earlier, in late 2019, Rogozin said that they will do a circumlunar station (well, indeed, what difference is that to say). “We already have in reserve two modules — one is already created, so-called node module, the second is an energy module that will provide power to our new station. We plan to build some more modules”, — said Dmitry Rogozin. It seems that when the head of “Roskosmos” says about the created module, we are talking about the module “Science.” It started to do in 1995. Finish, cast. He has been sitting, collecting dust… Then it turned out that there shavings in the fuel system.

Lunar program, according to Rogozin, will begin next year. The South pole of the moon will go automatic machinery, which will work out the technology of soft landing. Then another one in 2024. “Of course, we stay there for landing their cosmonauts when will start flight tests of our heavy missiles, 2028, with this ship,” — said Rogozin.

Here the question. It’s all the same “Angara”, which is “eagle” is due in 2023 to start, or some kind of mythical super-heavy rocket? “Luna we are interested in primarily as a testing ground for developing technologies for the landing and take-off from this surface in non-atmospheric mode,” — said Rogozin. Because we’re going to explore asteroids and distant planets. And the moon to privatize the Americans will not allow. I can’t even imagine how it will not allow. Robot Fedor will unleash?

And most importantly. Dmitry Rogozin promised to wisely spend the money that the state allocates for space exploration, and not to take the money on expensive, but ineffective projects. And once again reminded that the U.S. space budget is 10 times the budget of Roscosmos.

Weird here’s what. NASA’s budget 10 times more, and the salary of the head of NASA and a half times lower than that of Rogozin. Engineers — on the contrary. The NASA engineer salary three times higher than ours.

Maybe that’s why they have new ships are created, and not just promises?