Today, may 27, will begin the funeral of Russian manned cosmonautics. In 23 hours 33 minutes Moscow time to start an American ship Crew Dragon company SpaceX, with two astronauts on Board. If all goes normally, for the first time in history a private company will be sent into orbit, people. 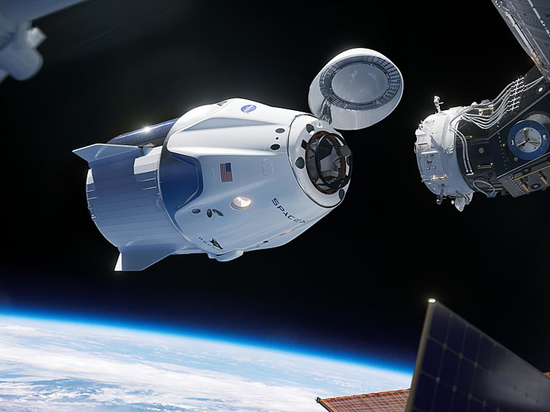 The mission itself is called SpaceX Demo-2. Because the first demo flight to the ISS, the Dragon made in unmanned mode. Then on Board was a mannequin “Ripley” – the heroine of the film “Alien”. This time there will be two experienced astronaut who flew on the Shuttle Douglas Hurley will be the commander of the ship, and Robert Behnken, the commander of the joint operations with the ISS.

To the ISS, the ship will arrive in about a day and a linkup to the us module. How long will he be in orbit, not yet determined, that NASA will decide after docking. Tentative dates – from 30 to 119 days.

The last time the Americans launched into space manned spacecraft, namely the Shuttle Atlantis, July 8, 2011. Since they used Russian ships. Now, by the way, also has a contract for American flight to the ISS in October 2020 on our “Union”. NASA concluded it as a safety net in case of failure of the ship Dragon.

However, no doubt that even in case of failure, Elon Musk and his company SpaceX will bring the matter to the end and become the leaders in manned space flight, no. The company was founded in 2002. During this time developed the launch vehicles Falcon 1, Falcon 9 and Falcon Heavy from the start with the aim to make them reusable, and the Dragon spacecraft. Even overtaken once more by the number of launches Russia. Again — not the United States as a whole ahead of, and one private company.

On manned spacecraft, the company Mask started to work in 2010.

In 2014, Dmitry Rogozin, the then Deputy Prime Minister and now head of “Roscosmos”, advised the United States to deliver astronauts to the ISS using the trampoline.

By 2020, Americans created a trampoline — manned Dragon. He is a seven-seater and reusable (compare with triple disposable “Union”). The US, by the way, on the way and manned the ship of company “Boeing”. He also flew into space in an unmanned mode, but the ISS dock could not, however, successfully landed.

The Russian space program starting in 2010 has reached a fantastic success. 31 launch of space we got down to 22 (this is the approximate one-fifth of all space launches in the world). Dmitry Rogozin was renamed the Russian reusable spacecraft “Federation” in the “eagle.” The launch of this miracle (working since 2009) is postponed to 2023.

Recently, Rogozin said that Russia urgently need to start working on their space station, and that Russia would not allow the capture of the moon by the Americans.

Interestingly, Elon Musk, too, like Rogozin, loves the Russian language. But to talk on it — no.

Even Musk admitted that admires the genius of our space engineers. Our effective management of space industry to bow only to loot.

So when the Dragon will fly, I will personally be happy for engineers, for artists regardless of their country. And at the same time to grieve our space.