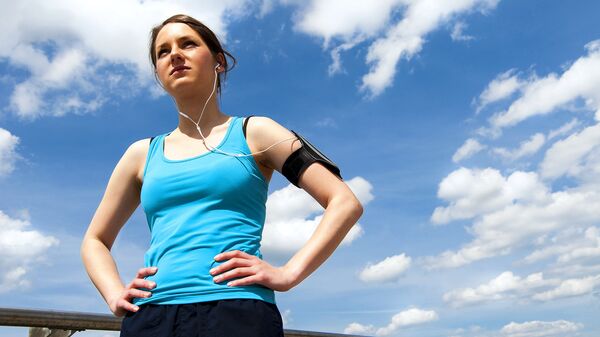 Alfia Enikeeva. An international team of researchers has identified four habits, significantly reducing the risk of developing chronic diseases in the elderly. Moreover, adhering to at least two of them, as a rule, live ten years longer than peers. Earlier to similar conclusions independently from each other came the Dutch and American scientists.

The Institute of medicine and National research Council (U.S.) found that, adhering to certain habits, you can live about 14 years longer than usual. We are talking about an active old age without serious chronic diseases.

The authors studied surveys of medical professionals for thirty years: the object of the study was 78 thousand women and 45 thousand men aged 30 to 75 years. More than 42 thousand have already died (first data date back to 1979). Those who lived less than 70 years, usually smoke, drink (but not abused alcohol) or suffer from obesity. 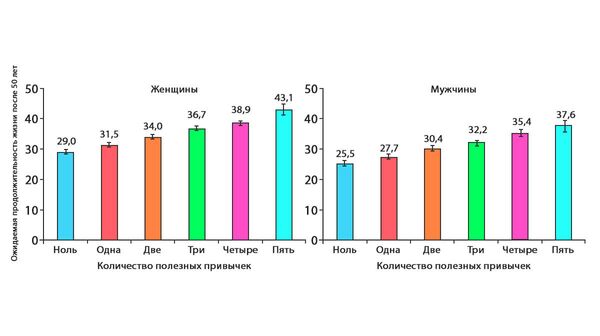 After fifty studied lived an average of about 25 years (men) and 29 (women). Those who adhered to a healthy lifestyle, — of 37 and 43 years respectively. The latter less likely to have died from cardiovascular disease by 82 per cent and from cancer by 65 percent.

A healthy lifestyle the scientists meant proper nutrition, Smoking cessation, moderate alcohol consumption (no more than 15 grams per day for women and 30 grams for men), weight control (the body mass index from 18.5 to 24.9) physical activity (at least an hour a day).

Ten years without the disease

Similar recommendations for acceptable daily serving of alcohol, weight control and regular exercise give American and Dutch researchers. However, specify that the commitment to a healthy lifestyle will give the person no more than ten additional years.

Experts have studied data on the health and lifespan of nearly one hundred thousand people and found that habits are directly related to the risk of cardiovascular disease, cancer and type II diabetes. So, more likely to live to a ripe old age and not get any of these diagnoses had refused cigarettes, alcoholic beverages and junk food. Among fans of a healthy lifestyle, as a rule, the first chronic disease was found in 84-years of age, and men with useful habits at 81.1 years. Those who are currently in no way denied, became diabetic, cores or cancer patients already 73,7 and 73 years, respectively.

Least of all to a healthy old age could count the smokers and obese — with a body mass index above 30.

The secret of longevity

According to an international team of scientists, in order to age healthy and live as long as possible, it is sufficient to monitor the weight (BMI above 25) and to adhere to at least two of the three rules — not Smoking, not abusing alcohol and to exercise regularly. Then, the person has chances to live to seventy years, not knowing what diabetes, cancer, cardiovascular disease, and respiratory tract.

Scientists have identified four factors related to health status in old age and lifespan: the body mass index, Smoking, alcohol consumption and physical activity. For each habit, the participant studies were assigned scores. If the subject ever tried cigarettes, you get 0 points, if you throw one point, and if still continued to smoke — two points. Thus, each volunteer could earn in their harmful and useful habits to eight points. 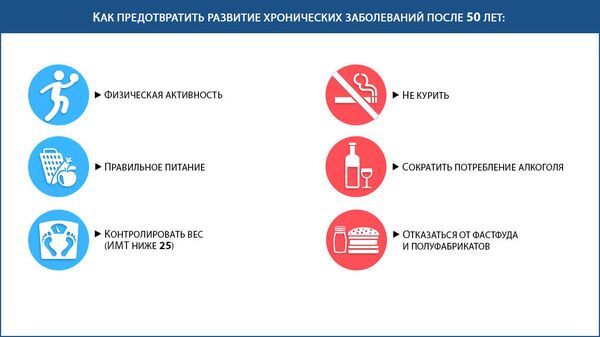 It turned out that one point was equal to approximately one additional year without chronic diseases. This is the most healthy group of participants learned about the unpleasant diagnoses on average ten years later than volunteers who abuse tobacco and alcohol and not watching their own weight. For men this difference was 9.9 years for women and 9.4.

The most effective from the point of view of health and life expectancy turned out to be a combination of three habits — weight control, stop Smoking or alcohol, and physical activity.

However, to expect a very long life is not necessary, warn us researchers. Even adhering to a healthy lifestyle and having access to superior medicine, people are unlikely to reach more than 115 years. The researchers analyzed data on life expectancy in four developed countries — USA, UK, Japan and France — and came to the conclusion that longevity has a natural limit. They are associated with genetically programmed stages of development of a living organism: birth, development, reproduction, aging and death. Therefore, for the phenomenal longevity simple health care may not be enough.