Most photographers are not allowed to photograph what is happening in the strip clubs or to capture daily hangouts with the girls. But the photographer Ivar Wigan — perhaps due to their courtesy and the Scottish charm is always a welcome guest at parties.

A series Ivar, named The Gods, devoted to the culture of hip hop community of the southern United States. Making pictures mainly in Atlanta, New Orleans and Miami, Ivar creates provocative photographs, showing street culture from this point of view, it looks intimate and captivating.

Wigan was born in Scotland and raised in London. His insatiable passion to photograph can be described with a quote from the book Susan Sontag On photography: “a Photographer is armed with a kind of lonely revelers, scout, Snoopy, wandering around city hell, — an idle observer, he reveals the city as an arena of luxurious extremes. The eager observer, adept in sensitivity, the flaneur finds the world picturesque.” 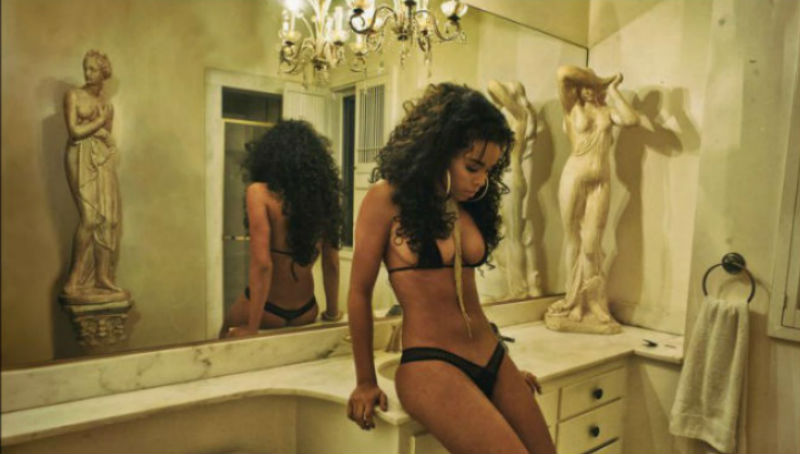 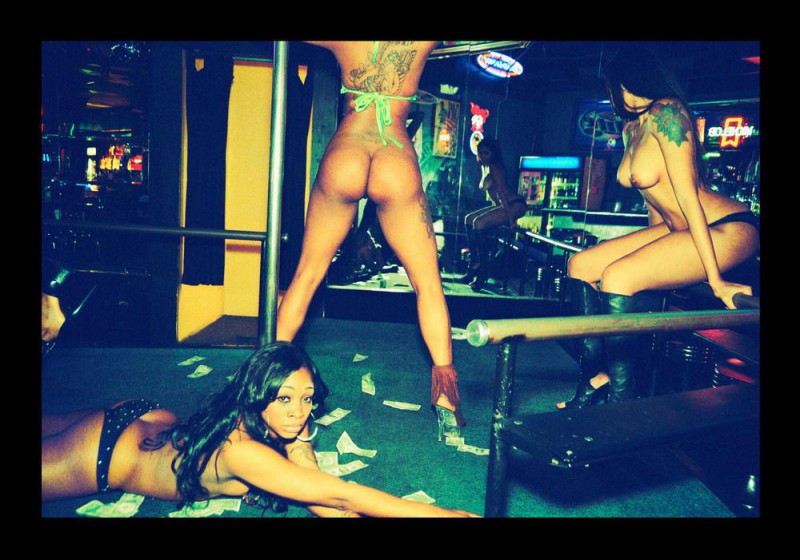 Why so many photos in the strip clubs?
Ivar: the Main theme of my photo series — the lives of the members of hip-hop culture, and strip clubs is the main place of their meetings and get-togethers, for them it is like a kind of temple. Lots of interesting action takes place behind their doors. This is the place where everyone wants to get to the party, where all the rappers perform with their new songs, where trendy DJs play their latest tracks. 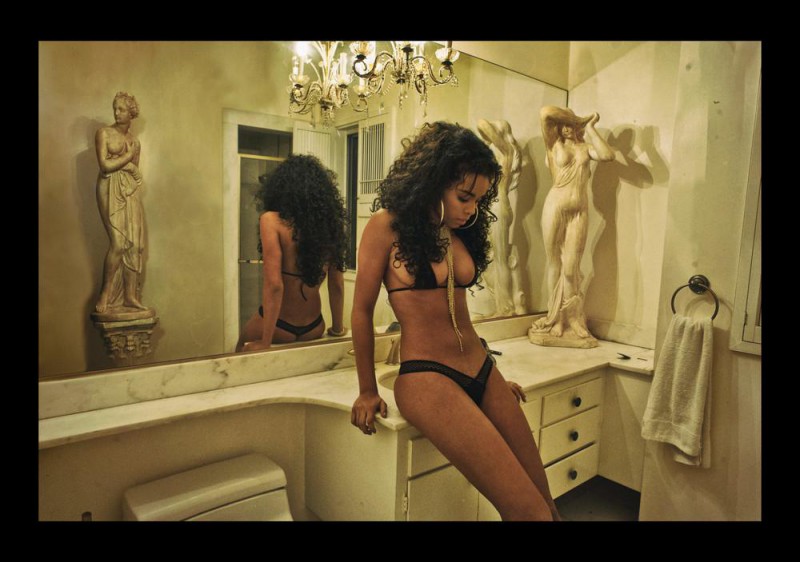 For some girls to begin dancing in a strip club — perhaps the most important goal in life: not only that, they can easily earn 5 thousand dollars per night, and many guys want to date them, because is kind of cool when you see one of these girls. 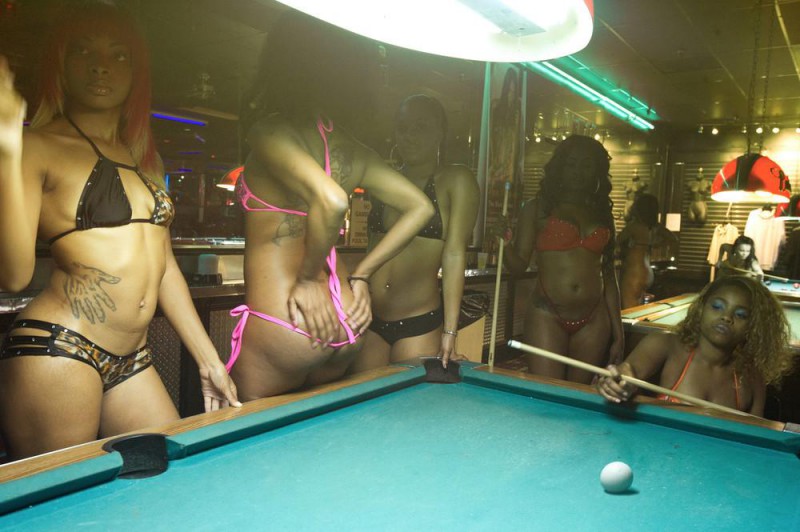 It’s quite interesting to hear because in many cities still are pretty bad stereotypes about young girls who get naked for money.
Yes, I agree, but in Atlanta I have no one even close never heard anything like it. Although, of course, Atlanta is different from many cities in the world. I grew up in Britain, where strip clubs are considered to be really dirty place, where occasionally go to the elderly, to satisfy their erotic fantasies. But in Atlanta it is not so, there they all go to strip clubs: couple, group of girls, I even met one pastor. Many people come to watch football or basketball, someone comes to eat. 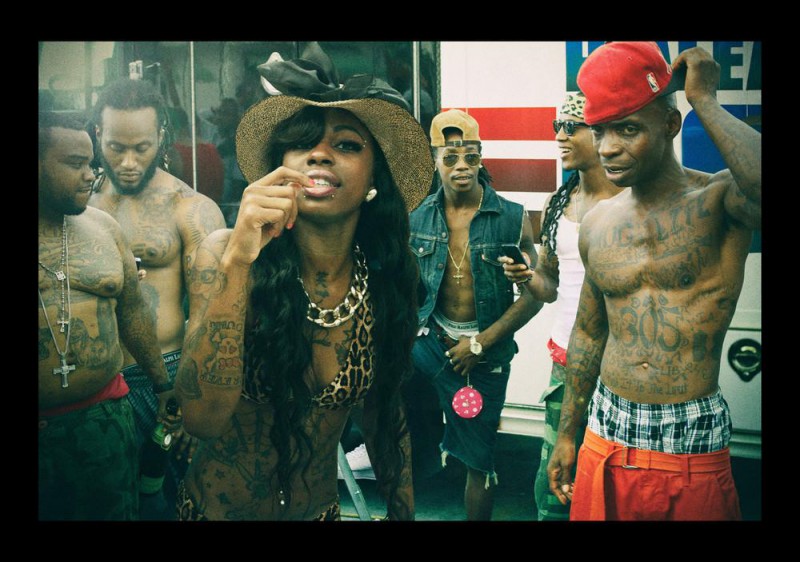 The main characters of your sequence — representatives of hip hop culture look like something heroic, almost divine.
Yes, it is. I’m trying to elevate the characters you see in the yards and on the grounds, to the status of idols. My goal is to make beautiful pictures that can catch the fancy of the heroes of my photos. 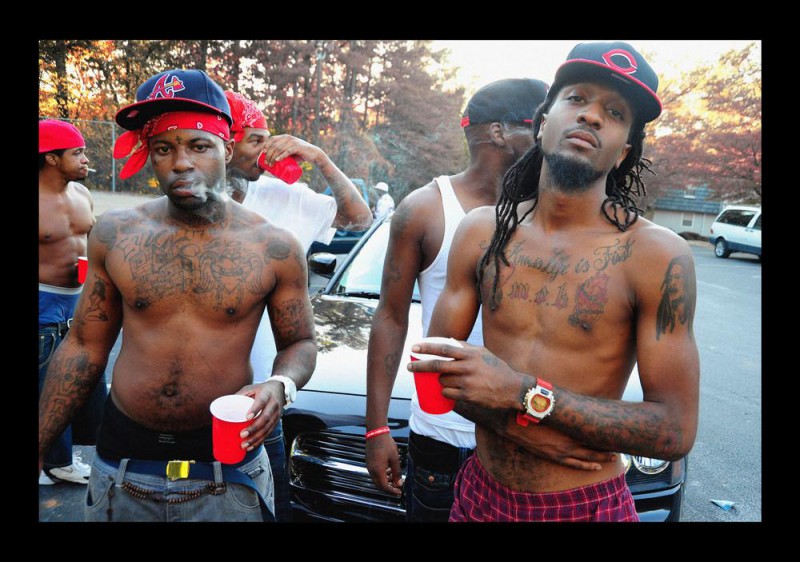 Hence the name of the series the Gods (“Gods”)?
Yes, but it is a street slang. This word denote those “Oldies” who was in jail, and other problems of veterans of energetic street life. Many young men look with admiration on them and talking about them: “the Gods!” 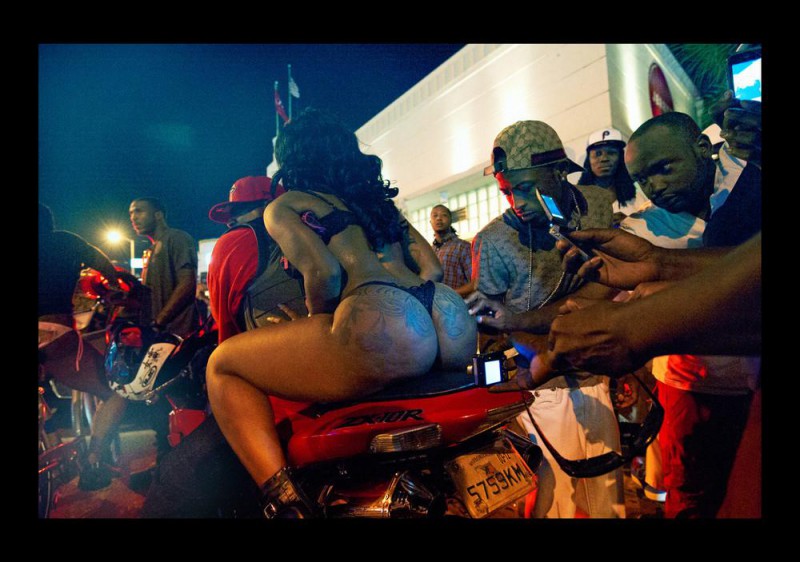 What prompted you to come to the USA and photograph the life of this specific community and not to remove, for example, any similar party in Scotland?
I think that many photographers put themselves in an unfamiliar atmosphere, or in a situation which may be unfamiliar to them to see the world in new ways and get rid of conventions, accompanying them from birth in native cultures. 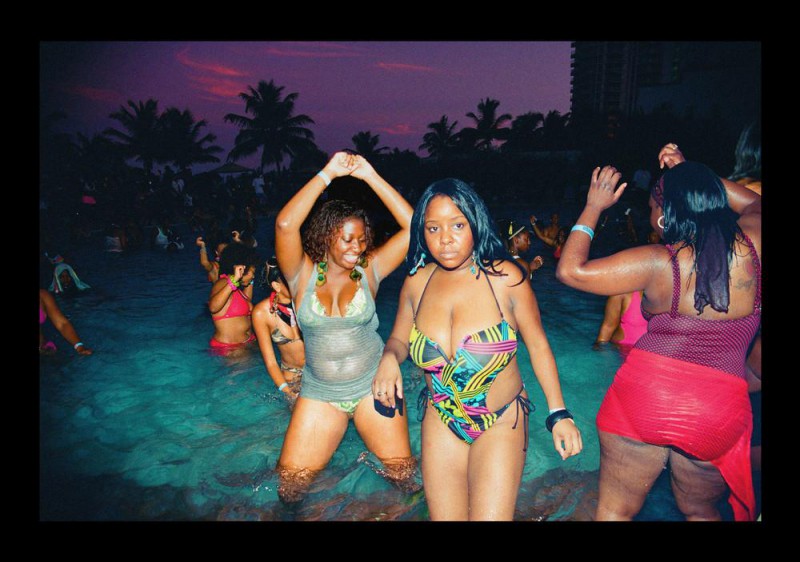 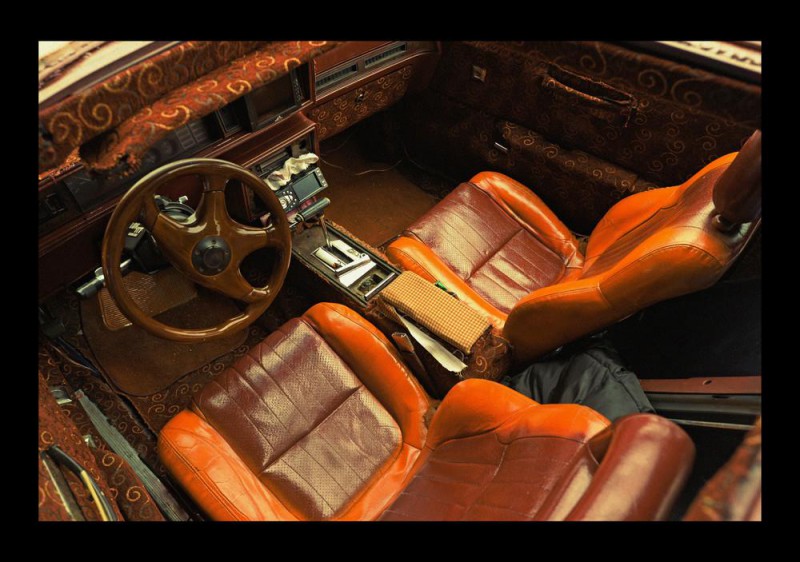 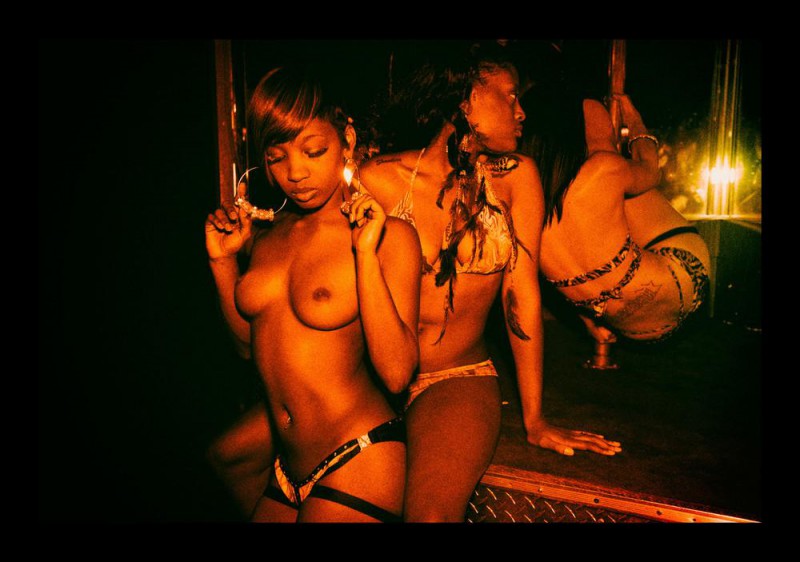 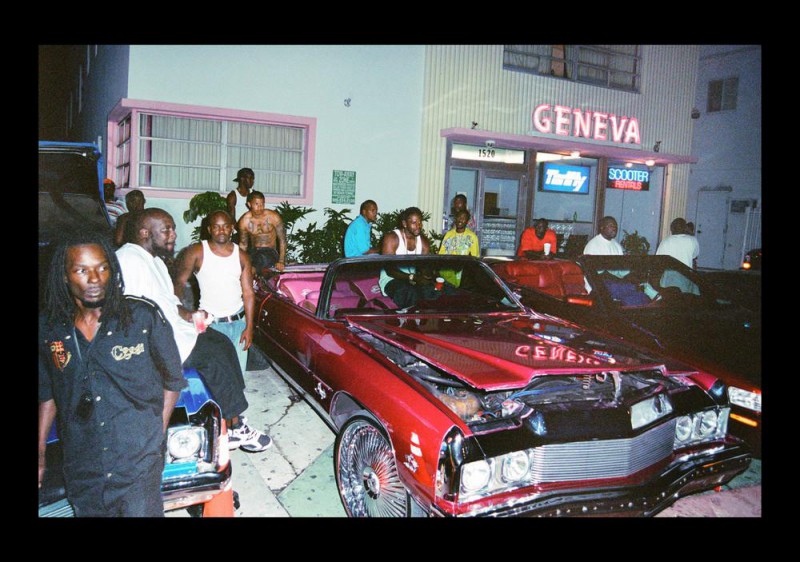 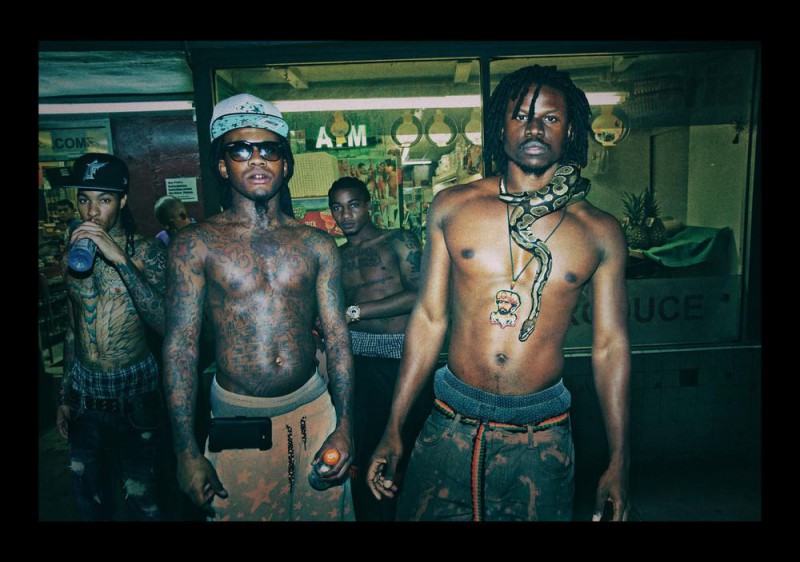