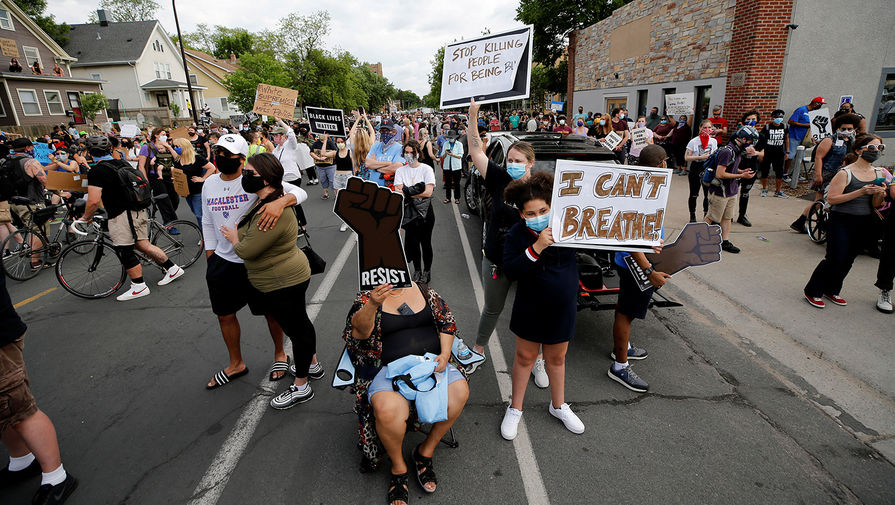 The mayor of Minneapolis, Jacob Frey on the background of the riots ushered in the city’s three-day state of emergency. At the same time, the US President Donald trump said that if the situation will not be taken, “the mayor — left-wing radical” control, it will send to the city the National guard.

In Minneapolis, Minnesota imposed a state of emergency for up to 72 hours due to the mass riots and protests after the news of the death of the African-American George Floyd, who was detained by the police. As reported by RIA “Novosti”, the corresponding order is published on the website of the municipality.

“Residents and guests of the city were under threat of serious injury or death; further unrest likely, the situation requires the adoption of extraordinary measures”, — stated in the message.

The order of the mayor entrusts the head of the Minneapolis emergency to request the necessary assistance and resources from nearby towns and counties, state and Federal authorities of America.

At the same time, the President of the United States Donald trump wrote on Twitter that it would have to take the situation in the city under control and to send National guard troops, if Minneapolis can’t handle.

“I can’t stand by and just watch what happens in the great American city of Minneapolis.

Complete lack of leadership. Or a weak mayor — the radical left Jacob Frey will take the situation under control, or I’ll send the National guard to do as it should be,” said trump.

According to the President, “bandits” on the streets defile the memory of the late George Floyd. “I just spoke with Governor Tim Waltham and told him that the military has at its disposal,” — said trump. He also noted that when the city starts looting, we will begin shooting.

The cause of riots in Minneapolis was a video which depicted the arrest of 46-year-old Floyd police. Security forces pushed black to the ground, handcuffed him, and one of the officers pressed a knee on his neck.

The detainee several times repeated that he could not breathe, and then lost consciousness. He was admitted to hospital and died in intensive care. Militiamen, in turn, said that Floyd had a physical resistance. He was arrested after the owners of the shop where there was a man who said that he used a fake check.

After the incident, hundreds of residents took to the streets with placards that read “I can’t breathe”. They shouted the slogan: “to prosecute the police.” People were able to block traffic on several streets.

Shortly thereafter, the leadership of the police of the city fired four officers involved in the arrest of resonance. The investigation into the death of Floyd joined the US Federal government in the face of the FBI.

The U.S. justice Department declared the case of Floyd “a matter of special importance.” “The Ministry of justice instructed his experienced prosecutors and FBI investigators,” — said the Agency. The investigation must establish that he violated police during the arrest the law or the incident was an accident.

Protests in America over police killings of African-Americans during arrests occur for many years. In 2016, Houston, TX (Texas) police shot and killed a black man for refusing to drop the weapon.

It is noted that the officers saw from the car a man with a gun in his hand. After that, according to the police report, the man pointed a weapon at police and refused to put it on the ground.

A day later, the city of Baton Rouge said that more than 100 people were arrested after a peaceful protest March with the slogan “Black Lives Matter” (“black Lives matter”), which was conducted in the neighboring state of Texas — Louisiana. There, too, police shot and killed a black man during the arrest.

A similar incident occurred in Minnesota, where a police officer shot and killed a black man after he stopped his car to check.