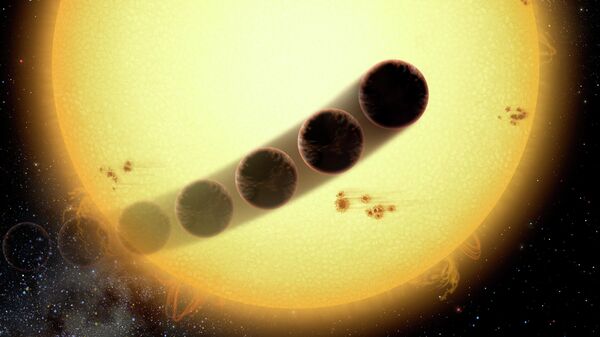 Tatiana Pichugina. In may, Venus, Saturn and Jupiter become retrograde — changing direction on the celestial sphere. Previously, it was considered a bad omen. In fact, in the Solar system, only one real retrogade — Venus. But the opening of the retrograde exoplanets was a complete surprise.

In ancient times people noticed that the planets, moving in the sky, sometimes acting weird, zigzagging. Most of the year followed by from West to East (if they are farther from the Sun than the Earth) and suddenly turn around, go back down. The moment when this occurs is called the standing.

In 1514 Nicholas Copernicus proved that the Earth was not the center of the universe, and along with other planets revolves around the Sun. Each celestial body has its own orbit, and what seems to us a retrograde movement as a result of their imposition. For example, Mars once in two years maximum moving closer to the Earth and, overtaking her, draws in the sky s-shaped loop. 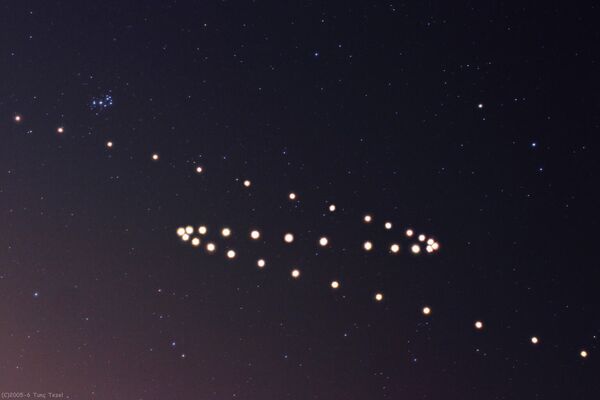 All of the planets in relation to Earth for a short time moving back down, but this is only apparent. Real reactionaries don’t physically rotate like the others. In the Solar system is Venus only.

If we were over the North pole of Venus, you would see that its axis it is spinning clockwise. The earth and other planets against.

It is believed that planets form along with star from the same protoplanetary disc. In theory, their orbits must lie in the same plane, and the direction of rotation and orbit around the axis to match. Why is Venus not so, not yet clear. Although noting her strong resemblance to the Earth — these planets are even called twins. One explanation of what is happening in the subsurface and atmospheric processes are so slowed the rotation of Venus is that she at some point stopped, and then began to spin in the other direction.

The distant ice giant Uranus also looks reactionary. He lies on one side relative to the plane of its orbit and the North pole bite down, which it seems that Uranus rotates clockwise. But if it is set properly, it will become normal. Scientists believe that billions of years ago, Uranus collided with a large cosmic body and turning in space. Another hypothesis in the past, the planet was a massive system of rings, which caused a resonance, rocked her and unfolded it.

General rules apply to satellites of the planets. For example, the Earth spins counterclockwise, the Moon around the Earth. But one of the 13 moons of Neptune — Triton — go “against the grain”. So, researchers conclude, Triton did not belong to the Neptune, was an independent small body, until Neptune captured it from the Kuiper belt. By the way, Pluto’s composition is similar to that of Triton, is also retrograde. This is partly contributed to his transfer to the category of dwarf planets. 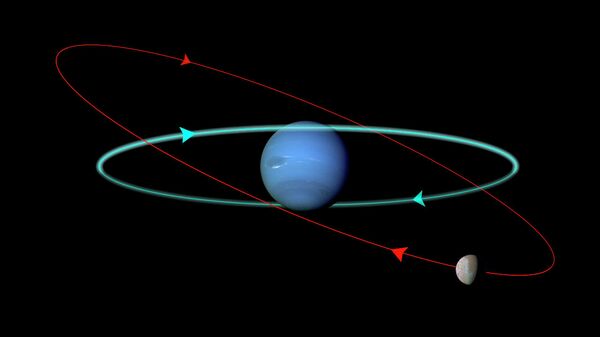 That’s what our system is completely devoid — planets that move in orbits against the rotation of the Sun. For a long time astronomers believed that it should be everywhere. But in 2009 he discovered the first exoplanet with retrograde orbit of the star WASP-17 in the constellation of Scorpio.

WASP-17 b is the largest and least dense of the known exoplanets. Are gas giants called hot Jupiters. Its retrogradation has intrigued scientists. Smadar Naoz of the Centre for interdisciplinary research in astrophysics, northwestern University (USA) suggested a possible mechanism: the mutual influence of the giant planets during the migration closer to the star or brown dwarf. But its implementation needs the coincidence of too many conditions, and this is unlikely. However, astrophysicist, put forward a daring hypothesis that such retrograde Jupiter is not uncommon to have a quarter of among observed. However, the existence of hot Jupiters themselves still awaits an explanation.