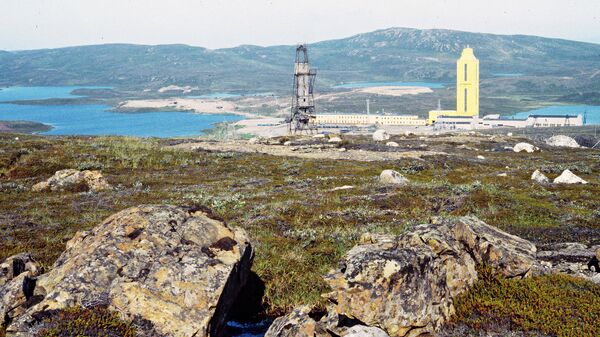 Vladislav Strekopytov. Exactly fifty years ago on the Kola Peninsula began to drill deep hole. This ambitious research project was in the Guinness Book of records as “the deepest human intervention in the earth’s crust” — 12 262 meters. Soviet scientists wanted to get to the border of the crust and mantle. That they did — in the material RIA Novosti.

In the name of science

In the early 1960-ies in the Soviet Union created a system of super-deep wells. Kola was the third in a row, so gave her the code SG-3. Just until the 2000s, has laid fourteen such wells and only one of them, the Kola, were not drilled for exploration or extraction of minerals, and purely scientific purposes.

How was it, RIA Novosti was told by a former Minister of Geology of the USSR, doctor of technical Sciences, Professor Evgeny Kozlovsky, personally oversaw the project: “the Kola superdeep borehole was the result of serious scientific debate. The decision was preceded by a large meeting of scientists and representatives of geological industry. They talked about a number of very deep wells in those geological structures on the territory of the Soviet Union, the deep structure which it was necessary to clarify. We substantiate the need for such work”.

On the Kola Peninsula on the surface of very ancient rocks aged about three billion years. What’s beneath them, it was particularly interesting to find out. Geologists thought: at a depth of 10-15 km of the well will reveal the mantle of the Earth. Such predictions gave Geophysics. 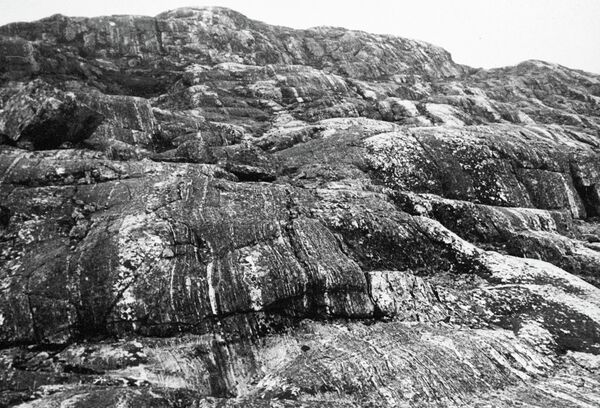 The first four years, to the depth 7263 meters of tunneling were serial installation “Uralmash-4E”, used in the production of oil and gas. On required special equipment. Analogues in the world was not, because to such depths no one has drilled to the same leadership of the country was instructed to do without foreign assistance. The project tried not to advertise.

“Take up to 10-15 kilometers is no easy task. But we must pay tribute and scientists from the Academy of Sciences and head of the geological institutions — they were very reasonable. First formulated the list of questions that should have answers. It is allowed to come to a constructive understanding of the well”, — says Evgeny Kozlovsky, then head of the Interdepartmental scientific Council “Studying the deep Earth’s interior and superdeep drilling” of the state Committee on science and technology of the USSR.

In the end after a company has developed a drilling rig “Uralmash-15000” — calculated to a depth of 15 thousand feet. Technically it was an absolute innovation is rotated not the whole column many kilometers of pipes, but only the drill head driven by a turbine. This method is called turbine drilling. All processes, except the tripping process, automated.

Made of special high-strength lightweight drill pipe made of aluminum alloy. At great depths, ordinary steel is not suitable because of the risk of breakage of the column under its own weight — its mass exceeds 200 tonnes. 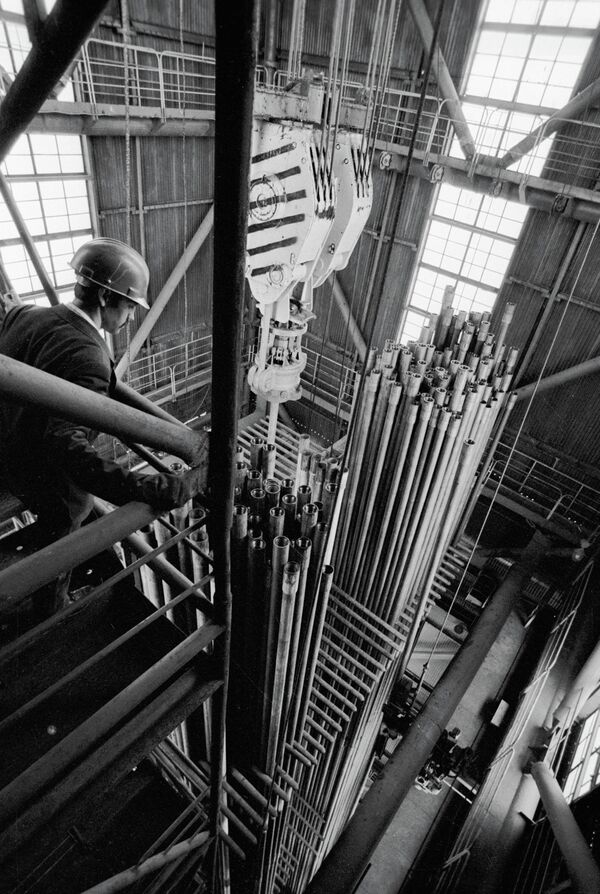 In the summer of 1984 in Moscow hosted the international geological Congress, whose President was Eugene Kozlovsky. From the rostrum of the forum, he announced to the world about the success of the Kola superdeep borehole: the past 12 066 meters. It created a furor. The USSR has overtaken all. The work was declassified, the delegates were taken to the Kola Peninsula, and in-depth study of the subsoil allocated in a separate area of Geology.

In September 1984, the drilling is stopped at the time of Congress has continued, but at the first descent was an accident — a five-kilometer column of pipes was broken and left in the well. After seven months of unsuccessful efforts to extract it from there to had to re-drill from a depth of seven thousand. Again to reach twelve kilometers was only by 1990, when it set a record of 12 262 meters. Then the new crash, but in 1992 stopped funding and the project folded.

The depth of seven thousand meters was for the project SG-3 fatal. Four times he started from this point on the new. And all because of the design of the wells scholars quite differently imagined the structure of the crust. 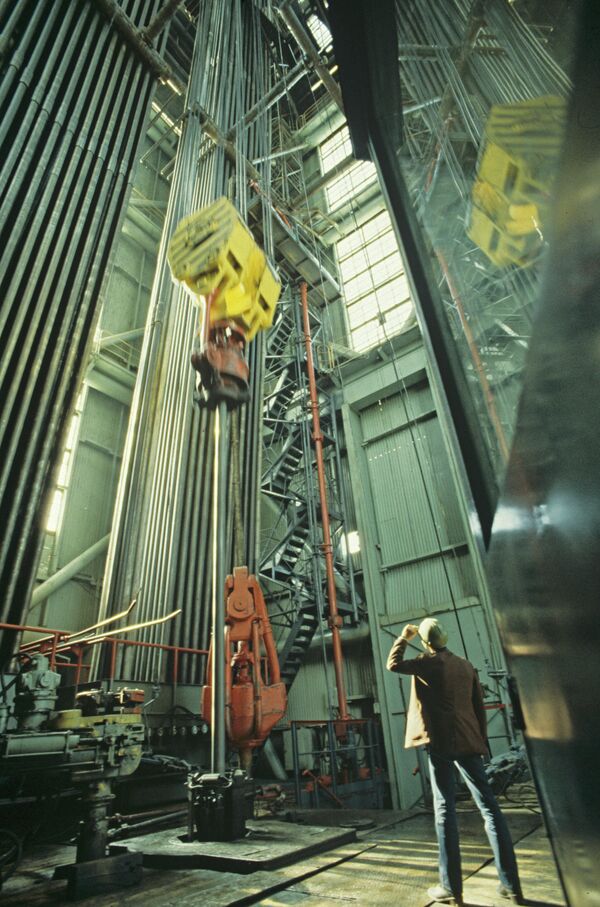 Geologists and geophysicists thought that five to seven kilometers granites, facing the Kola Peninsula to the surface, will be replaced by more dense basalt. It was not so. Is strong and massive rocks went fractured and unstable, which periodically showered, clamping the drilling pipe.

Basalts have not seen any on the seven miles or twelve, they did not exist in the core of the Kola borehole. It became clear that the boundaries allocated to the seismic data, is not shared by the layers of different composition, and the rocks with different physical properties.

Basalt is at a depth were the same granites and gneisses, but with lots of cracks and a low density, which was a complete surprise to many kilometers depth, where a huge pressure, would seem to rule out the occurrence of open cavities. Moreover, these cracks and then, scientists have found water. And it’s not the only surprise.

The Heat Of The Earth

As it turned out, the depth is much hotter than previously thought. Near the surface the rate of temperature increase, or, as scientists say, the geothermal the ratio was 11 degrees per kilometer, at depths of two kilometres — 14, and even deeper — up to 24 degrees per kilometer, although the model predicted one and a half times smaller value. At seven kilometers, the temperature at the bottom was 120 degrees Celsius and twelve — 230!

“In such circumstances, the devices could not work, — said Kozlovsky. — Therefore needed a special refrigeration unit that is lowered inside the tubes to cool the near-wellbore”. 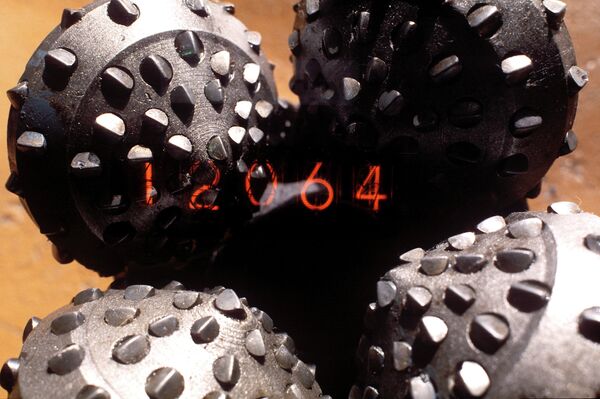 In 1989 launched the first international program for studying the structure of Earth with the help of geotraverses or transect — regional geophysical profiles, stretched between the deep and ultra-deep wells. In the USSR transects combined more than 30 wells located at a distance of three to five thousand kilometers from each other. One of them is the Kola superdeep.

“The drilling of the Kola, like any other well, gives a personal view on the geological structure. The main result was that we tied superdeep borehole network profiles, and this has led to a vast territory in the automatic mode to record seismic waves from natural and artificial earthquakes, and then for him to clarify the geological structure of the region traversed by geotraverses, and build the actual incision,” explains Kozlowski.

It was a totally new approach to the study of the deep structure of entire regions, based on the combined use of data of deep drilling, seismic sounding and other geophysical and geochemical methods. For several years, scientists have assessed the prospects of mineral resources in the whole country and identified potential ore and oil and gas field. This is the most important practical result of drilling of the Kola Peninsula.

It was assumed that after completion of the project, the Kola superdeep borehole will be a unique natural laboratory to study deep processes in the earth’s crust. However, the collapse of the Soviet Union dashed those plans.

In 1995, all scientific work because of lack of funds stopped, well preserved. Gradually industrial complex was in disrepair. In 2008, all valuable equipment was dismantled.

And now, on the eve of the anniversary project on may 20 this year, Deputy Governor of the Murmansk region Olga Kuznetsova said that the regional authorities are discussing the possibility of turning the Kola superdeep borehole in a tourist site. Unfortunately, in this case we can speak only about the place where it all happened, because of the hole there was nothing left. Even rusty pipes and bits have long ago sold for scrap.