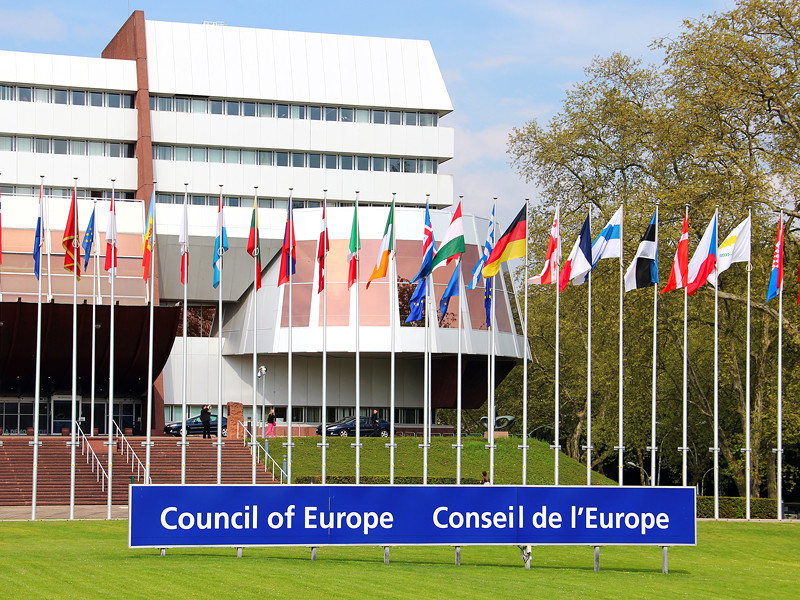 In the Council of Europe on Wednesday has considered the petition of the Russians on the need for legal expertise proposed by Vladimir Putin and his supporters of amendments to the Constitution of the Russian Federation and the procedure for their adoption. European officials have decided to send the request for examination to the Venice Commission. The timing of this procedure are not yet known. About it Znak.com said the authors of the petition the lawyer-constitutionalist Stanislav Stanskogo and human rights activist Yuri Dzhibladze.

The petition was supported by more than 200 thousand Russians, including more than 120 Russian human rights activists, lawyers, academics, political analysts, politicians and public figures, were discussed at the online meeting of the monitoring Committee of the parliamentary Assembly of the Council of Europe. Appeal to hold an urgent legal review of amendments to the Constitution and the procedure for their adoption was supported by the members of the Committee.

“The Committee took a positive decision about the direction of this request to the European Commission for democracy through law (Venice Commission of the Council of Europe). The Commission is empowered to give a legal assessment of the constitutional project of member countries of the Council of Europe. Her expert assessments are Advisory in nature,” say the authors of the petition with reference to the members of the monitoring Committee.

The Venice Commission should review changes to the Constitution of the Russian Federation on compliance with European and international standards of democracy and the rule of law and the legal obligations of Russia within the Council of Europe.

Request to the Venice Commission is an important step. The fact is that to do it without the consent of the state to which the request relates, means to guide the Council of Europe “to take some conflict with the Kremlin,” explained earlier Stanislav Stanskogo.

As reported, in mid-June, the Venice Commission should publish its assessment of the amendments only to the 79th article of the Constitution on the law of the Russian Federation not to execute the decisions of international bodies.

Co-organizer of the appeal, the President of the Center for democracy and human rights Yuri Dzhibladze about the chances for the adoption of the document as high, despite the fact that this will be resisted by the Russian authorities. “Despite the Advisory nature of the opinions of the Venice Commission, experts and activists would like to see this assessment was made before the nationwide voting. Then Russian citizens will be able to make up their minds about amendments in the light of European standards and Russia’s obligations as a member of the Council of Europe,” he stressed.

Stanislav Stanskogo added that the decision of the Venice Commission will allow to document violations relating to the amendments and their adoption. Expertise “can be used by Russian civil society in the struggle for the restoration of the constitutional order”. In addition, it will attract attention “to the current unconstitutional situation in Russia,” said the lawyer.

We will remind, on March 11 the Council of the Federation “in emergency mode” approved the law on amendments to the Constitution. It happened just a few hours after the document in the third and final reading adopted the state Duma, where the initiative was voted 383 MP, but 43 deputies from the Communist party abstained. Among the amendments adopted was one that was proposed by Deputy Valentina Tereshkova. It involves the nullification of presidential terms of Vladimir Putin that will allow him to remain in power until 2036.

Among other amendments – the Constitution’s mention of God, the Russian language as the language of the “constituent peoples” and prohibition on “falsification of history”. In addition, the amendments provide the redistribution of powers between the branches of government, the priority of Russian laws over international law, enshrines the concept of marriage as a Union exclusively of a man and a woman.

As noted by the speaker of the upper chamber Valentina Matvienko, the nullification of presidential terms “will allow to provide carrying out of effective state control in the coming years and will devalue any speculation about the successor, the possibility of changing the configuration of the institutions of power in our country and much more.” “We must commend what has been done in the development of the country Vladimir Putin over the past 20 years. He raised, you might say, the country with the tribes, provided ongoing development destroyed at the time of the economy, have created an efficient and effective army, has returned Russia to its role in the international arena. And most importantly, I think, – returned to the country and its citizens dignity. Today our President is recognized as the world’s one of the world leaders, and that’s a fact,” she said.

In the next six months, Russia can take a vote on amending the fundamental law of the country. Initially it was to be held on April 22, but was postponed indefinitely due to pandemic coronavirus. According to sources Znak.com the vote may pass on 8 July.

In an address to the international experts of the Council of Europe emphasizes that proposed by the Kremlin the amendment of the Constitution to “strengthen the already powerful and undemocratic power vertical; reduce human rights guarantees; increase the imbalance in the system of checks and balances, weaken the independence of the judiciary; even more centralizes administration of the state to the detriment of the constituent entities of the Russian Federation and significantly reduce the autonomy of local self-government.”

“These changes are aimed not at improving the functioning of the political system of Russia, and to ensure continued stay in power of current political elites and to prevent the prospects of development of democratic and legal institutions. But most importantly – they include the nullification of the presidential term of the incumbent, allowing him to be re-elected for two six-year terms after more than 20 years of stay in power. This will violated the fundamental principle of a democratic state – the turnover of power”, – the document says.

According to its authors, “what is presented to society as constitutional reform, in practice even more alienated Russia from the realization of the principles of a democratic Federal legal state with a Republican form of government and the European constitutional values and democratic norms, and in direct contravention of Russia’s obligations in the framework of the Council of Europe”.

The petition signed by the Professor and the co-author of the Constitution of the Russian Federation Victor Sheinis, Professor of constitutional law Irina Alabaster, a former aide to President Yeltsin, Georgii Satarov, a Professor of Economics Sergei Guriev, Chairman of the Sakharov center Vyacheslav Bakhmina, the Chairman of Fund of Boris Nemtsov for liberty by Vladimir Kara-Murza (Jr.), journalist Sergei Parkhomenko, doctor of historical Sciences Andrei Zubov, Lilia Shevtsova and Ivan Kurillo.