Information “on the verge of sensation” – especially for those who are interested in old appliances. In addition to a dozen old trams, for several years, taking part in traditional parades in Moscow, it appears, survived several other “prehistoric” cars, two of which were collected before the revolution. In the future, all of these “dinosaurs” is expected to recover and to put on the course. 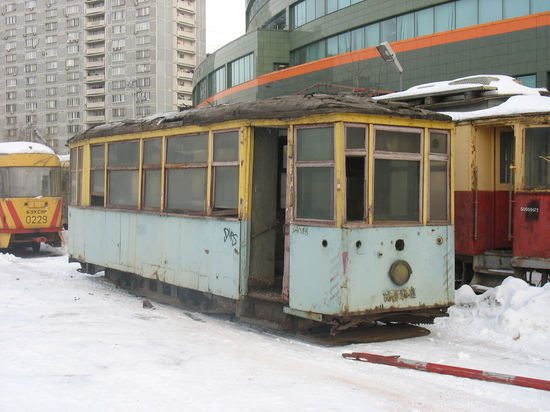 The collection of specimens of old passenger vehicles collected “under the wing” sue “Mosgortrans” is the largest in the country. Over the years, restored a few dozen samples of trams, buses, trolley buses, transporting passengers in the last century. Periodically in Moscow parades and exhibitions of this unique technology, which gathers thousands of viewers.

Most “older” exhibits “of mosgortransa” collection can be found among the trams. Among them – an absolute record-centenarians: a tram car of the sample of 1884 and motor car of the type f, manufactured at the Mytishchi plant in 1908. In addition to the parade of retro trams demonstrates several cars produced in the USSR in the 1920s–early 1970s

It would seem, to fill up this new collection of rarities is no longer possible. Because in our country has existed for decades immutable rule: all end-of-life equipment to send to the smelter, the state needs metal! However, how did you find out the correspondent “MK” in the future, the Muscovites have the opportunity to see some more trams-grandfathers.

The author of these lines was able to meet with them now, thanks to tours (virtual, of course), which was conducted by one of the capital’s lovers of retro technology, who asked to call him Peter Popov.

Place our “educational walks” has become a platform of the Tram repair plant of “Mosgortrans” on Volochaevskoe the street. Here, in the farthest corner, on rail tracks along the concrete fence and hidden from view several unique retro-cars. Enthusiasts captures them in photos.

– A few years ago, all this vast area was not restored yet retro technique that managed to “scrape by susekam” parks and depots passenger transport, – said Petr. Later on, when bus and trolleybus part of the collection “Mosgortrans” was transferred to the Museum “Moscow transport”, hence took almost all the old buses and trolley buses. But several trams awaiting their turn for restoration, left… Here you can admire the pictures of these veterans.

– To be honest, appearance does not cause joy.

– Yes, they look at the moment a little presentable. Far from its factory condition. But these trams and survived-that they were at one time after the cancellation remade in technical transport wagon, platform crane, tow… Now have to return veterans to their original appearance, which, of course, is not easy. However, the goal in this case clearly justifies the means. After all, some standing now in the SFS cars unique. Two of them were built in the beginning of the last century.

For example, the tram-crane. It was originally the wagon of the Austrian company “Ringhoffer” (later the famous Czech “Tatra”), assembled in the present Czech Republic in 1910 or even 1900 years. While Moscow bought about a half dozen such cars. Of them survived to our days only – due to the fact that it in 1932 remade for maintenance repair and technical services. 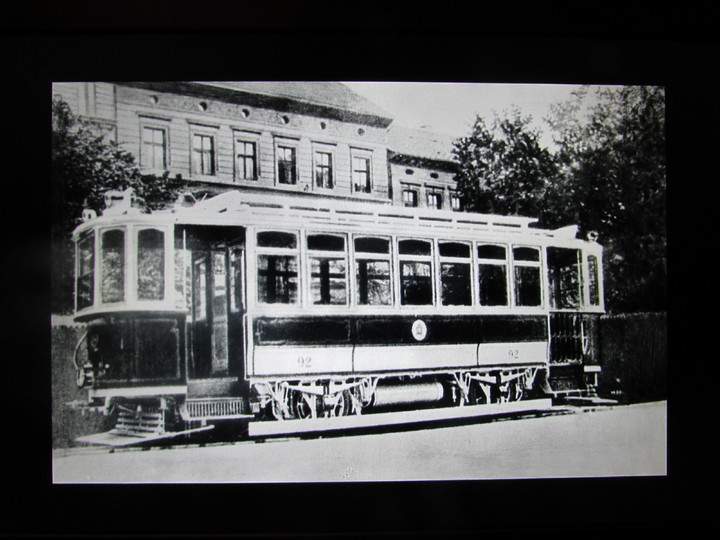 A side by side is contemporary “Austrian”, tram manufactured in Russia. Are produced in our country for several plants in the period from 1907 to 1914 It is the car f – “lamp”. This name appeared due to peculiarities of body structure: the roof is made of special “light” add – in with glass on the sides, designed to improve the illumination of the cabin. Once in Moscow, traveled a lot of “fonarikom”, but to the present day survived only two converted for freight trams. One of them already restored and participates in parades and in the filming of numerous movies. And before the second “old man” while hands did not reach, but it is also necessary to restore for the Museum’s collections because more of the pre-trams have not survived.

Separate conversation about the unsightly appearance “box” with traces of blue paint on the walls. This is a real relic of the times of the great Patriotic war – the tram MS-4 who survived the siege of Leningrad. For Moscow it “the visitor”, but in the Northern capital there were many. Cars MS-4 (stands for “steel engine of the fourth model”) was manufactured at the Putilov (Kirov) plant in 1932-1933 Till our days survived only individual instances. One of them, as they passed “Mosgortrans”, in early 2017, “Putilov” was brought to the territory TRZ in the trailer…

Another old tram awaiting restoration at the edge of the plant site. As explained to Peter, this is MTV-82 – the first Soviet all-metal tram that shortly after the war began to produce on one of the capital’s “mailbox” machine – building factory No. 82 in Tushino. Once the emergence of such comfortable cars with soft spring seats was a real revolution in passenger service. Now in the collection of “Mosgortrans” has one fully restored MTV-82. And his twin stored on SFS can be very useful to recreate an earlier – initial, variant Tushino trams. Several dozen wagons with a characteristic broad “Molodoy” (they even called in everyday life “bullheaded”) was made in 1947 and released on line as a gift to the townspeople to the celebration of the 800 anniversary of Moscow. None of those cars have not survived, but according to experts of old technology, this car can be recreated using as a basis the surviving instance MTV later modifications.

– Now open area TRZ fit for placement of wagons serving the existing passenger lines. Therefore, most likely a retro-trams stored here is still have to be transported to the territory of one of the Moscow depots. Currently, everything is already restored and awaiting restoration carriages of pre-revolutionary and Soviet times are on balance of the Tram management “Mosgortrans”.

– When Muscovites will be able to see these veterans in their original form?

– Definite information I have. The restoration of the old tramway is a very difficult, laborious and costly affair. Even in the most successful periods Glaucus was able to restore a maximum of 1-2 cars a year. Now it is important to preserve these unique pieces of equipment. Transport them in a safe place for storage.

By the way, the tram of type f at the end of may 1912 could ride and Nicholas II. Then the Royal family arrived in Moscow for the opening of the monument to Alexander III in the Kremlin. And next, on the Kremlin embankment took place recently, in late 1911, an open circle line And the famous Moscow “Anna”. So the Emperor could, of course, and “highest test” of the new Moscow line of the tram: coming from the Kremlin (via Tainitski gate) to get into the car and drive a few hundred meters to corner Vodovzvodnaya tower, near which is the entrance to the Kremlin through the Borovitsky gate.