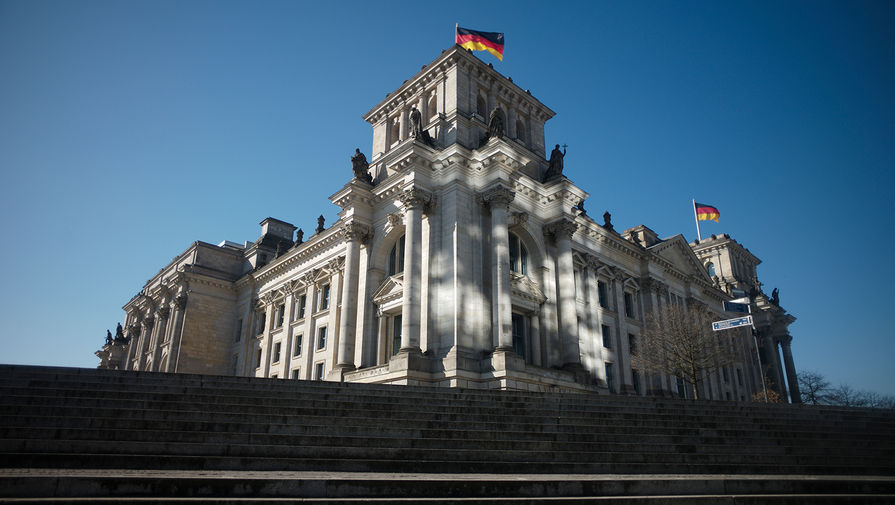 The German foreign Ministry announced that it would advocate for sanctions against individuals and organizations who are involved in the hacker attack on the Bundestag in 2015. In may, the state office of public Prosecutor of Germany declared that declares internationally wanted Russian Dmitry Badin. He allegedly participated in this attack, which was stolen 16 GB of data, including emails of parliamentarians.

Against individuals and organizations who are involved in the hacker attack on the Bundestag in 2015, will start the procedure for the adoption of EU sanctions, announced the representative of the German foreign Ministry Maria Adebar.

“We will advocate for the adoption of the list of persons to enforce the sanctions regime of the EU. It exists in may 2019 and have not been applied yet”, — she assured.

According to her, the German government “intend to declare persons”.

“This sanctions regime allows to freeze their assets, impose restrictions on entry into the EU against individuals and organizations. This procedure, which now launches the German government,” he added Adebar.

The cyber attacks on the Bundestag happened five years ago. The deputies then came e-mails supposedly from the UN. They contain a malicious link, which launched the program with which the attackers got at least 16 GB of data, including emails of parliamentarians. In order to prevent the attack, the authorities have temporarily disabled the entire IT system of the Bundestag.

This attack is attributed to Russia. So, in early may of Genprokuratura Germany declared internationally wanted by Russian Dmitry Badin. He is suspected of involvement in this attack. According to German law enforcement authorities, it is the hacker group Fancy Bear, which the Western countries are linked with the GRU (Main intelligence Directorate of General staff of the armed forces).

“Attack on the Bundestag lasted for months and finally in may 2015 for a few days paralyzed the entire computer network. It was an attack on the heart of German democracy — the reaction of Germany on the incident was still disproportionately low-key. An invitation to the Russian Ambassador seems more like a kind of ritual act than a strong reaction of the country, aware of its own significance”, — writes the German newspaper Die Welt.

Moscow, in turn, denied any involvement in this attack and argues that German law enforcement has no evidence of Russian involvement in this attack. “In the Bundestag suddenly announced that the German secret services discovered that five years ago there was a hacker attack on emails of the Chancellor [of Germany, Angela] Merkel that all the Russians did. Five years have passed and not a single concrete fact to us is not shown,” — said the Russian foreign Minister Sergei Lavrov.

Earlier, the head of the Duma Committee on international Affairs Leonid Slutsky said that the new sanctions against Russia over cyber attacks attributed to her five-year-old can become a “destructive step”, given that more and more politicians and businessmen of Germany calling for the abolition of restrictive measures.

Slutsky reminded that “no evidence is not presented, only allegations”. “It’s such postpandemic a cold shower, trying to get everything back to normal in the Western world, where Russia completely unfairly accused of all sins on the basis of mere speculation,” — said the MP.

In his opinion, “if we really go about any sanctions from Berlin, it will be ill-conceived and destructive step, the artificial irritant in our relations.”

Slutsky noticed that in Germany, on the contrary, “there have been calls to restore the dialogue to abandon the policy restrictions”. “The official authorities, in my opinion, is to listen to the voices of the sane politicians and businessmen”, — said the Deputy.

But the German Chancellor in this matter determined. “I am serious about these things, because it has conducted a thorough investigation,” — said Angela Merkel in mid-may, speaking about the incident five years ago.

She added that trying to improve relations with the Russian side. “But when on the other hand see that there is hard evidence that Russian forces are operating in this manner, forms a tense situation in which we work,” she said, stressing that Germany reserves the right to “take action”.