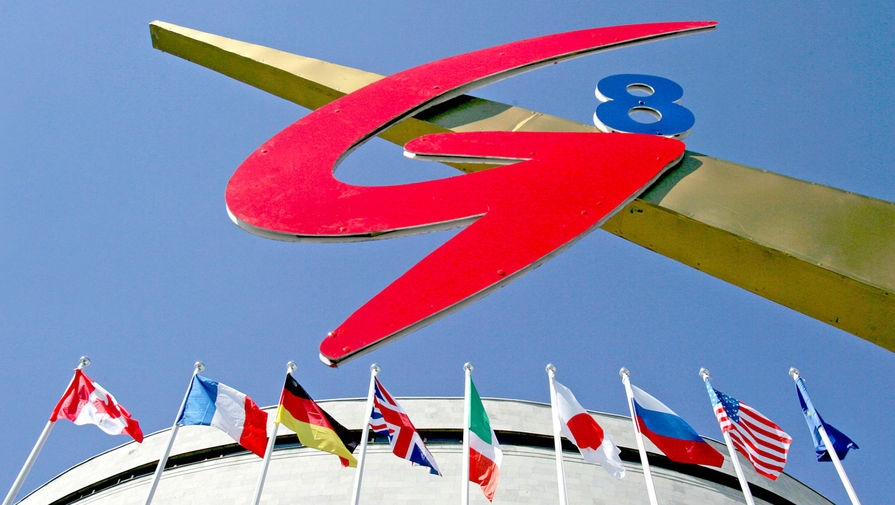 The President of the United States, Donald trump intends to transfer the G7 summit and call on him to Russia. The head of the international Committee of the Federation Council Konstantin Kosachev said such an assessment by the trump of the situation “obvious reality”. According to him, Moscow is interested in full participation in the summit.

The intention of the American President Donald trump to postpone the summit “the Big seven” and to invite Russia indicates adequate evaluation by Washington of the situation in the international arena. Such opinion in conversation with RT was expressed by the Chairman of the international Committee of the Federation Council Konstantin Kosachev.

“It is an obvious reality,” the Senator said about the assessment trump the G7 format without Russia as obsolete.

According to a member of the Federation Council, the Russian side and other countries have stated that the “Big seven” in the last time was not a mechanism to create new solutions, as was originally intended – but only a “ritual demonstration of the” unity of the G7 countries around the world.

This format, according to Kosachev, few people are able to interest, in addition to its direct participants. He added that Russia is interested in the invitation to the summit only if she will participate as a full member of the negotiation process.

“Another thing, if Russia and the other “newbies” are invited to this format to sit on the side chairs and pay their respect to the traditional “seven”, – concluded the Senator.

Earlier, the CBS announced that trump called “ineffective,” the G7 format. He also proposed to call for the summit, Russia, India, South Korea and Australia.

To organize the summit will be not before September, said trump. Earlier the meeting was planned for late June in Washington, in the “classical” part of the seven countries.

The Russian Federation consisted in the G8 from 1997 to 2014, then the organization was called the “big eight”. However, after the reunification of the Crimea with Russia and other participating countries format accused Moscow of meddling in Ukraine’s internal Affairs and had not been invited to the summits.

In 2018 trump said about the need for presence of Russia at the summit “the big seven” in Quebec city on 8 June before heading to Canada for a meeting with the heads of state of G7.

“Trump has called for Russia, which was excluded from the group of leading world powers after the annexation of the Crimea, to restore our participation [in the “big eight”]”, — stated in the message published by Associated Press.

The Prime Minister of Italy, Giuseppe Conte supported the proposal of the American President. “I agree with President trump, Russia should return to the “big eight”. It is in the public interest,” wrote the Italian Prime Minister in his Twitter.

Statements by foreign leaders about a possible revival of the format “group of eight” with the participation of Moscow then commented the press Secretary of the President of Russia Dmitry Peskov. The official representative of the Kremlin said that the Russian side “does the emphasis on other formats.” Recall that in those days, Russian President Vladimir Putin was at the summit of the Shanghai cooperation organization in Chinese in Qingdao.

Meanwhile, the President of France Emmanuel macron, and even stated that the G7 may well do and no trump if that is so want.

According to him, the countries “the Big seven” will be able to sign the final document of the summit in Quebec, and without the participation of the President of the United States. The American leader “is still perhaps in its current isolation,” but the remaining six G7 countries “are quite satisfied with the opportunity to sign the document [of the summit] without him,” wrote the macron on Twitter.

German Chancellor Angela Merkel said that the resumption of Russia’s participation in the format of “big eight” it is impossible for the reunification of the Crimea with Russia.

The G7 format is not based on any international Treaty and has no Charter or formal membership. “Exclusion” of the organization is based on the ads side “persona non grata”.

We add that the Russian government has repeatedly urged Western countries to abandon the principle of a unipolar world and to overcome imposed on the entire planet hegemony.