In the United States successfully launched the first in nearly a decade of manned space vehicle. The launch of the first private spaceship, according to many experts, marks a new era in space exploration. His opinion of the Crew Dragon launch and the future of the space industry with “MK” shared grandson of the designer of the Soviet rocket-space systems Sergey Korolev – Andrey Korolev. 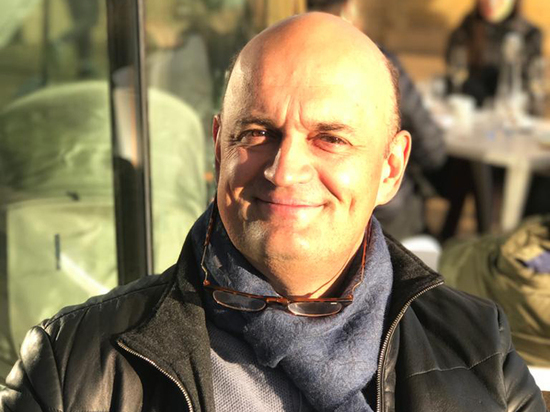 Since the beginning of the manned space age in 1961 flight into space was provided by the state. They competed in the “space race”. A new era in space exploration, as they say experts, was opened by American entrepreneur Elon Musk, Creator of SpaceX, a private company.

Saturday from pads at Cape Canaveral launched the space created SpaceX Falcon 9 rocket c manned spacecraft Crew Dragon, on Board of which are two American astronauts. The ship is expected to dock with the International space station (ISS).

Many experts have called the successful launch of the first private manned spacecraft “new Chapter” in human exploration. Your opinion about Ilona Mask, about the future of the space industry in conversation with “MK” shared grandson of the Chief designer of the Soviet space rocket technics, the founder of the first artificial earth satellite and the world’s first manned spacecraft “Vostok-1”, academician Sergei Pavlovich Korolev – Professor, doctor of medical Sciences Andrei V. Korolev.

You, as the grandson of the Creator of our first space rockets, how do you assess the launch of the spacecraft Crew Dragon and the role of Elon musk in space exploration?

We, the family of Sergei Pavlovich Korolev, of course very happy for Elon musk and the SpaceX team. Watched his work, proud of what he did, believe that it is fine and very cool. The fact that private companies now have access to space exploration – this is a great achievement for all mankind.

-Elon Musk reminded of the old adage Dmitry Rogozin about the fact that the United States will have to send its astronauts into space “with a trampoline”.

-It was the threat of a specific person, for which all the people I know, it was a shame. Anyone who saw it and read it, and was ashamed, perhaps it should be considered opinion only this man who made such a statement, let it remain on his conscience.

-With the launch of the Crew Dragon did mankind closer to the exploration of the moon, Mars, and other planets?

-Of course. This road was marked on my grandfather – academician Sergei Pavlovich Korolev, to which Elon Musk is treated with great respect. And now this road has become brighter and shorter.

-And in the context of recent events would you like to wish Ukrainian space industry?

-We want our space to the office of healthy competition and the involvement of private companies at all stages of work. That’s Life. Unable to come up with only one organization, which would be a powerful story it was. This is the story. Only then the country can be a new Sergei Korolev, what we all really want.

To this Department was headed by a man obsessed with ideas of competition in the field of space exploration, he was one of those people who to a healthy obsession is passionate about space.

He was able to inspire this idea and health, and others, and lead them. I am sure that our country has many talented new people, new Koroleva, who and Masks.

The government of France has authorized since June 2, to open cafes and restaurants in some regions

The virologist called the most effective means of protection against coronavirus