Scientists have increasingly realized the thought that the coronavirus came to Europe last fall, that is, before in Wuhan, China was announced the outbreak of a new disease. 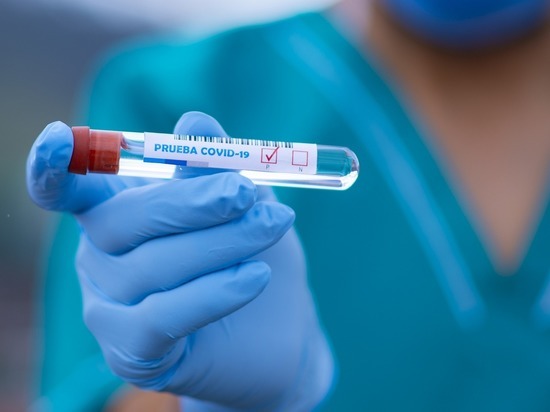 Headed by Dr. Michael Schmitt from the albert Schweitzer hospital in Colmar in northeast France, a team of researchers has studied thousands of x-ray images of the chest with the end of 2019 and were able to identify two scans that are “consistent with” symptoms COVID-19.

The scan made in the period from 16 to 18 November last year, shed new light on when the crisis of coronavirus was first struck Europe, while scientists continue the search for “patient zero”.

Analysis by the team of Dr. Schmitt almost 2500 x-ray images showed that the coronavirus was in France long before was January 24 of this year was registered the first case of infection, reports the Daily Mail.

And the information about the first case of infection in Wuhan (China) was first brought to the attention of the world health organization 31 Dec. And on January 13, the who confirmed the first case outside of China – in Thailand.

Pulmonologist and expert on global health at the University of Washington Dr. VIN Gupta, who analyzed studied by Schmitt and his colleagues x-rays, told NBC News: “This follows a pattern which we observed in coronavirus – especially early coronavirus infection, where you see some deviations in some parts of the lungs.”

The team of Dr. Schmitt also were able to identify 12 cases of coronavirus in December and 16 in January.

However, scientists say that while one should not draw far-reaching conclusions, but researchers now will study x-rays from October to determine how to spread the virus.

According to the researchers, the future can be controlled only by understanding the past: “Today, we clearly do not understand this outbreak “.

The results of the study were received a few weeks later, after the French doctor, Yves Cohen, head of intensive care in several hospitals in the Ile-de-France (Paris) found that 27 December was received tested positive for the coronavirus.

The team of Dr. Cohen, who has re-tested negative samples of coronavirus and influenza in 24 patients concluded that the virus was in France before it was officially reported. The doctors re-examined the negative tests in patients who were hospitalized with respiratory symptoms during December and January. And was discovered by a man who had the coronavirus, but Dr. Cohen said that the former patient was “surprised”, because they do not understand how he was infected.

According to Dr. Cohen, it is difficult to say whether this patient’s “patient zero” in France.

“He was amazed, he didn’t know how he was infected, says about this patient Eve Cohen. – He didn’t do any trips. The only contact he had was with his wife.”

Meanwhile, a few weeks ago, the state epidemiologist of Sweden Anders Tegnell announced that the country was probably the cases of coronavirus in November last year. Despite the fact that the first officially confirmed case of coronavirus in Sweden was a woman in Jönköping, which on January 31 was discovered a positive test result after a trip to China.

The NSA warned that hackers GRU continue to hack email

Microsoft has released a major update for Windows 10

The grandson of Sergei Korolev, praised the launch of the spacecraft Crew Dragon