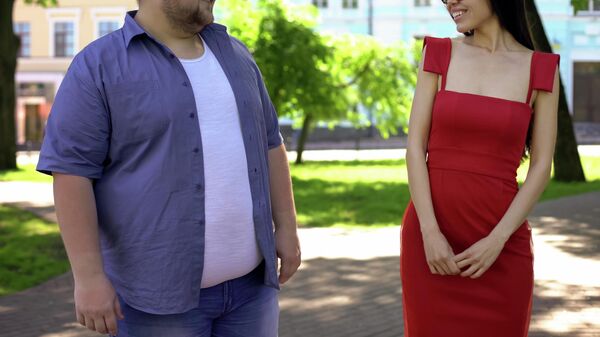 Alfia Enikeeva. In people with normal mass index in the body can accumulate an excess of white fat. Outwardly they don’t look full, however the waist size higher than normal. Scientists call this latent obesity. Than it is dangerous — in the material RIA Novosti.

Slim does not mean healthy

The body mass index (BMI) is one of the main settings of human health, showing how the weight corresponds to the growth. The greater the number, the greater the risk of diseases associated with excess weight. Using this figure to determine the amount of adipose tissue in the body, the norm is a BMI within 18,5-25 points. If more than this is unnecessary weight, and less risk of anorexia.

The calculations do not take into account the gender and age of the person, which, according to some works, you can adjust the indicator in one direction or another. So, in men it is above and older below. But even with these reservations, the experts were able to establish a correlation between normal body mass index, life expectancy and health status.

In 2019, the American scientists have named the BMI is an unreliable measure and has proposed to redefine the very notion of obesity. For two decades, watched by more than 150 thousand women aged 50 to 79 years and noticed that many of the participants of the study with normal body mass index fell into the category of healthy, although the amount of fat in their body said otherwise. In addition, these women often noted the problems with metabolism, diabetes, bowel cancer and other so-called diseases of excess weight.

The largest reserves of white adipose tissue in lean with a mean of participants was concentrated in the abdomen (waist circumference over 89 cm) and chest and other parts of her body were not observed. The mortality rate among owners of such figures, in spite of normal BMI values, were 30 percent higher than in the control group more healthy contemporaries. And the chances of cancer, to postpone the heart attack and stroke increased by 20-25 percent.

But subjects with high body mass index, but without accumulation of adipose tissue in the Central parts of the body, on the contrary, dying less (the difference in the statistics, ten percent), internal organs have worked better, not so often encountered malignant tumors.

According to scientists from the University of Florida (USA), hidden obesity — it is dubbed the phenomenon experts — is typical for every fifth adult American over the age of 20 with normal BMI. About a third of the slender men after forty-five are in prediabetics state, which for several years may develop into type II diabetes and other health problems.

Such latent fat (skinny fat) from 25 to 35 percent of the weight falls on fat tissues and may develop metabolic syndrome with abrupt changes in blood pressure, high blood sugar and abnormal amounts of cholesterol in the body.

According to the authors, all because of a sedentary lifestyle and sedentary work. Of the thousands of volunteers of normal weight (BMI from 18.5 to 24.9), which was observed by the experts, the signs of latent obesity found those who are practically engaged in sports. As a rule, the content of glucose in the blood have been at the level of 5.7 or above that is considered prediabetic.

The staff of the University of Utah suggest that the slender was at risk because of the characteristics of the organism. With overeating produced an excess of fatty acids, stored as triglycerides or used for energy. However, some of these acids are converted into ceramides — lipid molecules. Accumulating in the tissues, they can affect the body’s response to insulin and slow down the process of burning calories.

The researchers added ceramides in human and mouse fat cells and they become immune to insulin. When scientists have removed the rodents the gene that converts saturated fat into ceramides, the result was the opposite: the cells more responsive to insulin. It is likely that people can also be mutations leading to the accumulation of ceramides and, as a consequence, the development of obesity and diabetes of the second type.

As found by an international team of researchers, “slim fat” — also at risk for development of Alzheimer’s disease in old age. Obesity, albeit hidden, negative impact on health and cognitive functions. When it is joined by the loss of muscle mass, a process typical of natural aging, negative effects on the brain increases manifold.

The researchers analyzed data from 353 patients, whose average age was 69 years. Also volunteers were asked to take tests that evaluate your mental condition and mental ability. In the end, the worst results were those with a normal weight, but with a high proportion of fat in the body. They were even worse than the participants with a common obesity.

The authors noted that the most suffered memory, reaction speed and ability relating to conflict resolution and selective attention.

Russian-Vietnamese expedition moved to the end of the year

“Patient zero” with the coronavirus appeared in Europe in November