Says a blogger, under the name Nefer, who calls himself the mad traveler: “to Live in an old Japanese house is an unforgettable experience. All according to the traditions: genkan, wasicu, fusuma, Shoji, tatami, zabuton, futon, oshiire. There is even kamidana. With semenovoj and side, as expected. Photographed everything, made a little video. Call for tour”. 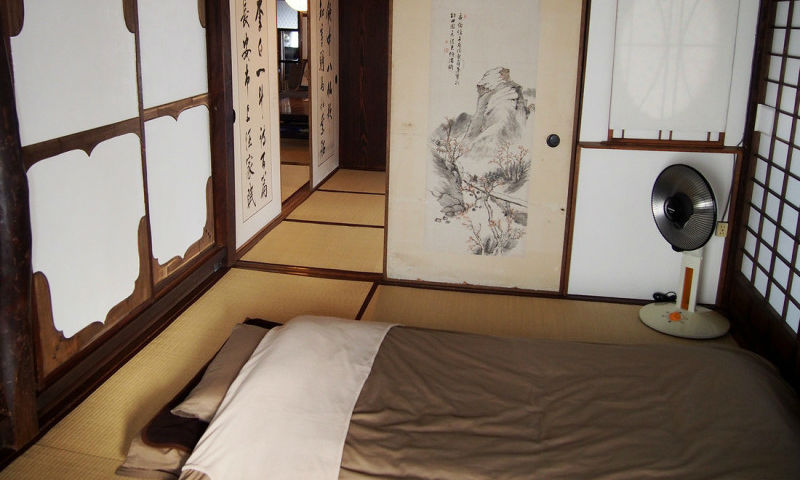 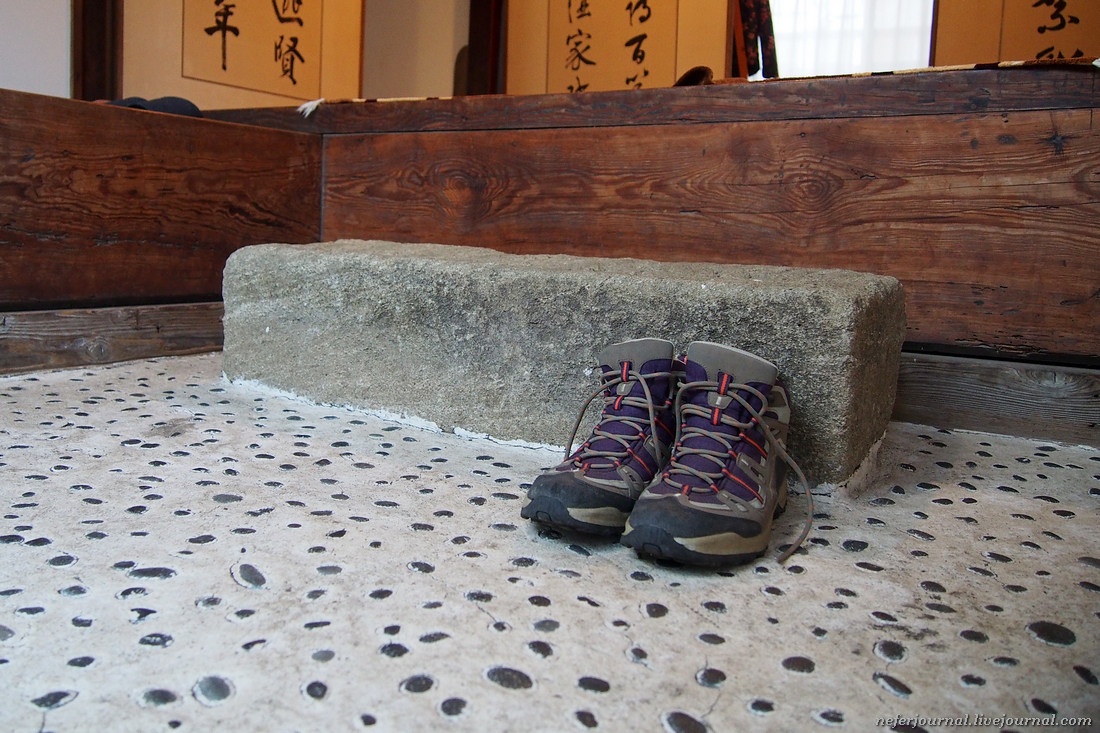 Genkan Japanese hall. In this area you must remove your shoes. It’s required to expand the shoes toward the door. Step on the dais you need to have bare feet. 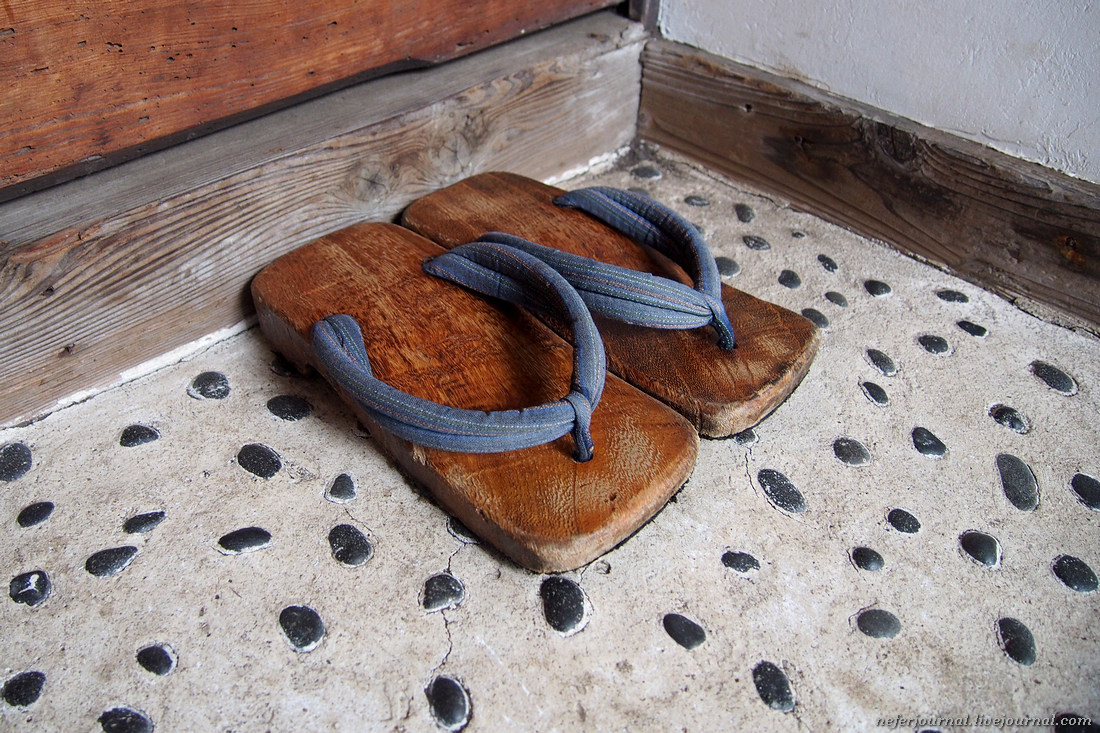 Traditional men’s shoes, this is perhaps a variant of geta. 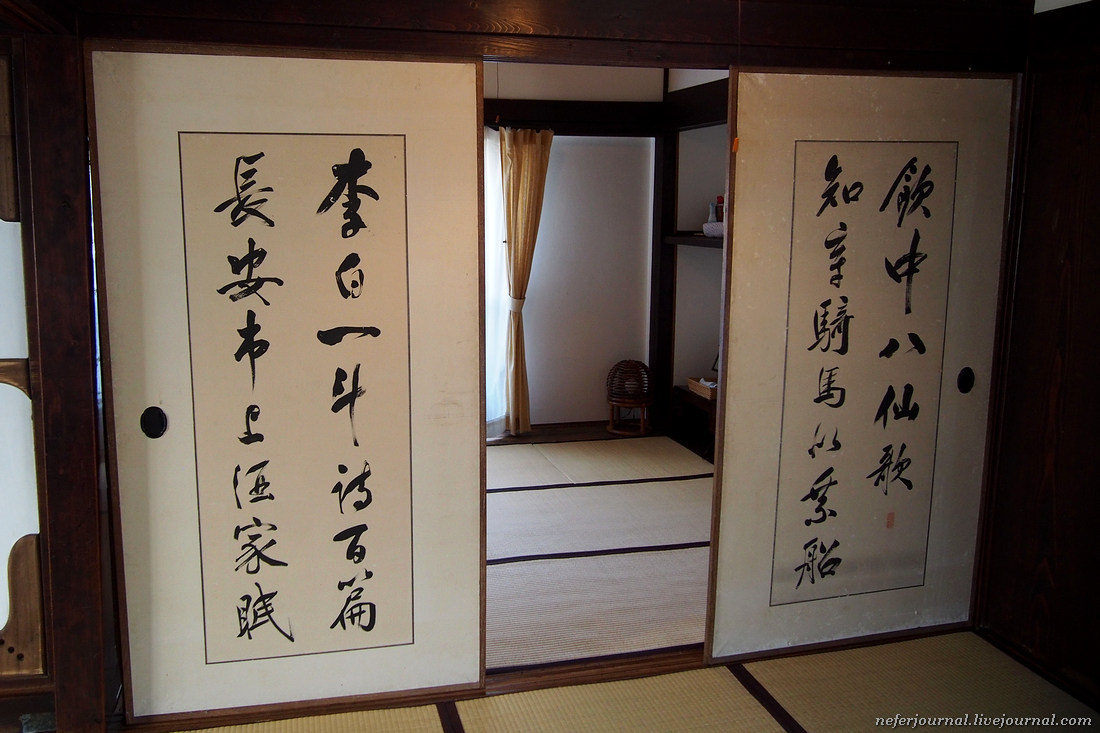 Room in a traditional Japanese style called washitsu. The space is divided by internal walls of sliding fusuma. Frame and grates are made of wood, the outer side is glued with opaque rice paper. Partition separating the dwelling from the veranda are called shoji. They use rice paper transmits light. 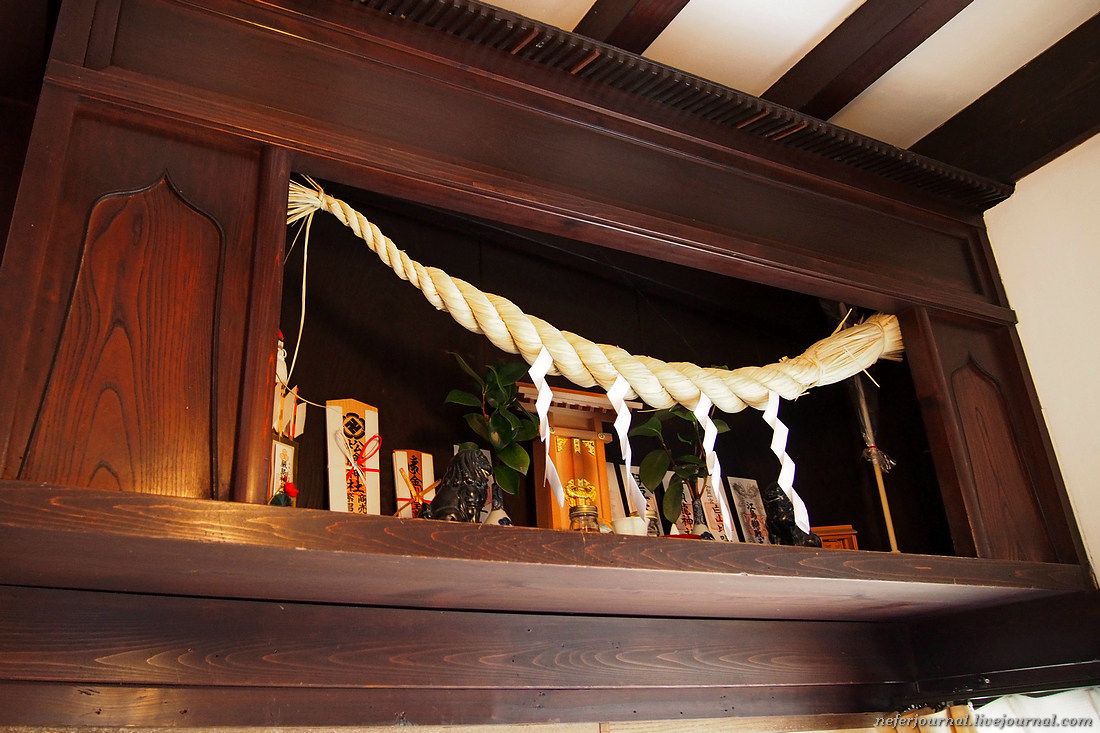 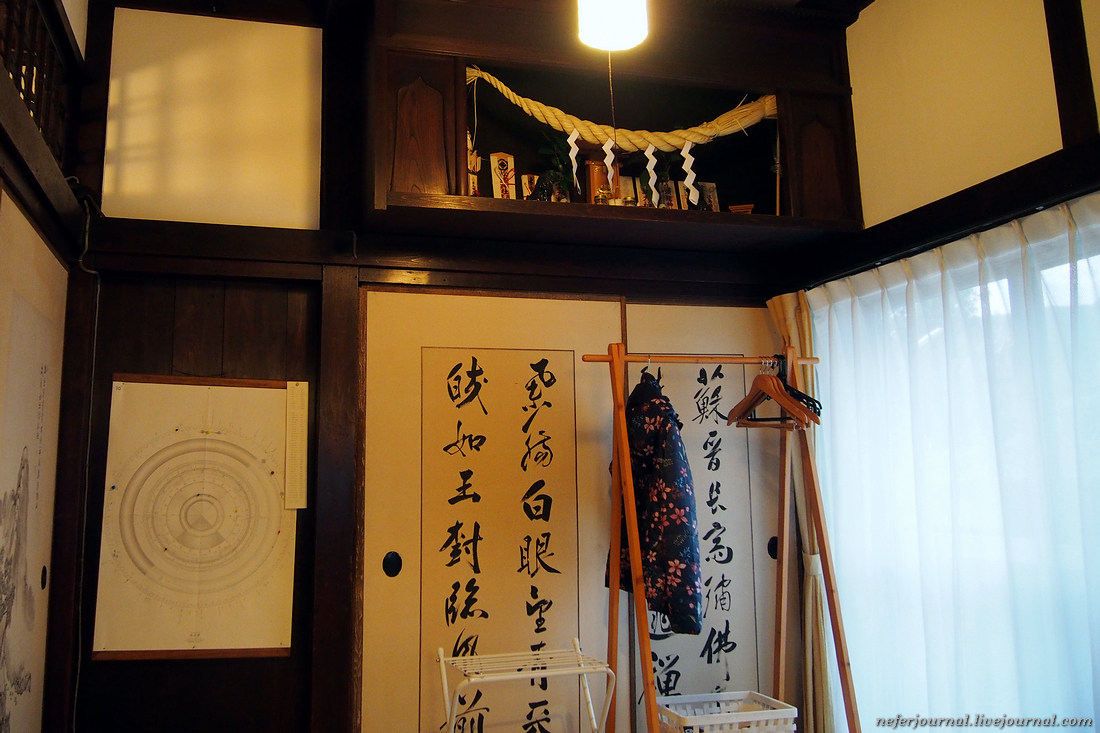 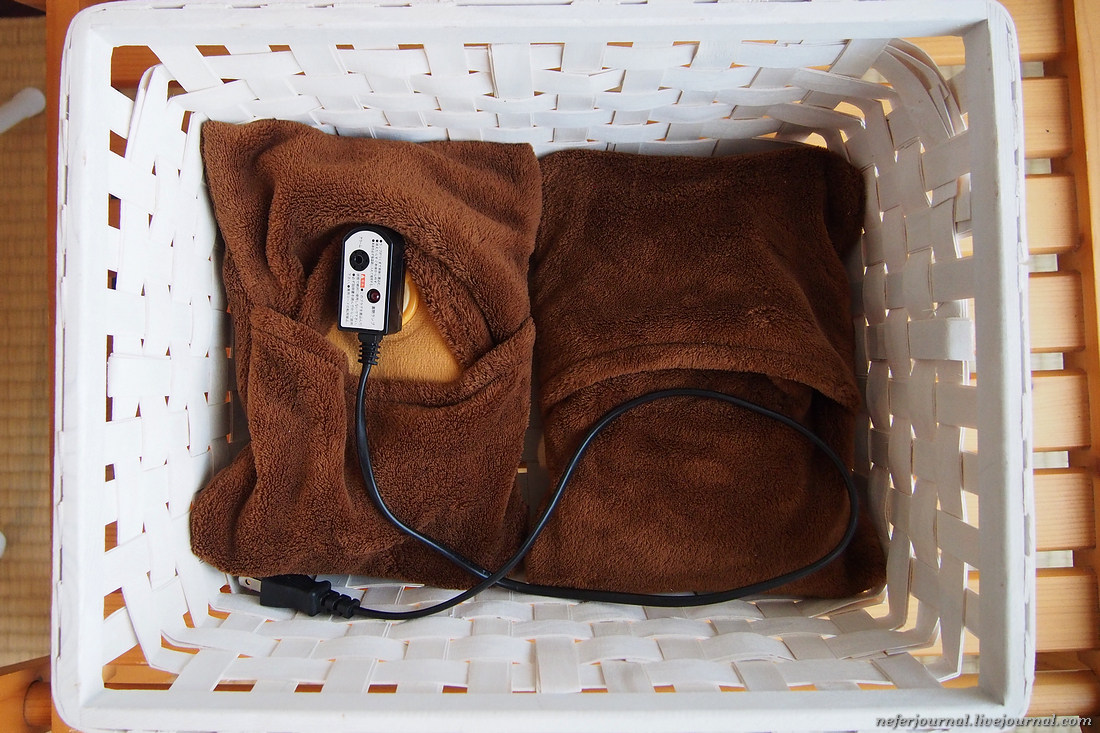 Central heating no. You can turn on the air conditioner if it is in the house, or outdoor heater. Judging by the smell, catalytic heater gas, so it is better not to use it.

To heat the house with expensive air conditioning, so solve the problem locally. The understanding of the charm of the Japanese bath ofuro. It is small in size, the legs will not extend, but the water cools long and deep, only the head outside. The owner thoughtfully left warmer. Also widespread electroposting. There’s a special device — a kotatsu. 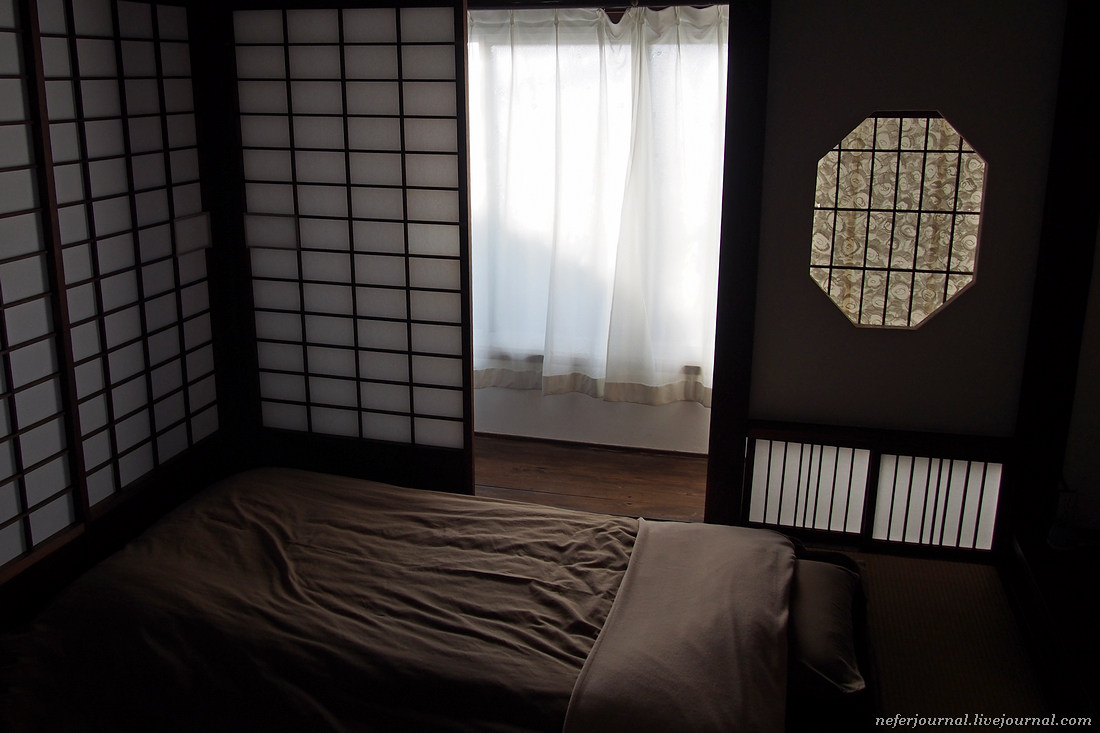 A futon — a thick soft mattress lay at night to sleep. Morning removed in the closet. The closet called oshiire. 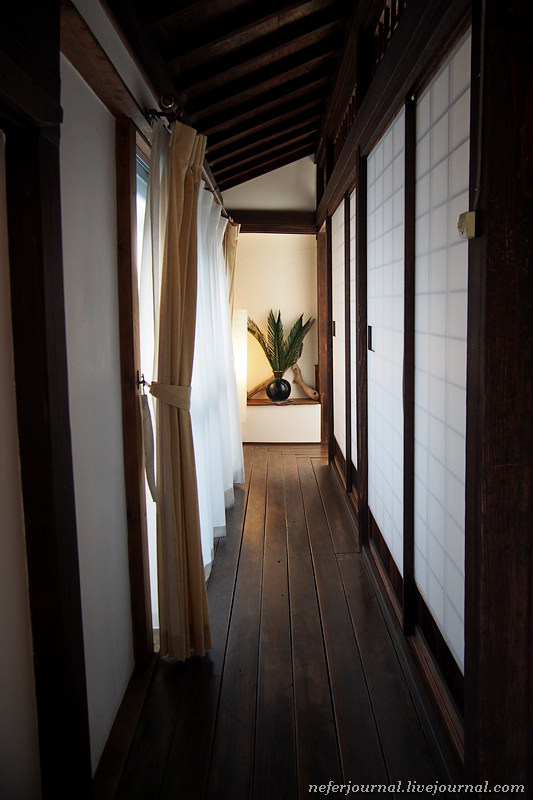 A corridor along the perimeter of the house in the warm season combined with the garden. The walls just moved, at the same time becoming cooler. In this case, the traditional Shoji replaced with modern glazing. 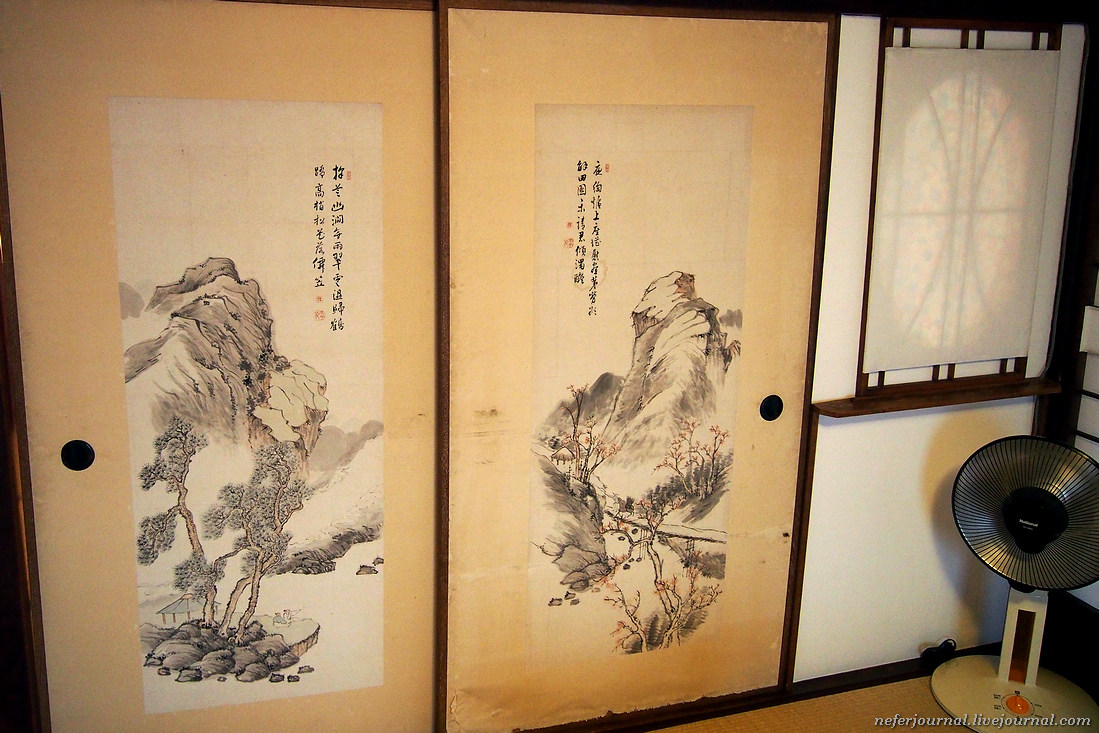 Doors are usually decorated with paintings. Please note, the image is displaced towards the bottom, because is designed for a seated person. In a Japanese house do not to stand, moved from place to place and sat back on his knees. Posture called seiza, literally “correct sitting”. 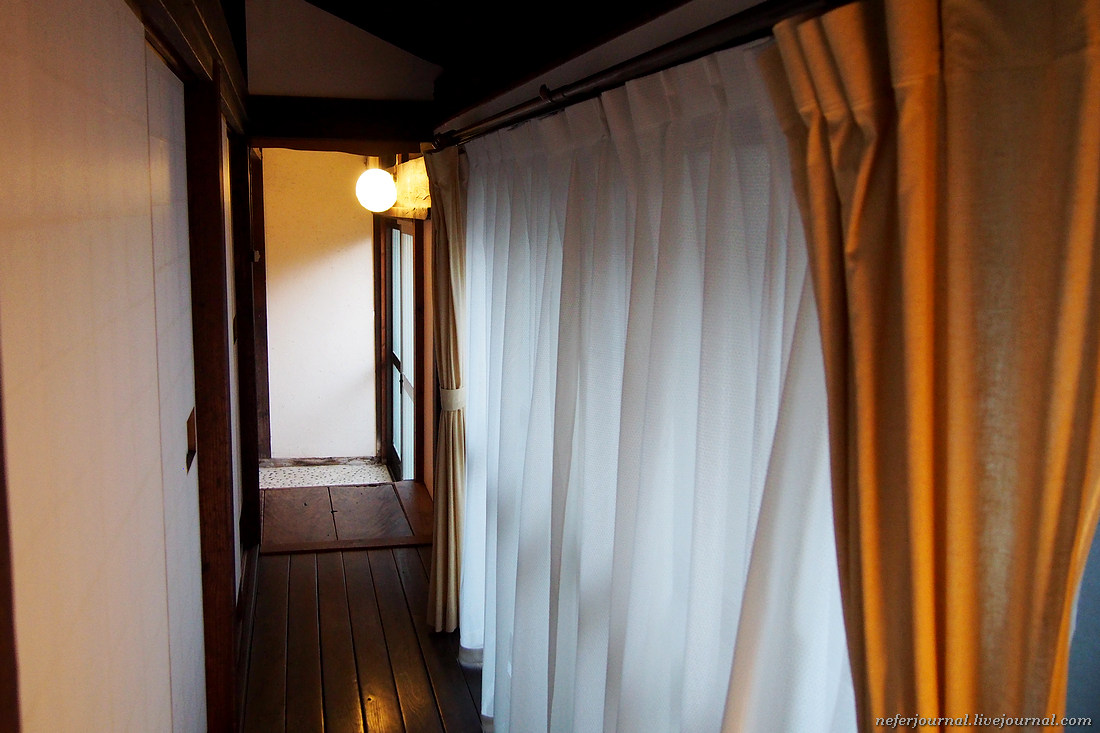 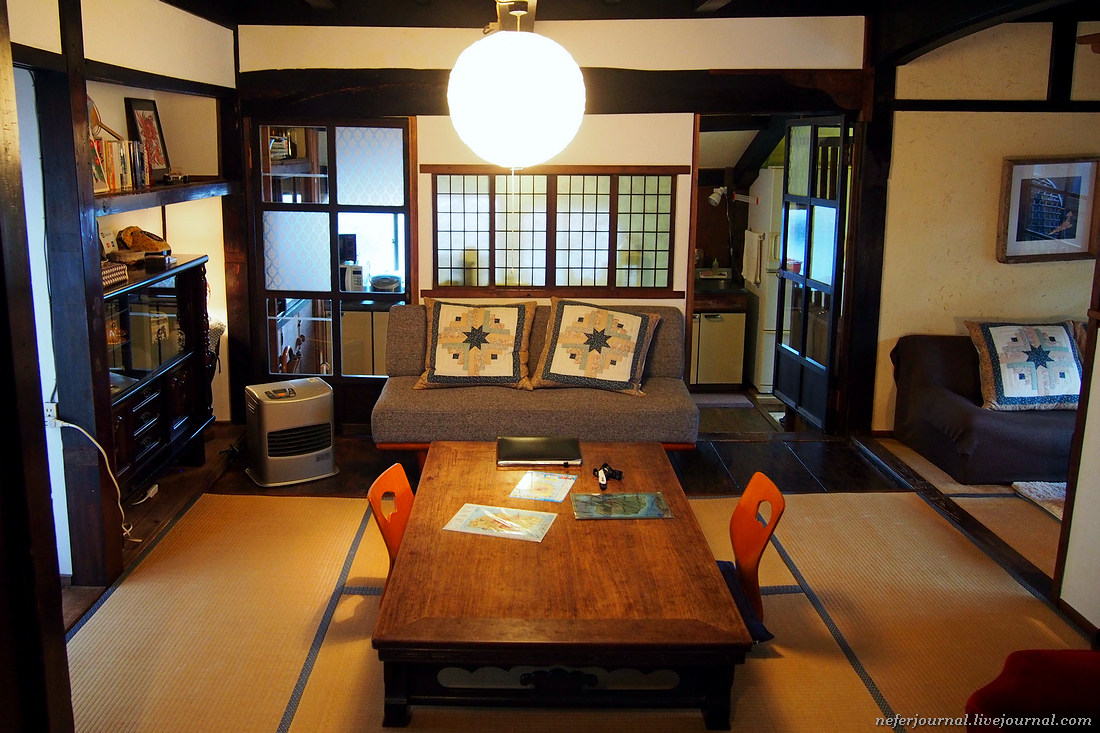 The living room adjoins the European and Japanese sofa table on low legs. Flat cushion called zabuton. They are used for sitting on the floor or on chairs. Although the Japanese chairs is actually a seat with a back. 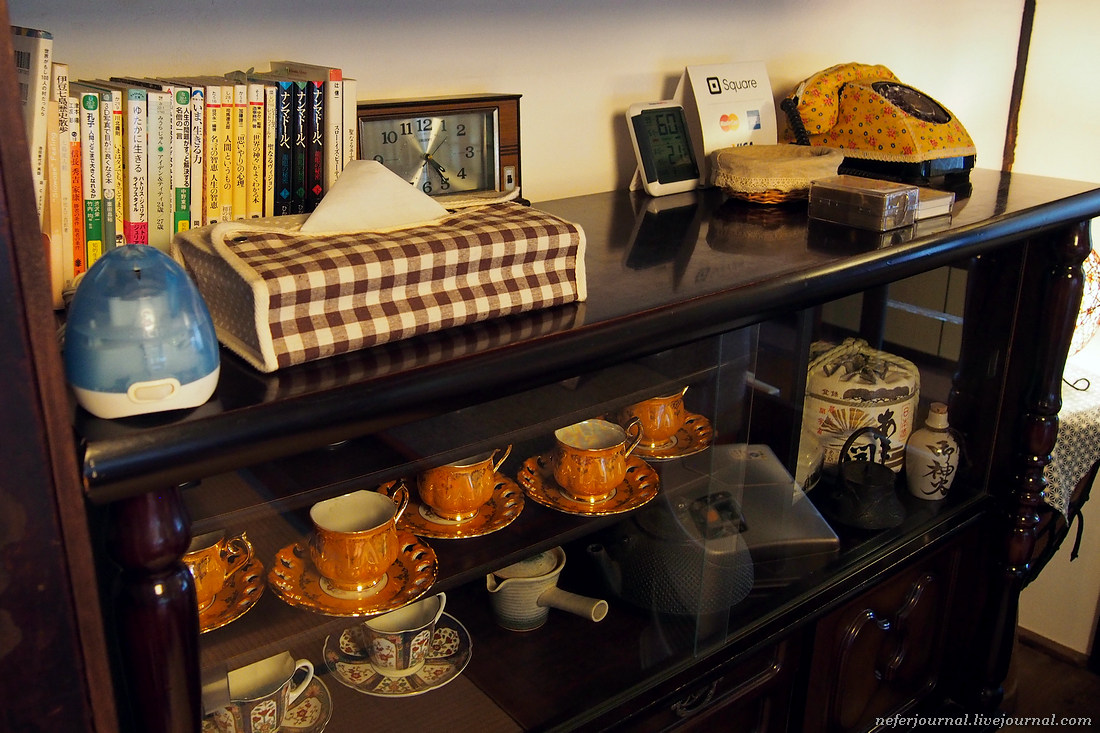 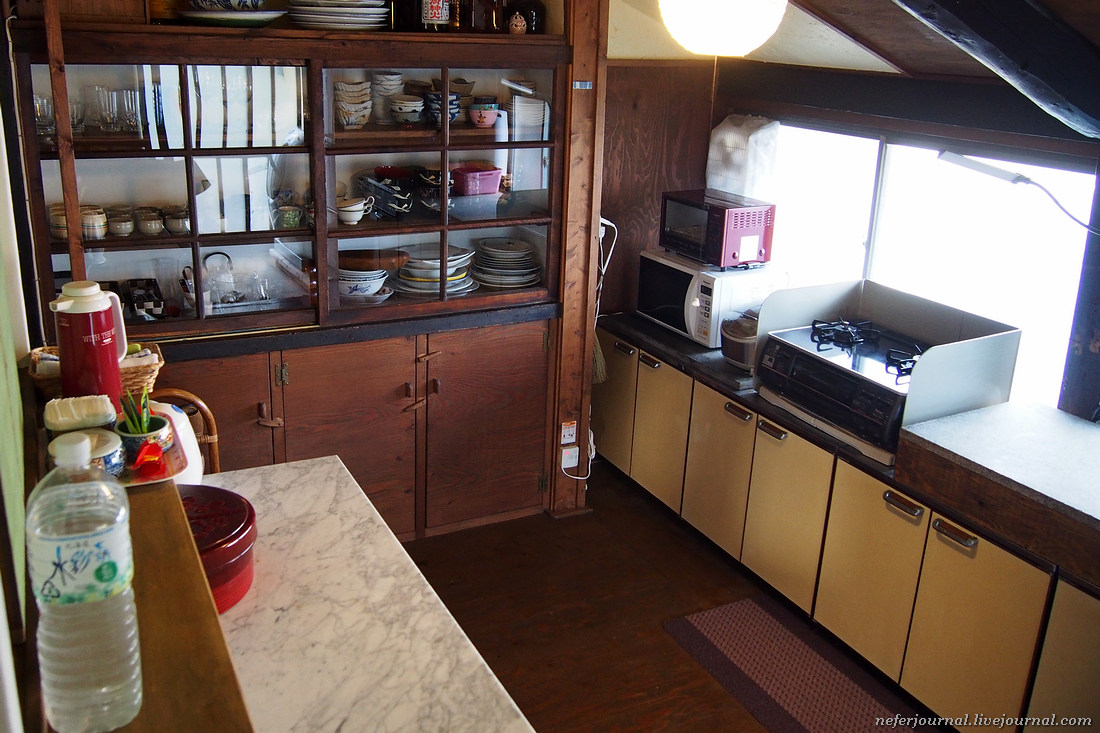 The kitchen is located outside the home, it’s more the terrace. There is a rice cooker, a microwave, something like a grill, a hob and a fridge. A lot of dishes. 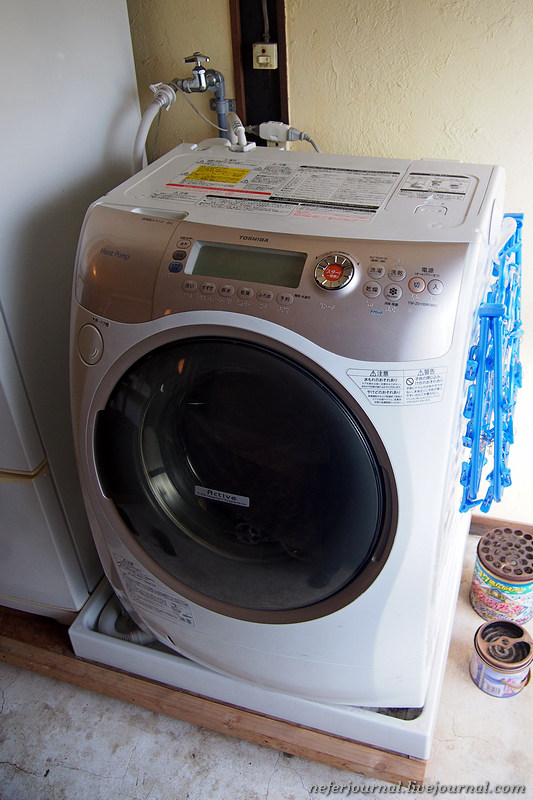 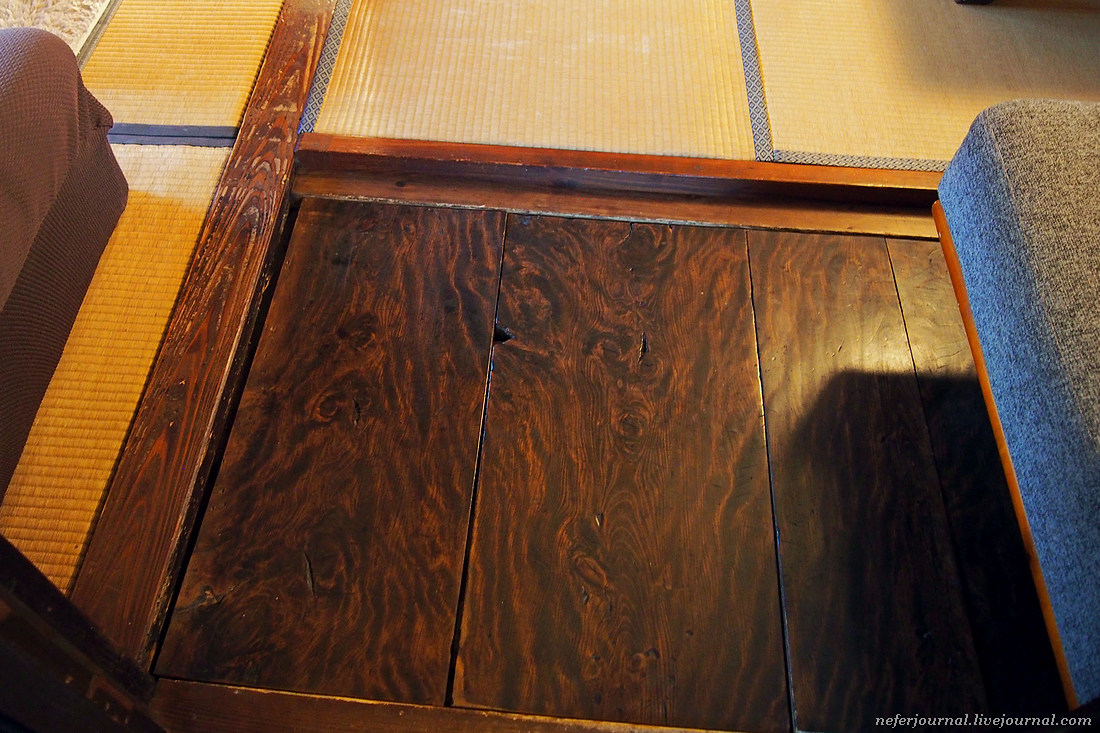 As the main space of the house is situated on a hill, you can arrange kladovochku. The cellar-just like us. 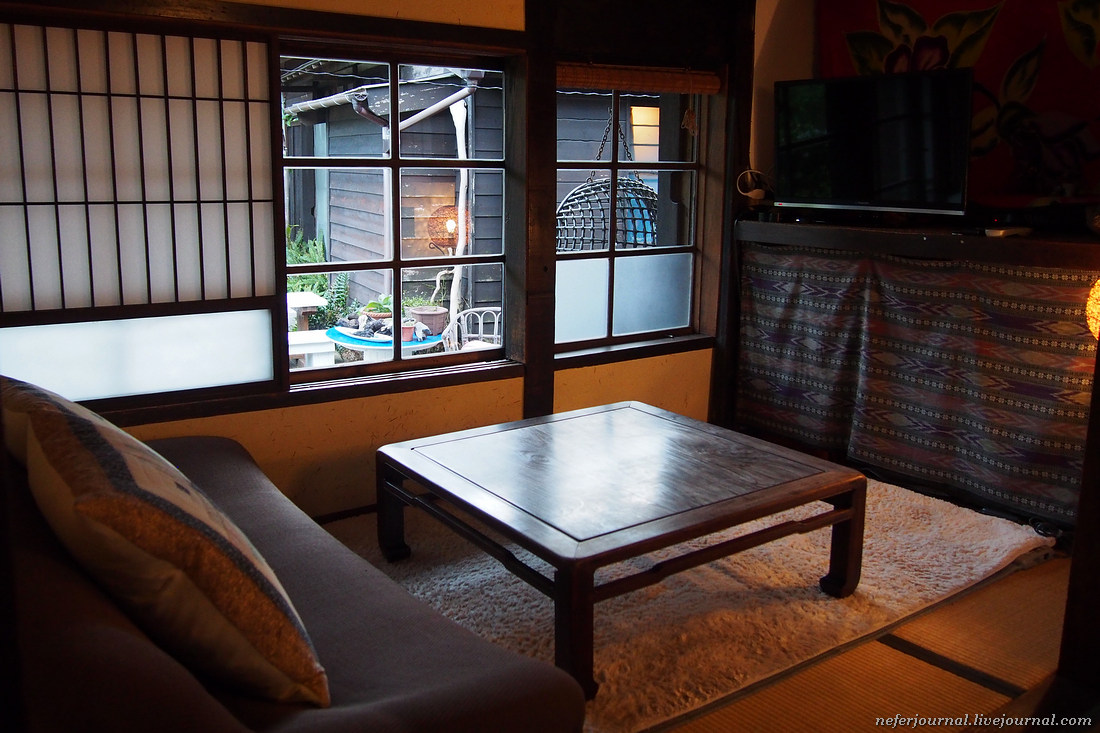 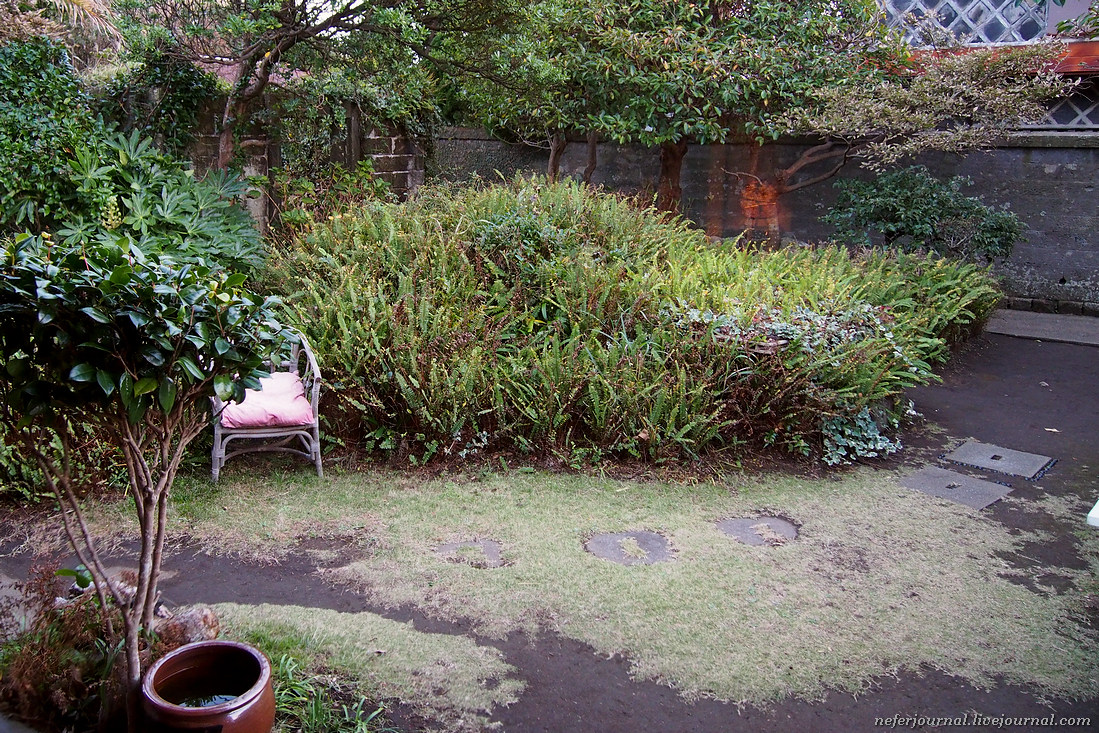 From the window overlooking the garden. 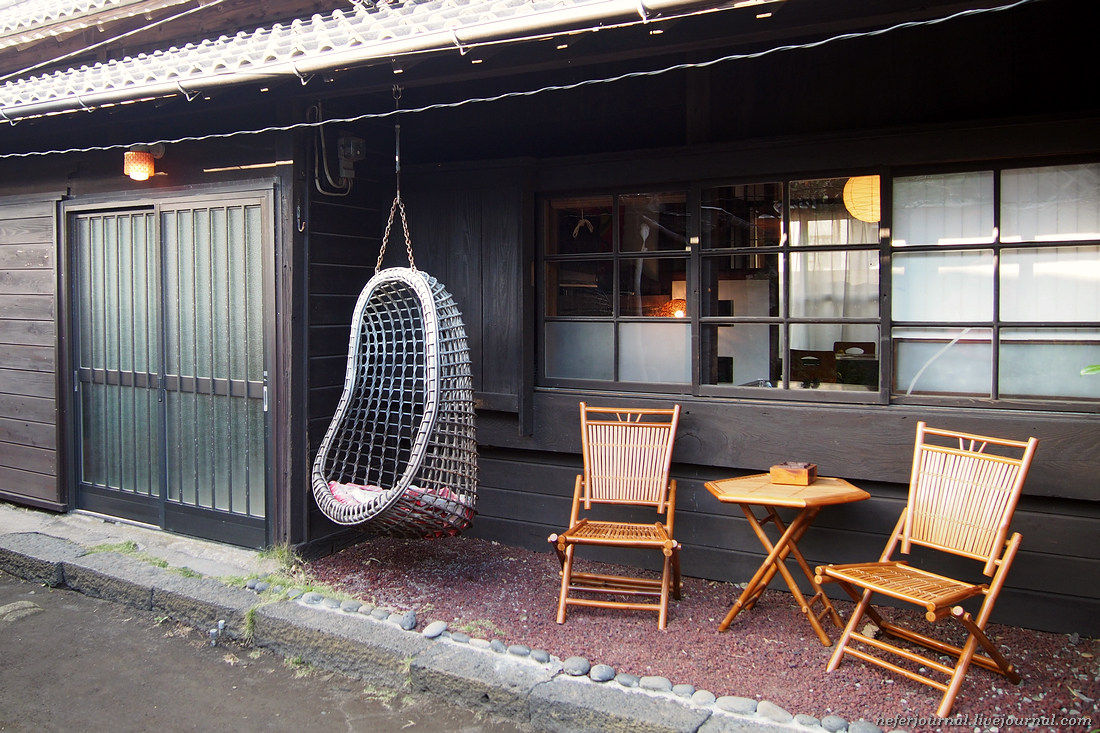 It Voneten Guest House on the island of Izu-Oshima, located in the town Abominate in a village. The house is booked on the “Booking”. The owner is outgoing and welcoming. Met at the bus stop, drove to the supermarket, launched his drone, took off video on memory. It was very cool. The port the Hub is quiet, the best impression. 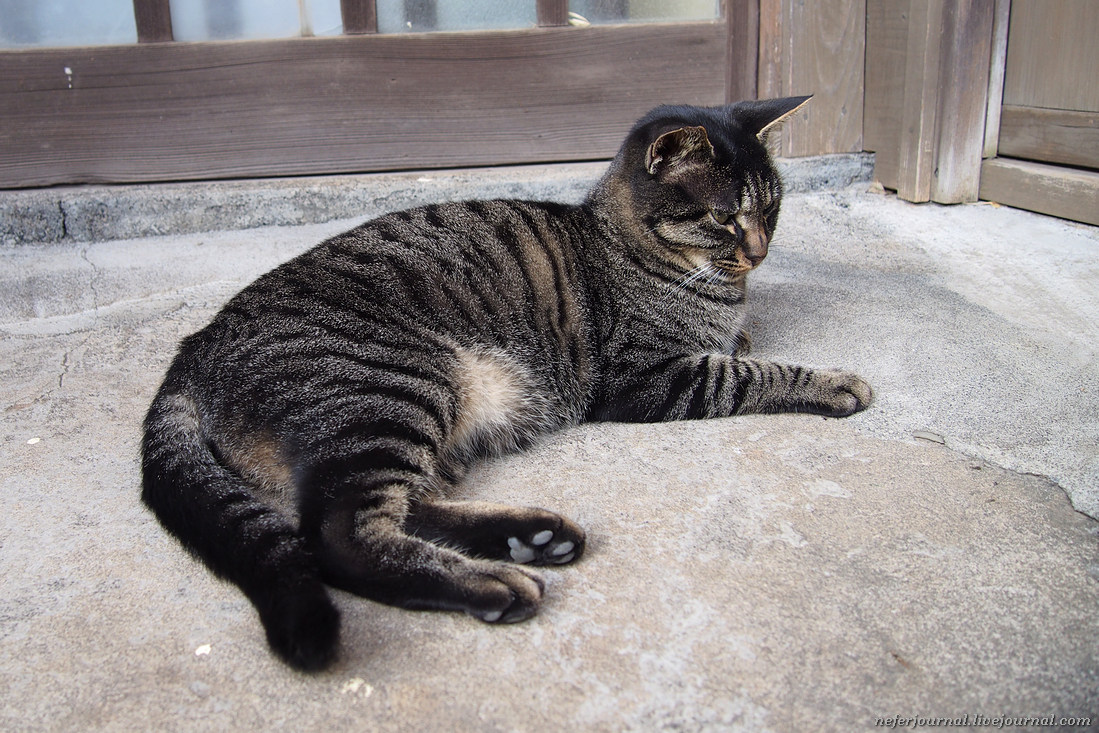 Japanese cat, Anko. Reared in the house not go. Even if the door is open, sit outside.

In conclusion, a video tour of the house.