On the frozen morning of February 12, 1908, a quarter of a million people poured into the streets of new York to see the start of a Grand rally. The end point of the race, which began in times square, was assigned to Paris!

Six crews of American, German, Italian and three French, had to cross the North American continent through the Bering Strait to enter Russia (it was assumed that the water is tightly bound with ice) and then through Siberia and Eastern Europe to reach the French capital. 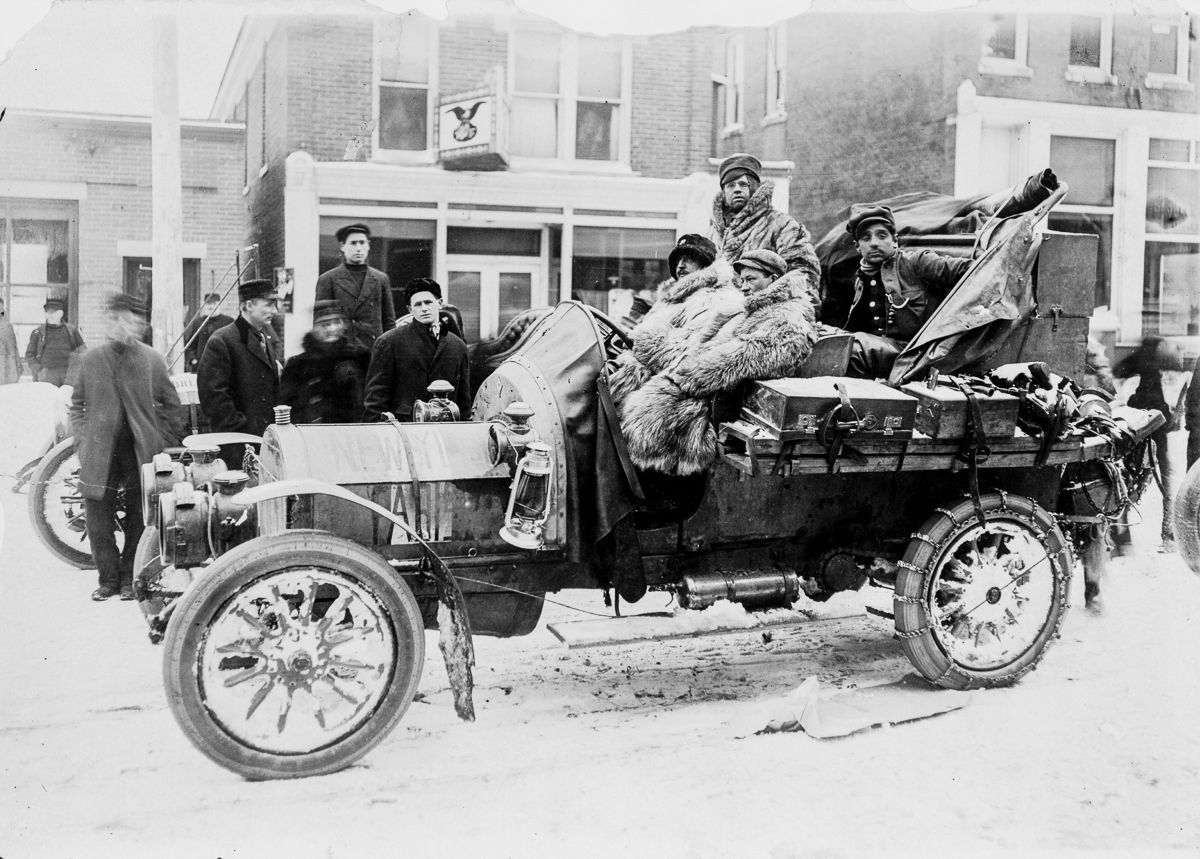 On this adventure decided a notorious daredevil, whose antics often wrote newspaper. Among them were people of different classes — from the simple mechanics of the Buffalo to the representative of a noble German family. The head of the new York club announced that the crew which first arrives in Paris, will receive one thousand dollars. But none of the money was attracted by brave men in a dangerous way, but the thirst for immortal glory. 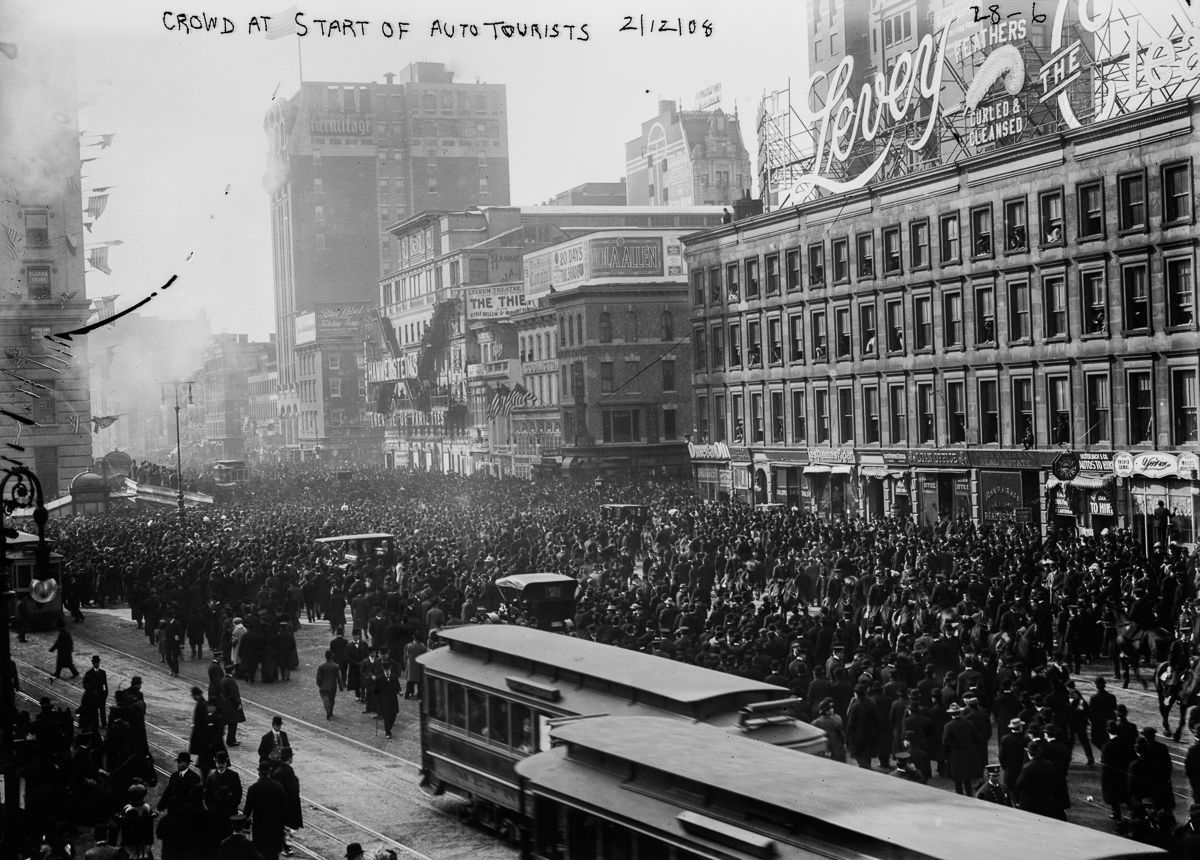 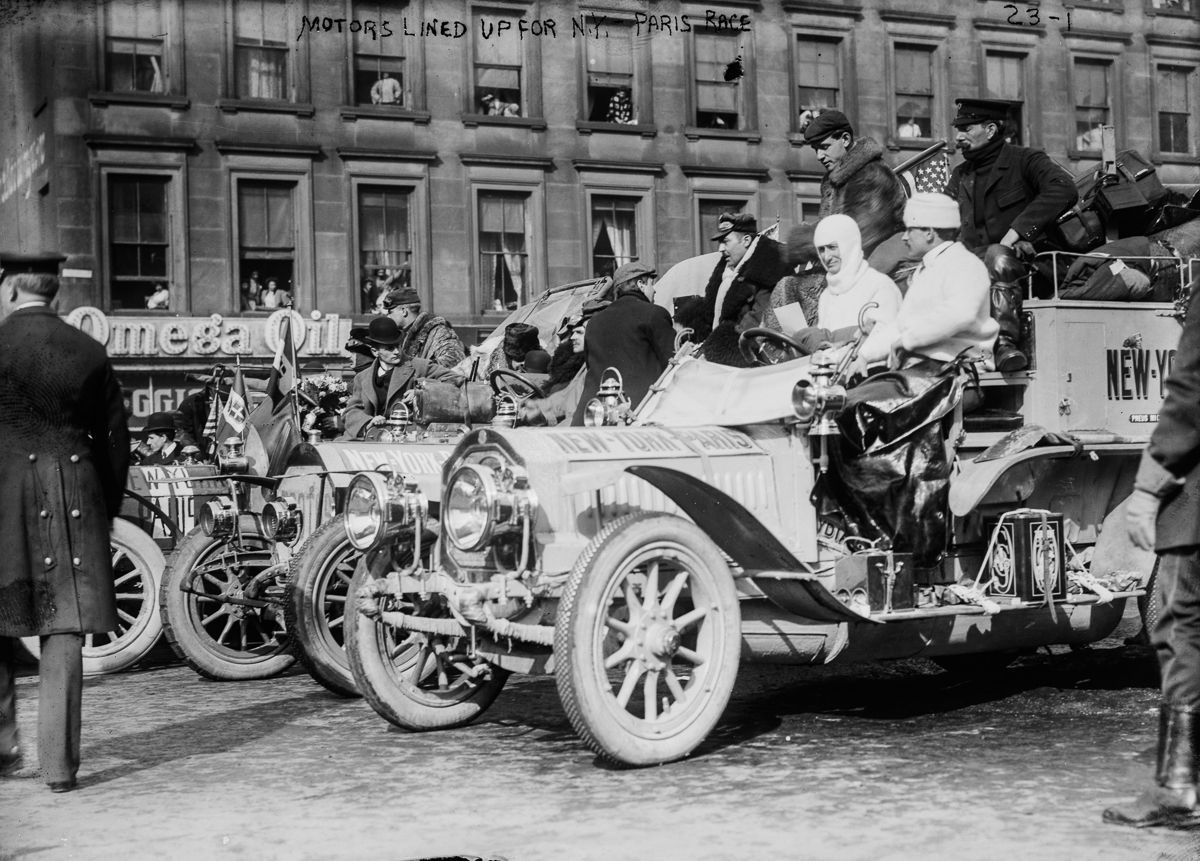 Major General George McClellan was to start the race with a pistol shot at exactly 11 o’clock. He, however, lingered, and then someone, without waiting for the authorities, fired in the air. The car took off. Or rather, not lost it, and just go. The most powerful of them — the American “Thomas Flyer” — under the hood was 72 horsepower and a heavy 9-liter engine. The rest was not and 40 “horses”. 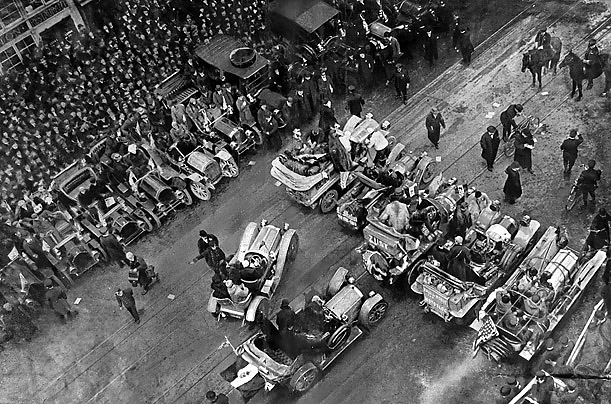 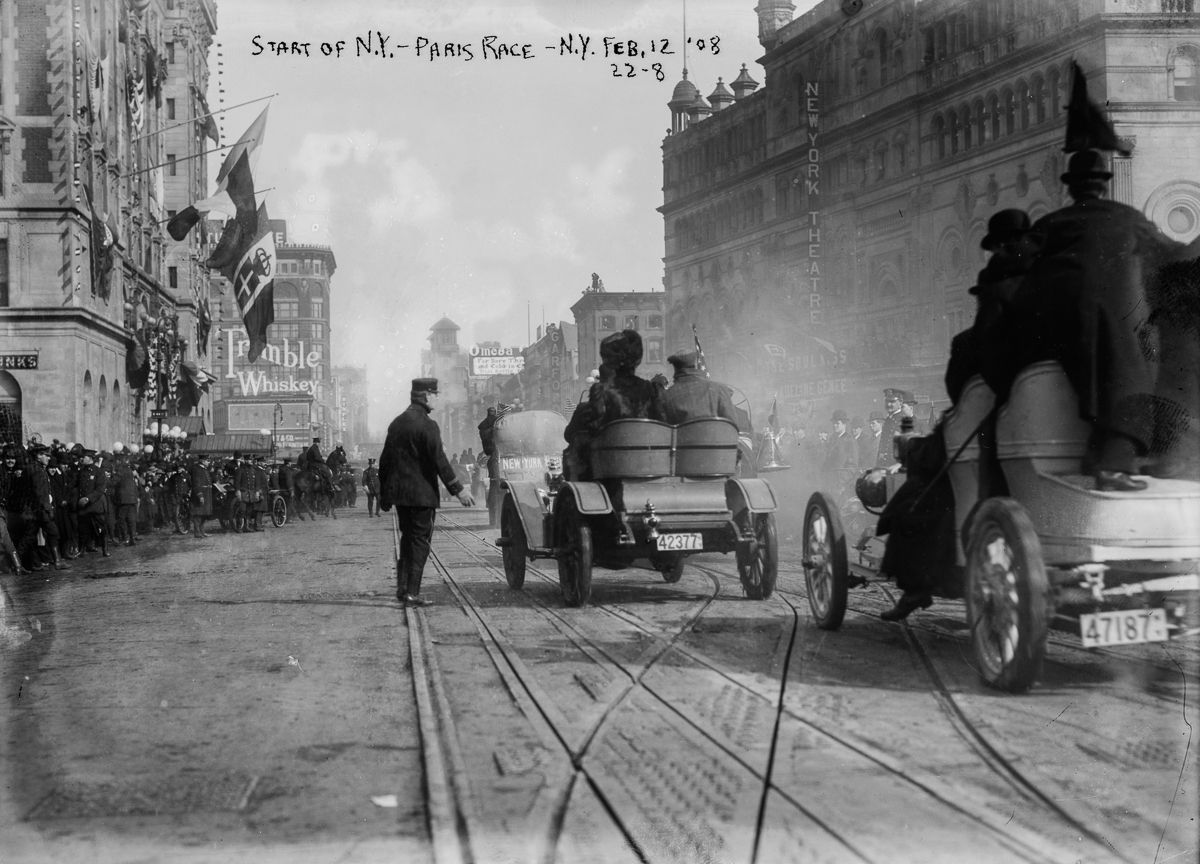 Cost cortege to leave new York as the road in the usual sense of the word ended. Loaded with spare parts, fuel and provisions machines to Wade through the snow in an hour on a teaspoon, and then stopping for repair. French “Sizer-Nordehn” withdrew, not having driven 200 kilometers. To replace a broken rear axle in field conditions was not possible. 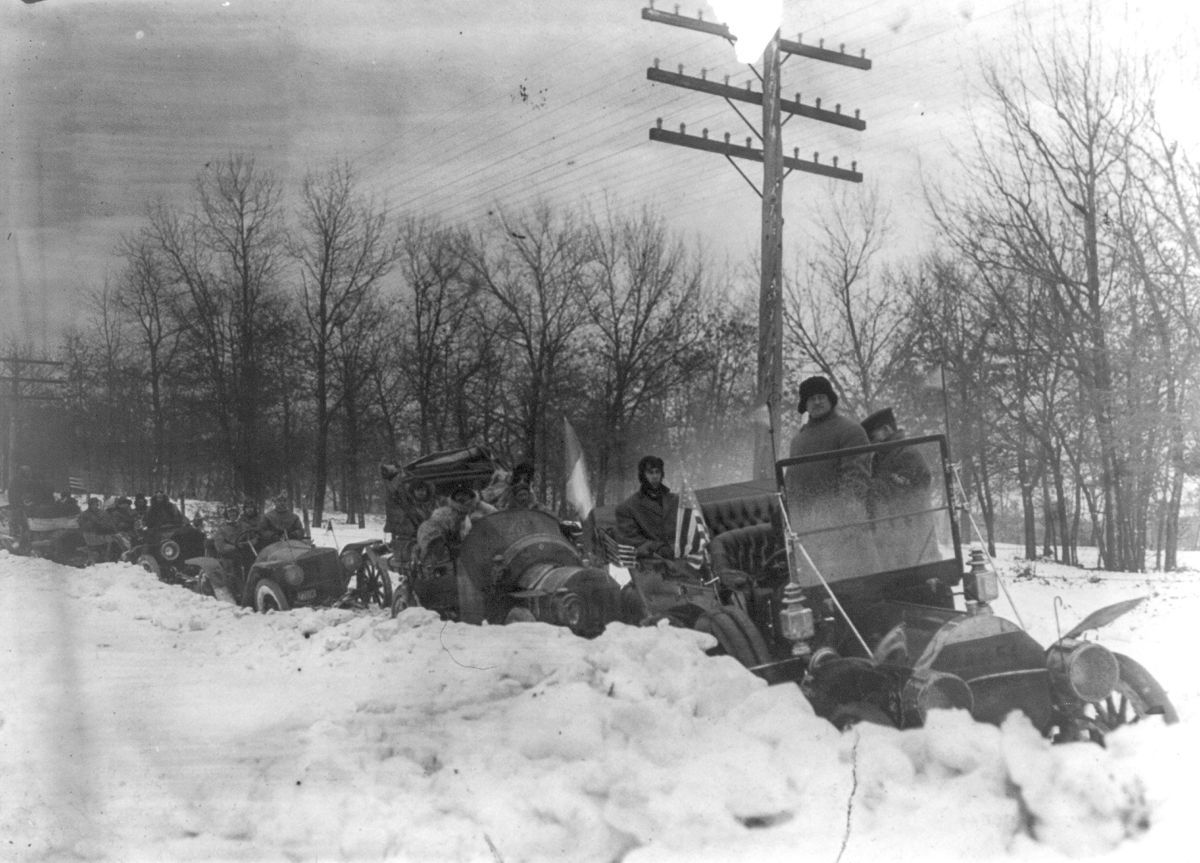 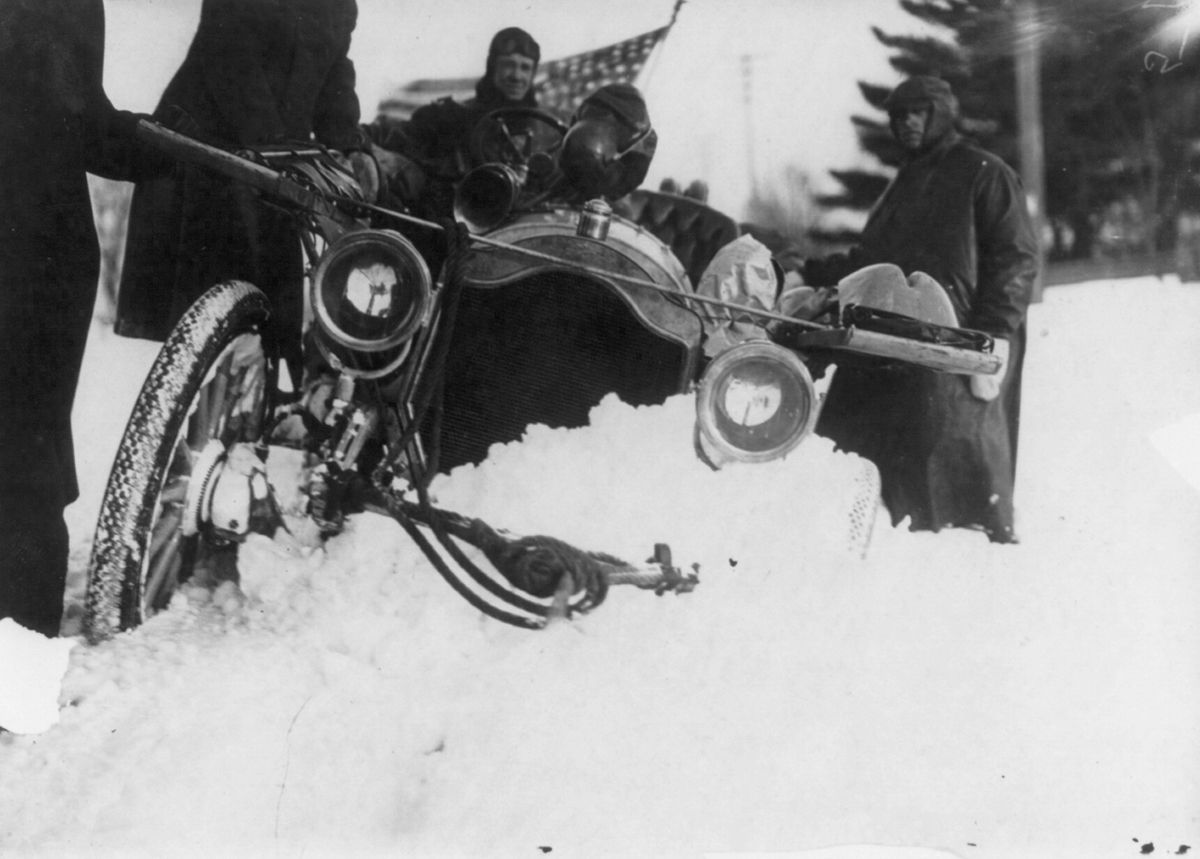 To Albany by the end of the second day of racing got only three cars. The organizers were forced to temper his zeal. What kind of Alaska and Chukotka may be a question if the crews are not able 48 hours to leave the state? The whole idea of “From new York to Paris without the aid of the ship” it was decided to refuse.

After much wrangling agreed on the fact that cars will continue their way to the Pacific ocean, and on March 5, loaded on a train in the nearest town, get there by rail to Seattle, and thence by steamer to Vladivostok. This message to the participants of the rally, presumably, accepted with enthusiasm. 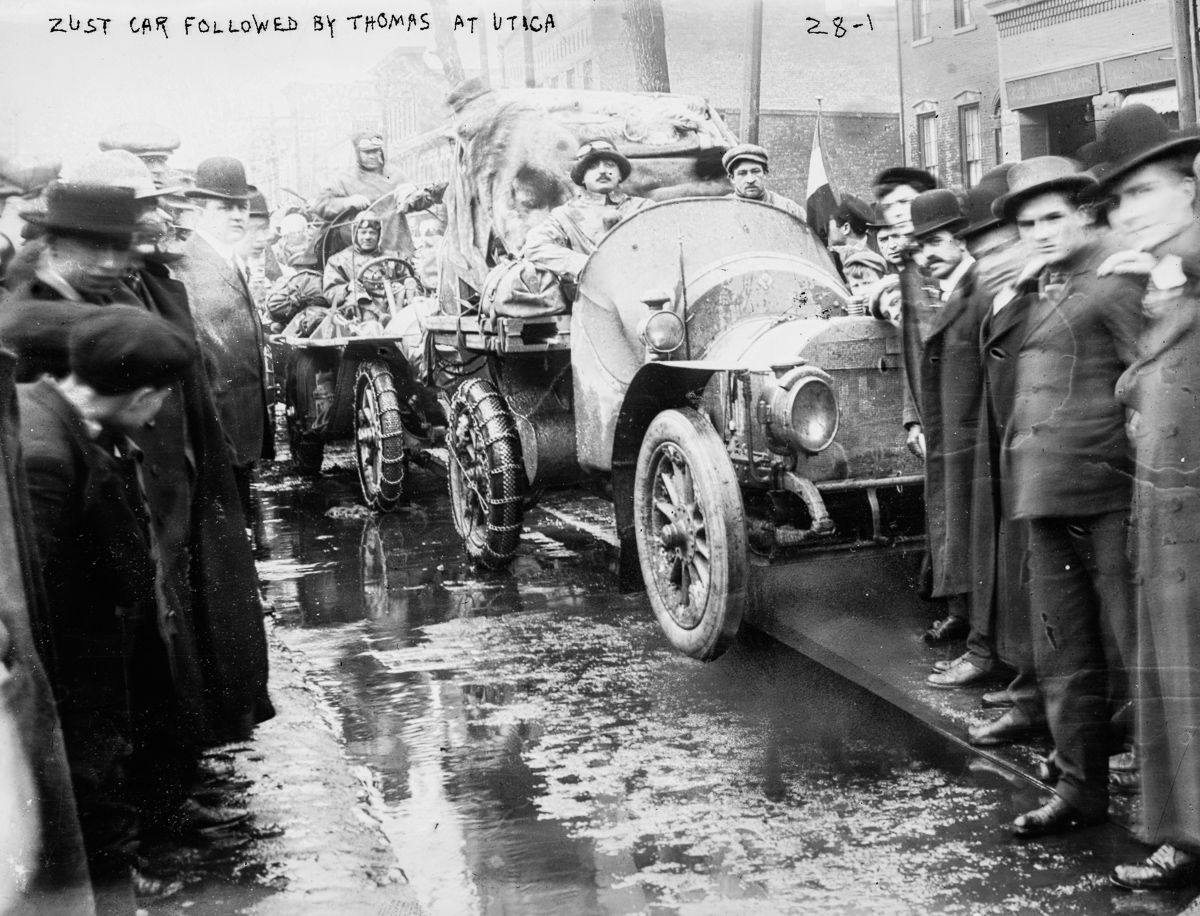 Leadership immediately captured the Americans. As it turned out, “Thomas Flyer” was not only the most powerful but also the most reliable. While competitors lost time, repairing one piece at a time, George Schuster and Montague Roberts moved forward. In the U.S., they have not faced any serious damage. 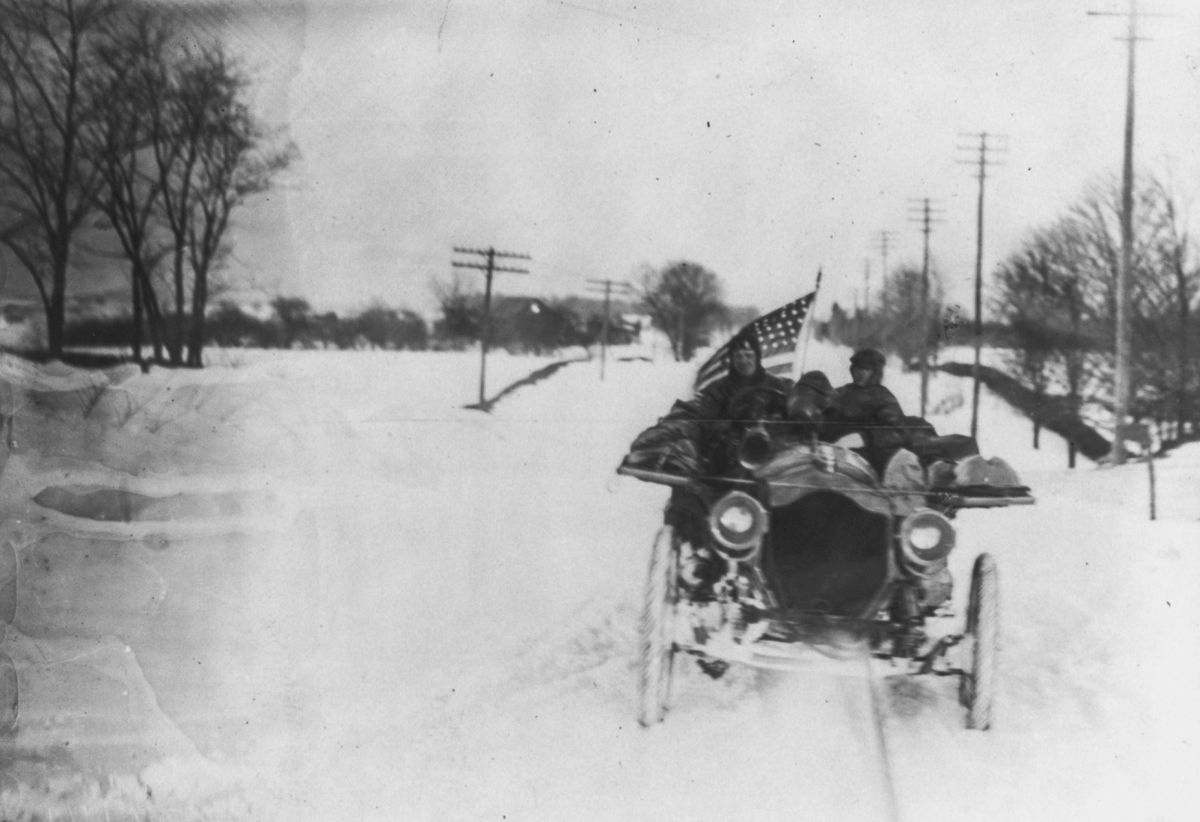 Besides, the locals are always willing to come to compatriots for help, when a “Thomas Flyer” with flying the stars and stripes once again hit the snow. Foreigners for the most part, had to cope with the thaw on their own. 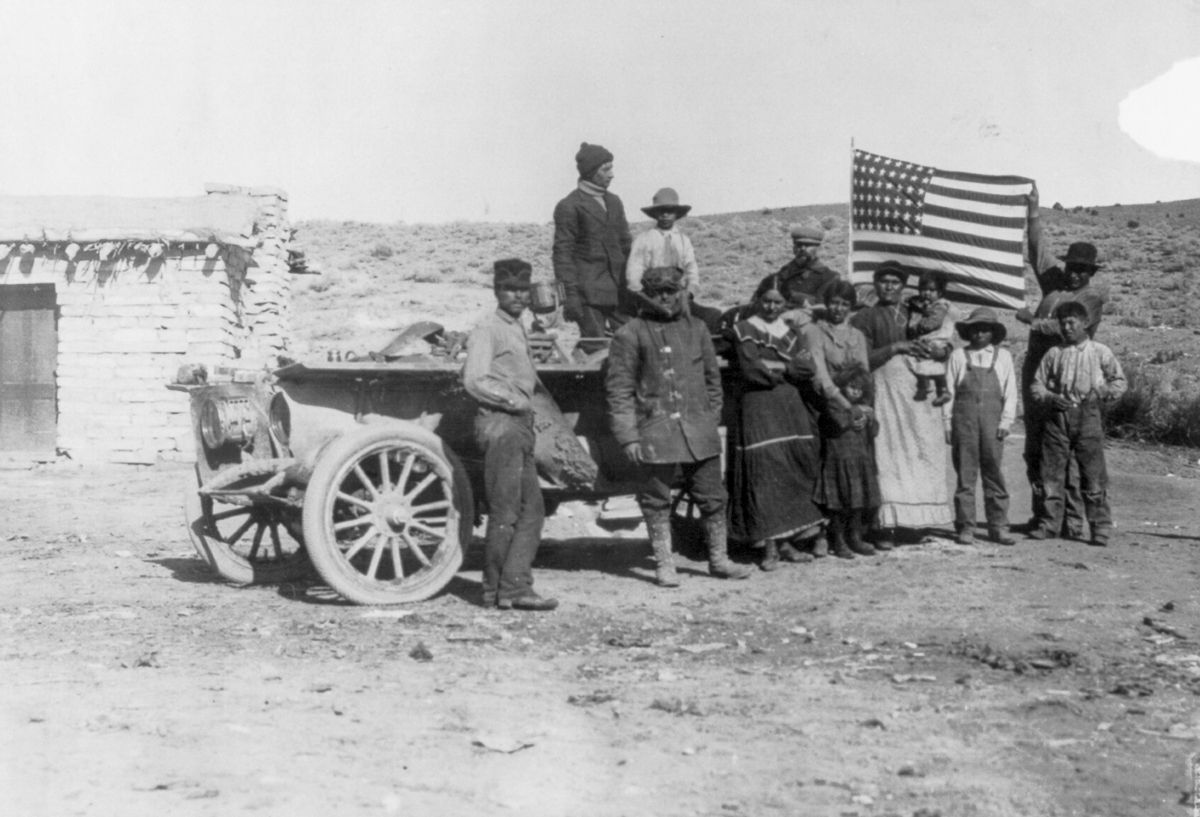 It’s even more difficult for the Germans to 34-strong “Protos”. At the entrance to Illinois they broke the last spare. The coachman manufactured a new wheel for the day, but this delay proved fatal. Threw this snow that the crew had no choice but to go by rail. Move on it it was possible only at night, until I went on the train. 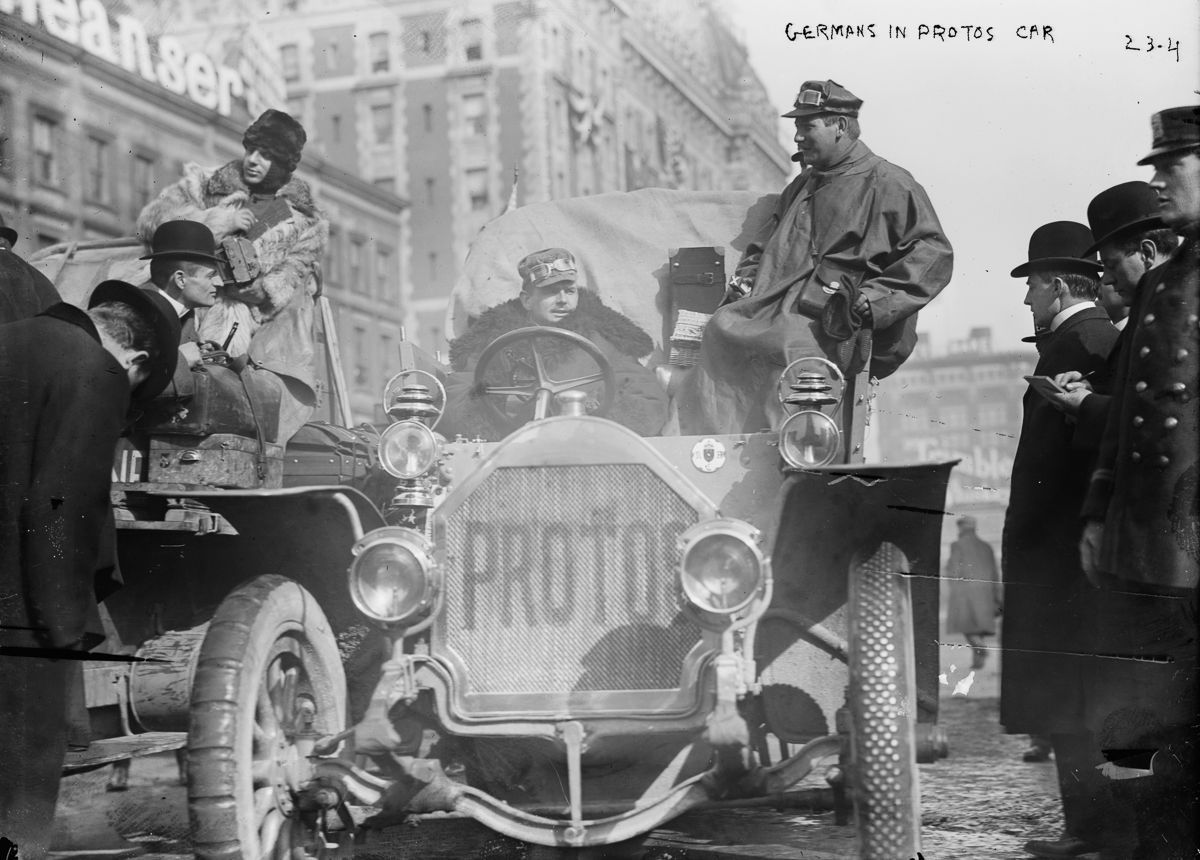 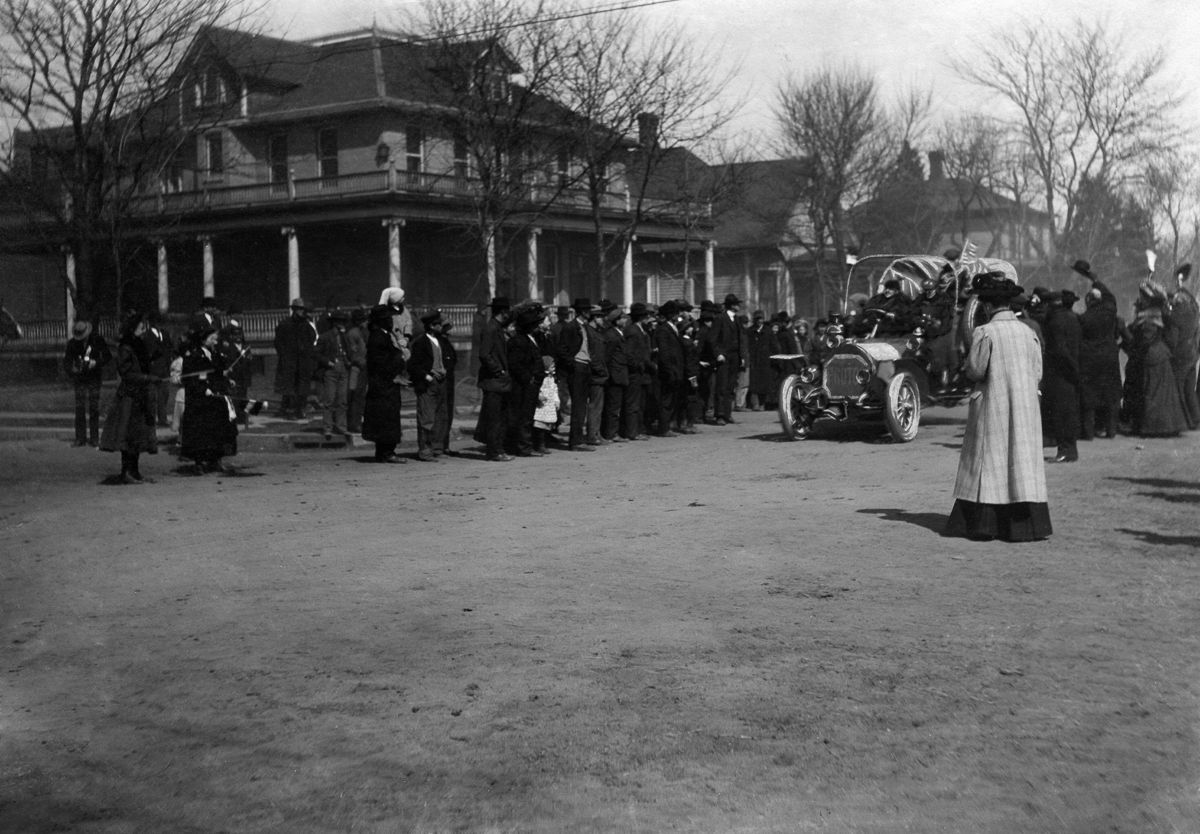 Night race along the tracks is a serious challenge even for modern cars. And for cars beginning of the XX century, which the London Daily Mail aptly described as “the most fragile and capricious thing on earth” — natural torture. In short, after a couple of days “Protos” broke the steering knuckle. The ideological leader of the crew, Lieutenant Hans Koeppen train went to Chicago for a new one, and when he returned, the mechanic Hans Knappe was in hysterics: “I’m not going! Do you want to kill us in the damn snow for his own glory!” Had to replace a weakling. 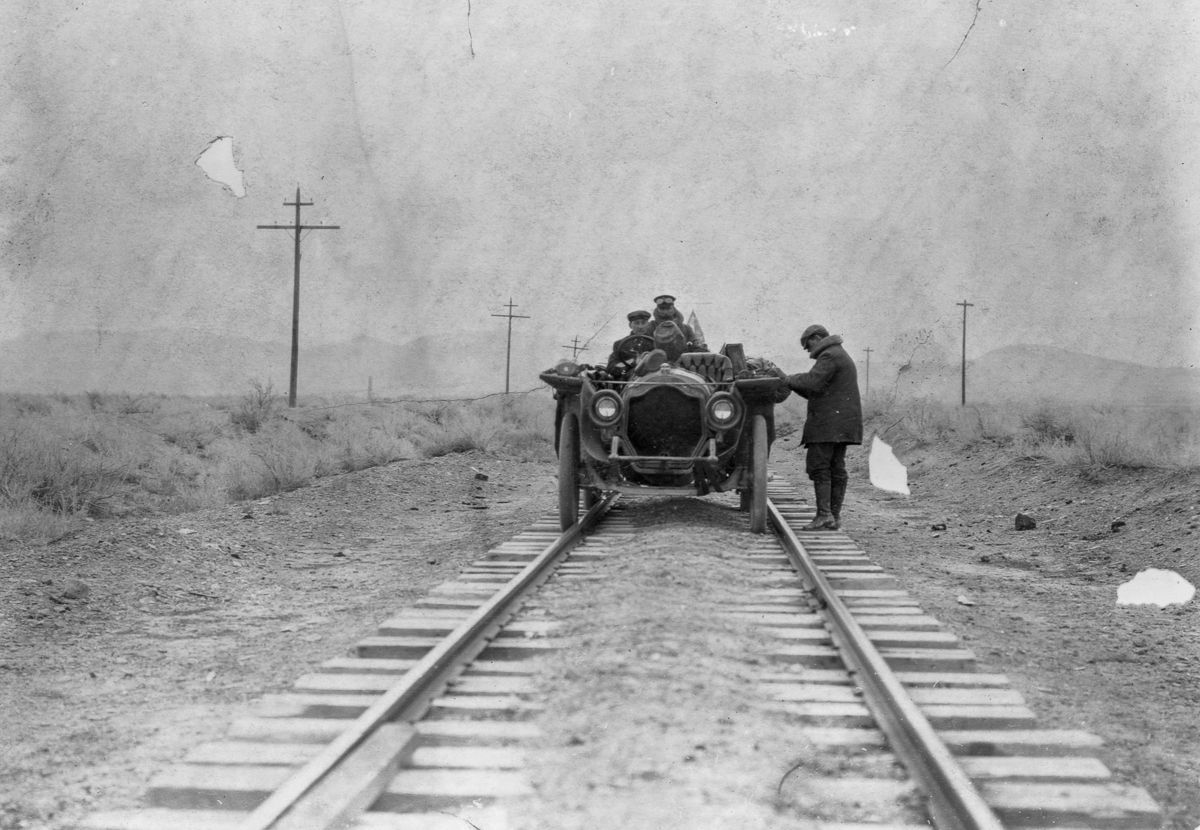 Soon there was a new unpleasant surprise. The race direction decided that the participants have to arrange their own transportation to the West coast. On March 5, more not promised a temporary deliverance from adversity. While on Board the “Protos” has no parts, since most of the travelers were sent to Seattle when it became known about change of route. It would seem that there was nothing wrong with this to give up. Especially the Americans, to that point, broke away already at 1300 miles. But that was not the Lieutenant Koeppen. “Protos” is left in the race. 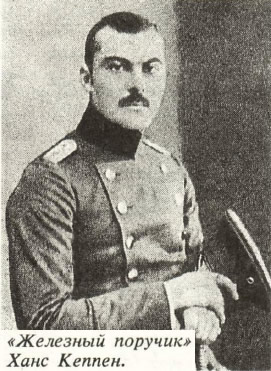 In the Rocky mountains Koeppen fell ill with fever. In a semiconscious state, he was laying on the backseat when on a railway crossing the car caught the rail. According to the canons of the genre at this point appeared in the distance the approaching train. How then told the Lieutenant, they managed to push the car off the mound at the last moment. 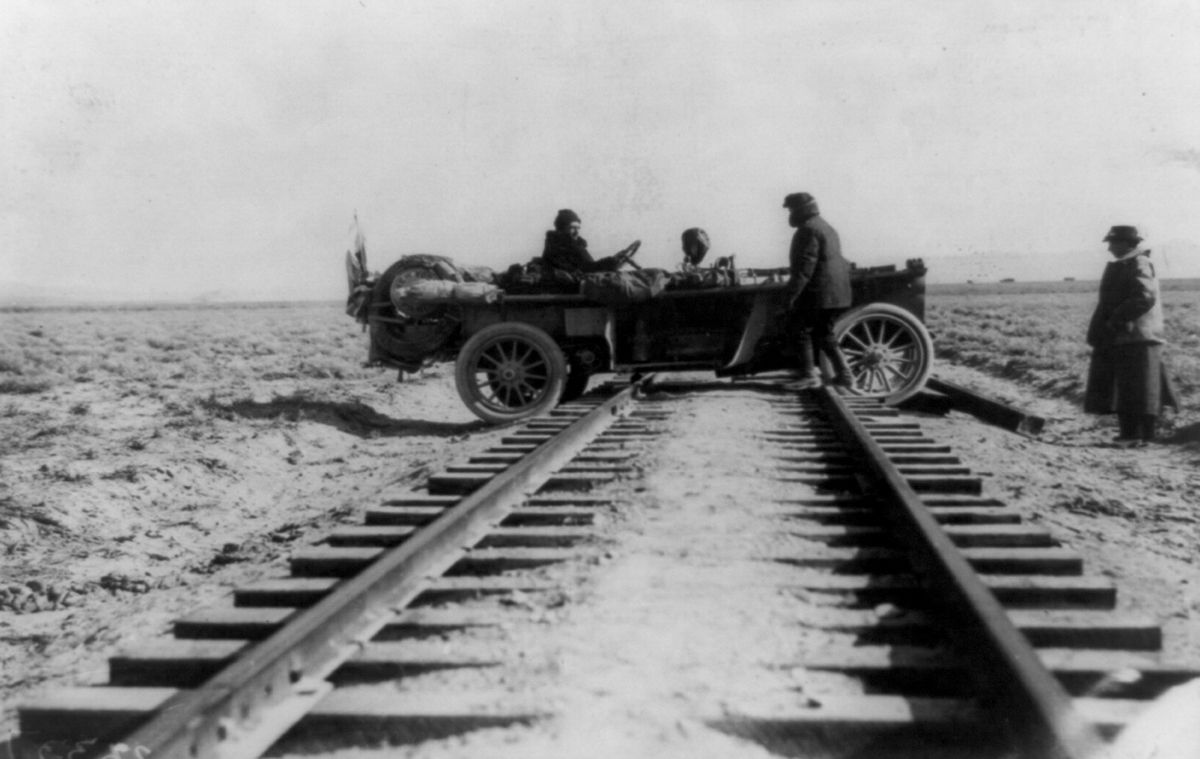 Another week, and “Protos” broke two of the connecting rod. Spare are not. Then Koeppen had obtained permission to deliver the dying car to the Pacific by train.

By the time the “Thomas Flyer” came to San Francisco. 4 thousand kilometers, the Americans have crossed in 41 days. After them were only two crew. In addition to the “Protos”, to the glory and thousands of dollars sought Italian “Sust”. 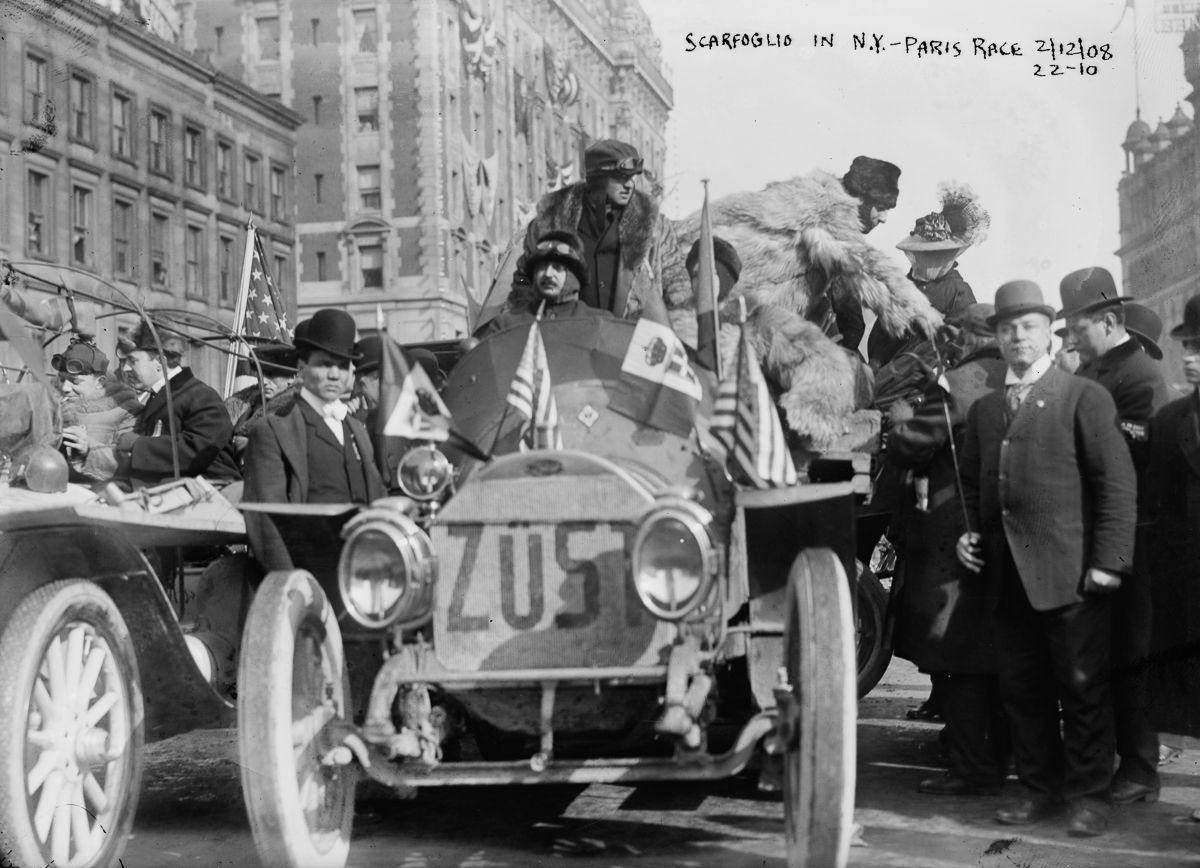 Organizers, meanwhile, continued to throw pranks. They pardoned Alaska and the Bering Strait, returning to the original route. Actually, for the sake of crossing the Strait on the car race and decided to spend the winter. The Americans saluted, and their boat was shipped to Seattle and then to Valdez, near anchorage. Schuster and Robert went deep into the tundra, but soon telegraphed: Alaska impassable. The boat crew returned to Seattle. 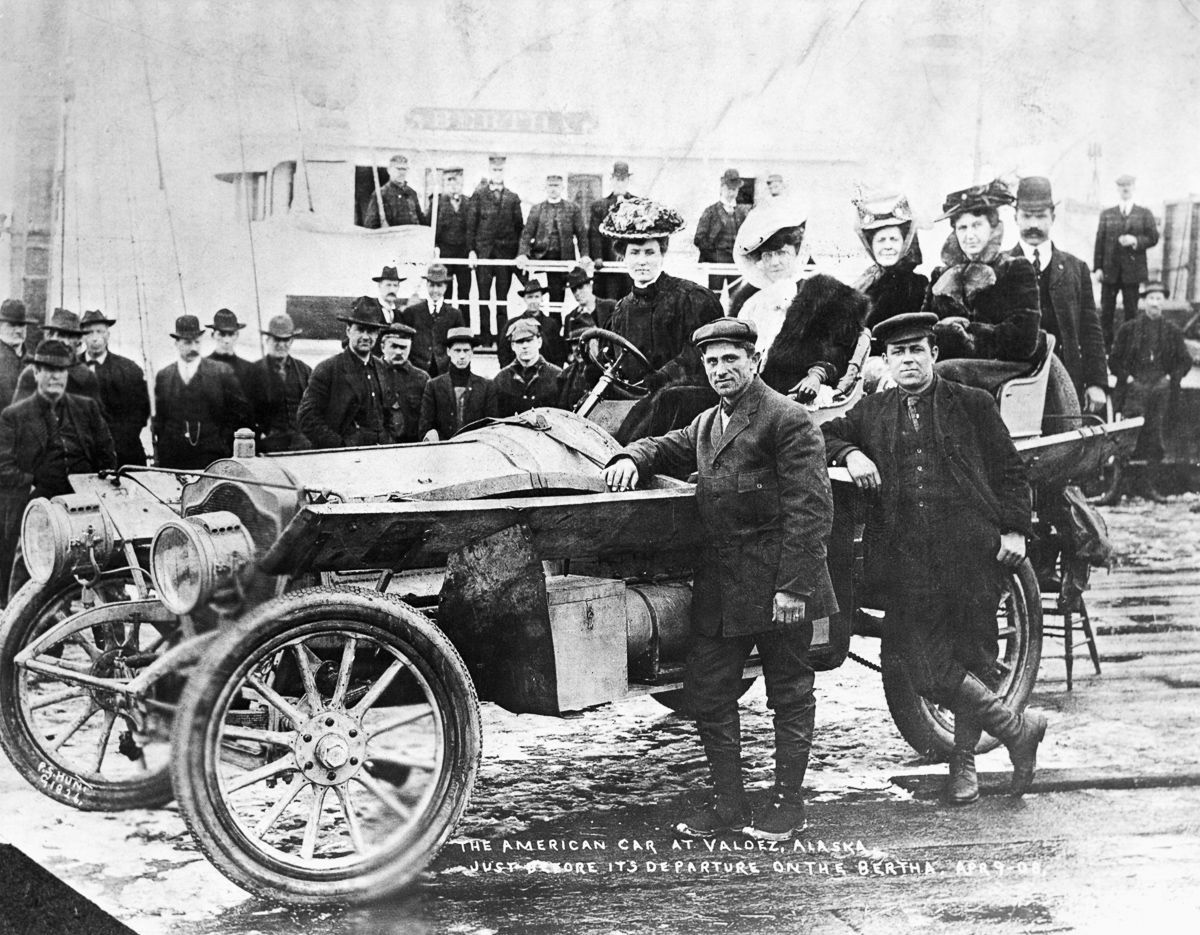 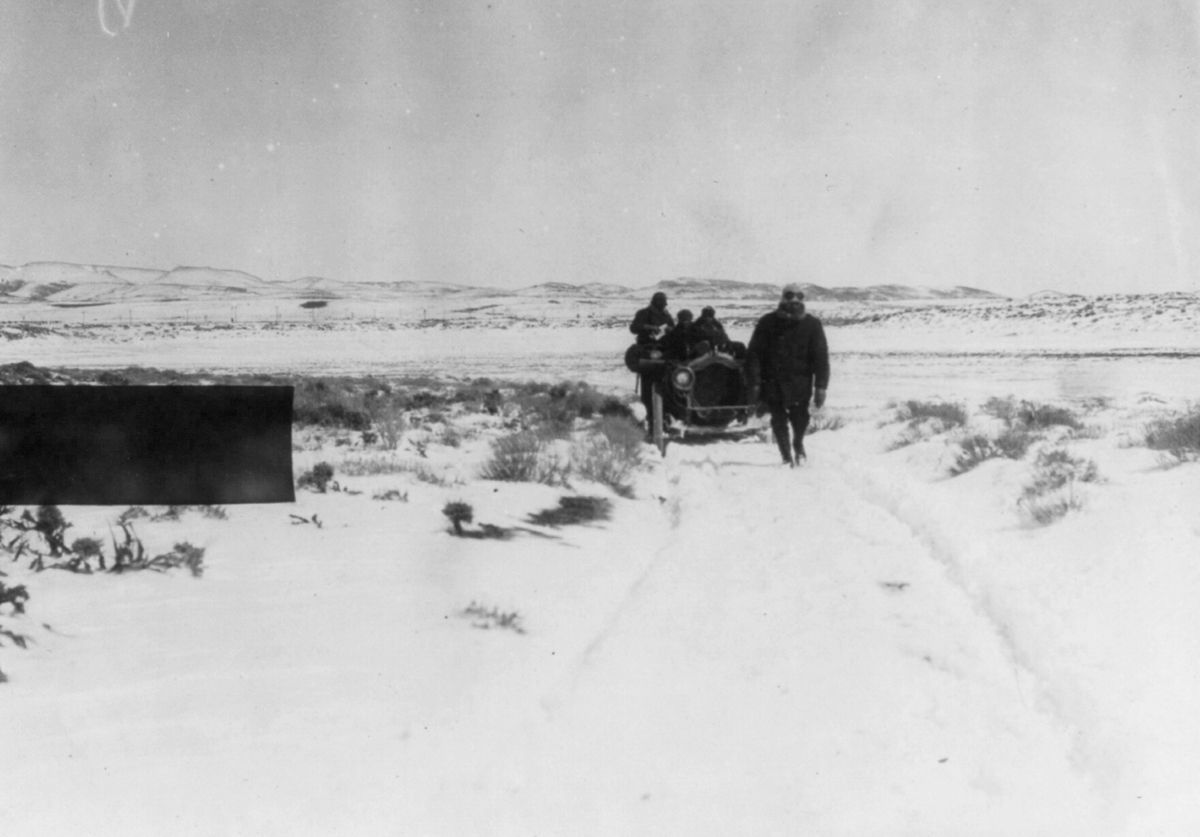 While the court Yes business, the Americans were overtaken by the competitors. Out is very unfair, and the Directorate has allocated to victims bonus of 15 days, which they can keep up with the leader of the race and still win it. In addition, the Germans were awarded 15 days of the penalty that to get to San Francisco without help they are unable.

22 may, all three crews were transported by ship to Vladivostok, whence they again embarked on a new adventure. The team Köppen have been replaced. From Germany came the mechanic “bents” Caspar Noyberger, a man who used to say, could touch the engine with my eyes closed. “Protos” took off the bat, hoping to make up for the 30-day backlog from the main competitor. “Sust” disappeared from the rear view mirrors even in Manchuria, “Thomas Flyer” for a long time kept in the offing. 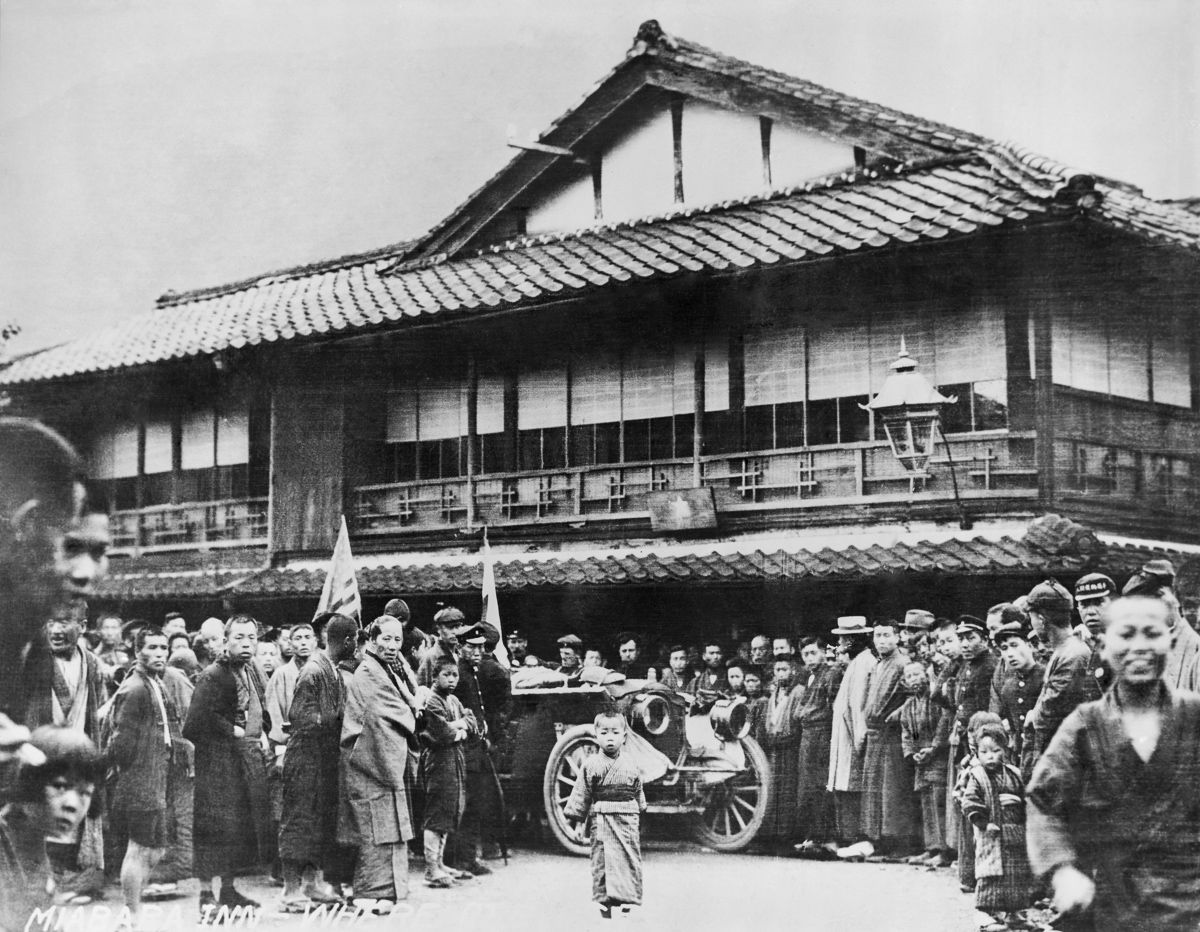 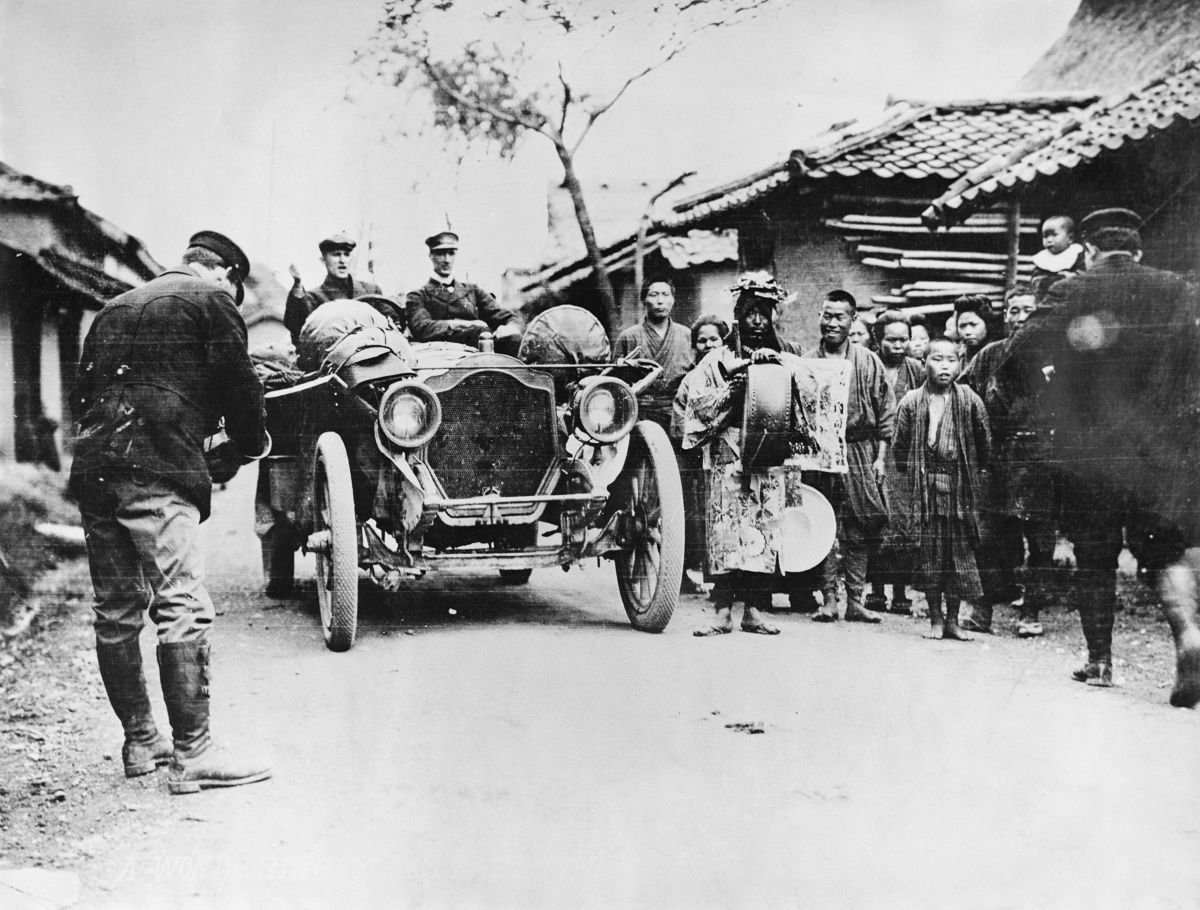 The Asian part of the road was given a much easier. It is understandable, in the summer to ride much nicer. However cakewalk voyage to call it does not. “What troubles we have suffered in the road — recalled Antonio Scarfoglio, member of the Italian crew. Chinese brigands, Manchurian tigers, disease, hunger. In the woods was overcome by mosquitoes the size of locusts, and in the Volga steppes, we got hit by torrential rains and the roads turned to mush”. 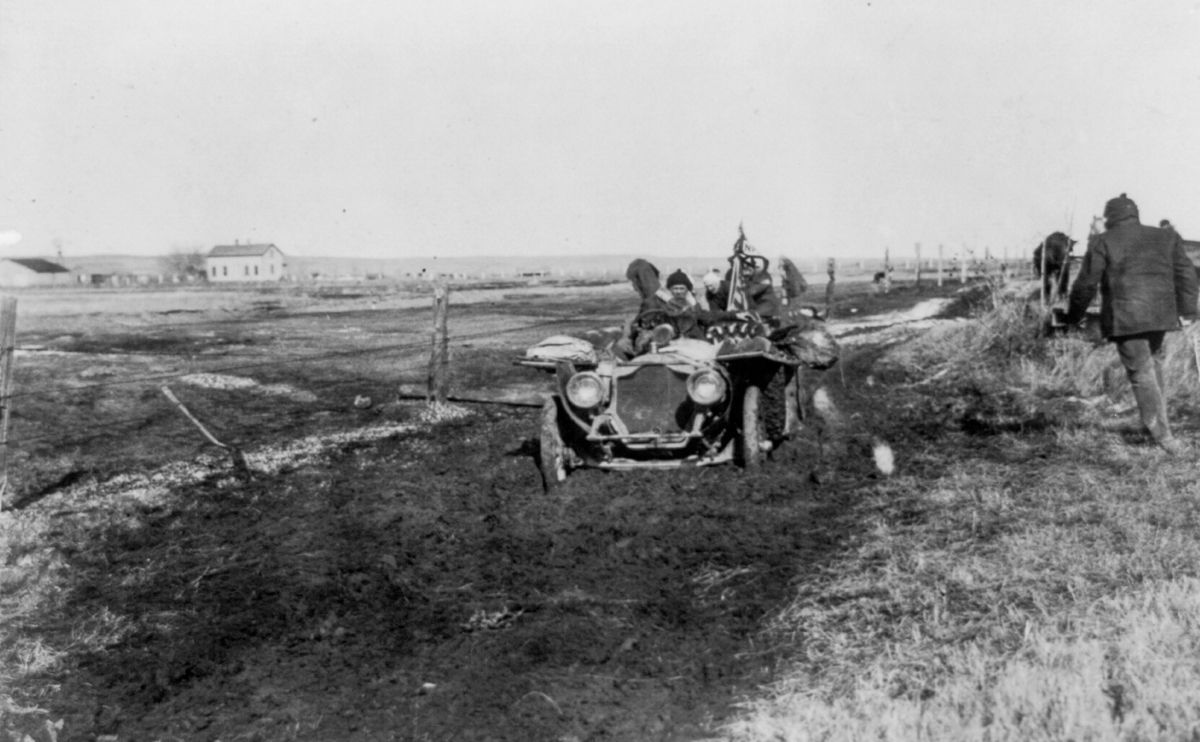 “Protos” were flying along in full sail, while the Americans had bad luck. To the Omsk they could not solve the problem with the transmission, but the lake was late for the ferry, that took a lot of time. Keppel and company broke away and, like the crew of “Wildebeest” from the immortal novel by Ilf and Petrov, gathered in the path of the cream. In Chita, the Germans received a cash award from the administration of the TRANS-Siberian railway, Yekaterinburg left over flowers, and stopped in Petersburg, where he was given an audience with Emperor Nicholas II. 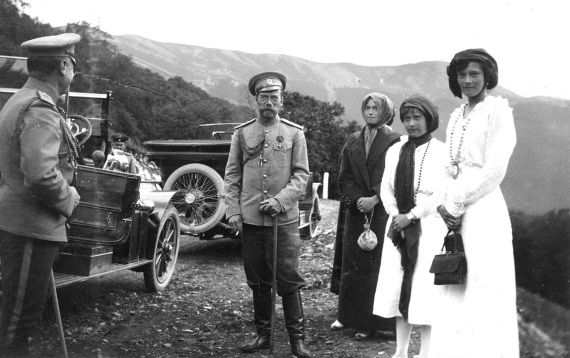 July 24 “Protos” triumphantly entered Berlin, and two days later at six o’clock in the afternoon drove to the newspaper Le Matin on the Grands Boulevards in Paris. The Parisians received the Germans are not so welcome, but travelers don’t particularly care. They prayed that Americans are stuck somewhere and came no sooner than a month. 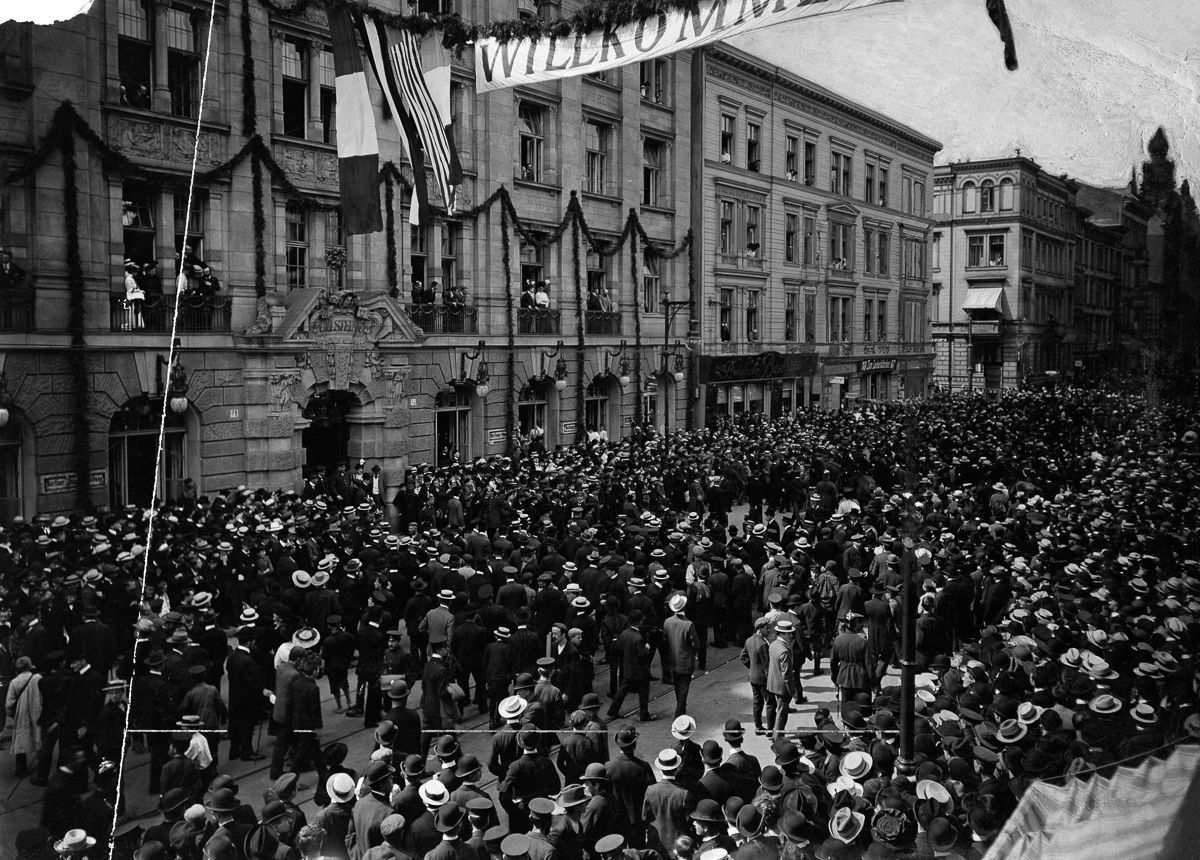 However, the “Thomas Flyer”, honking recklessly, drove to the rendezvous in four days. George Schuster, the only member of stars and stripes crew, which came all the way from new York to Paris forever inscribed his name in the history of Motorsport. On the car, which in comparison with the current vehicles was no more than a cart with a motor, he overcame 21 470 miles in 169 days. 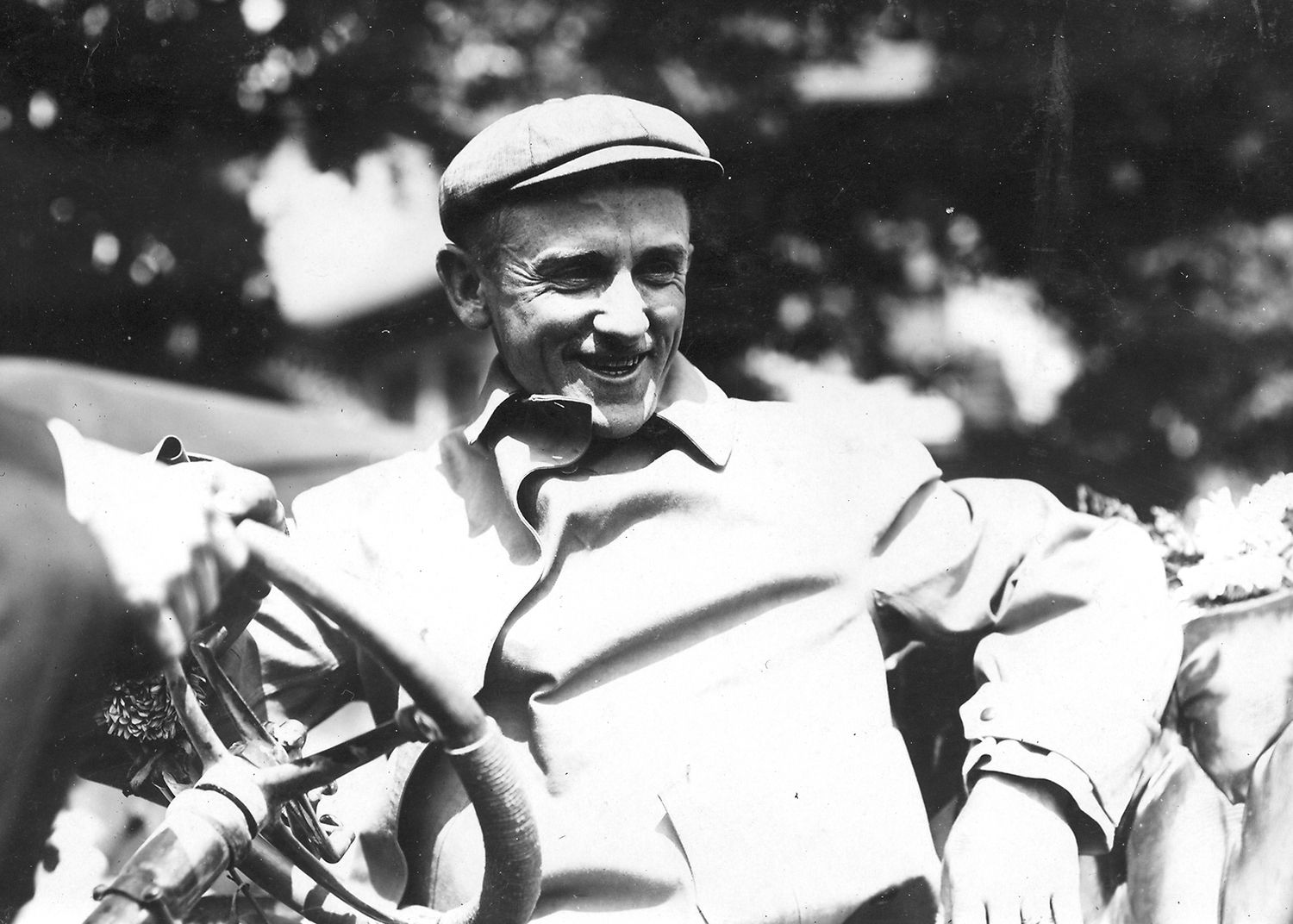 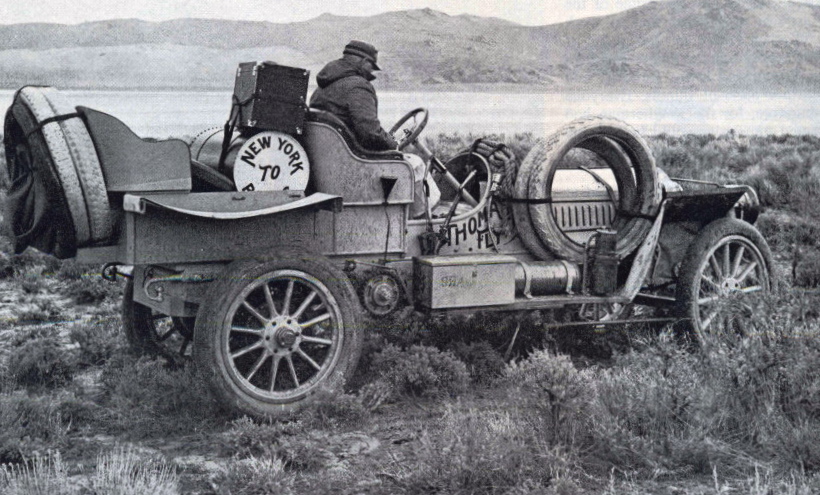 Since then, many brave men and women was saddling the iron horse, going on adventurous trips. But to surpass Schuster is impossible. All we can do is to stand with him in a row.