18-year-old Simon SEGUIN (Simone Segouin), also known under the alias Nicole Mine (Nicole Minet), was determined to save France from fascism. She joined the French Resistance and begin to harm the Nazis everywhere, wherever. Her first task was to steal a bike from a German soldier, and then she blew up bridges, trains and perform other dangerous tasks.

By the end of the war SEGUIN became a soldier. She fought in the battle for the liberation of his native city, helped to capture 25 German soldiers, then joined French forces during the March on Paris and liberated the French capital. She was promoted to Lieutenant and awarded the Military cross for heroism. 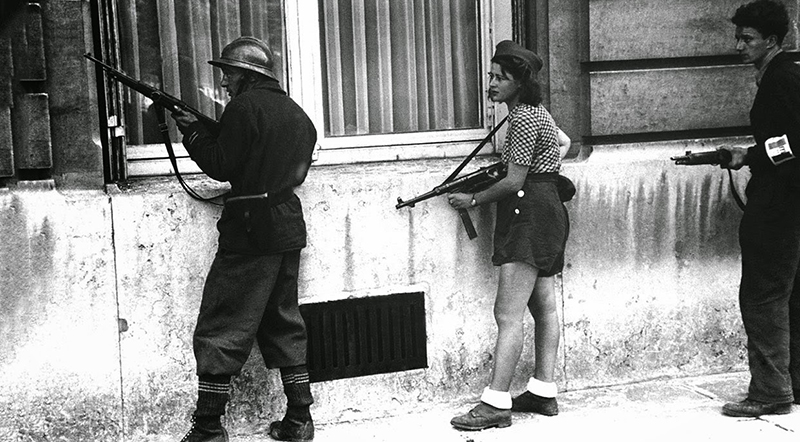 The daughter of a farmer before the war, Simon SEGUIN worked with three brothers and father on the farm. Father was the head of the city Council Tiara and secret leader of the guerrilla cell, participated in the First world war. In 1944, the German administration demanded from him to provide a list of young girls to send them to the castle of Spear. In an effort to avoid the sad fate to be raped or murdered by the German invaders, Simon got a job as a seamstress. But the morning found her on the farm the Germans and demanded to sew them to the form under the threat of violence. Simon managed to escape from the clutches of the policemen and fled to Paris, where he was hiding at his aunt in Bon Marche. 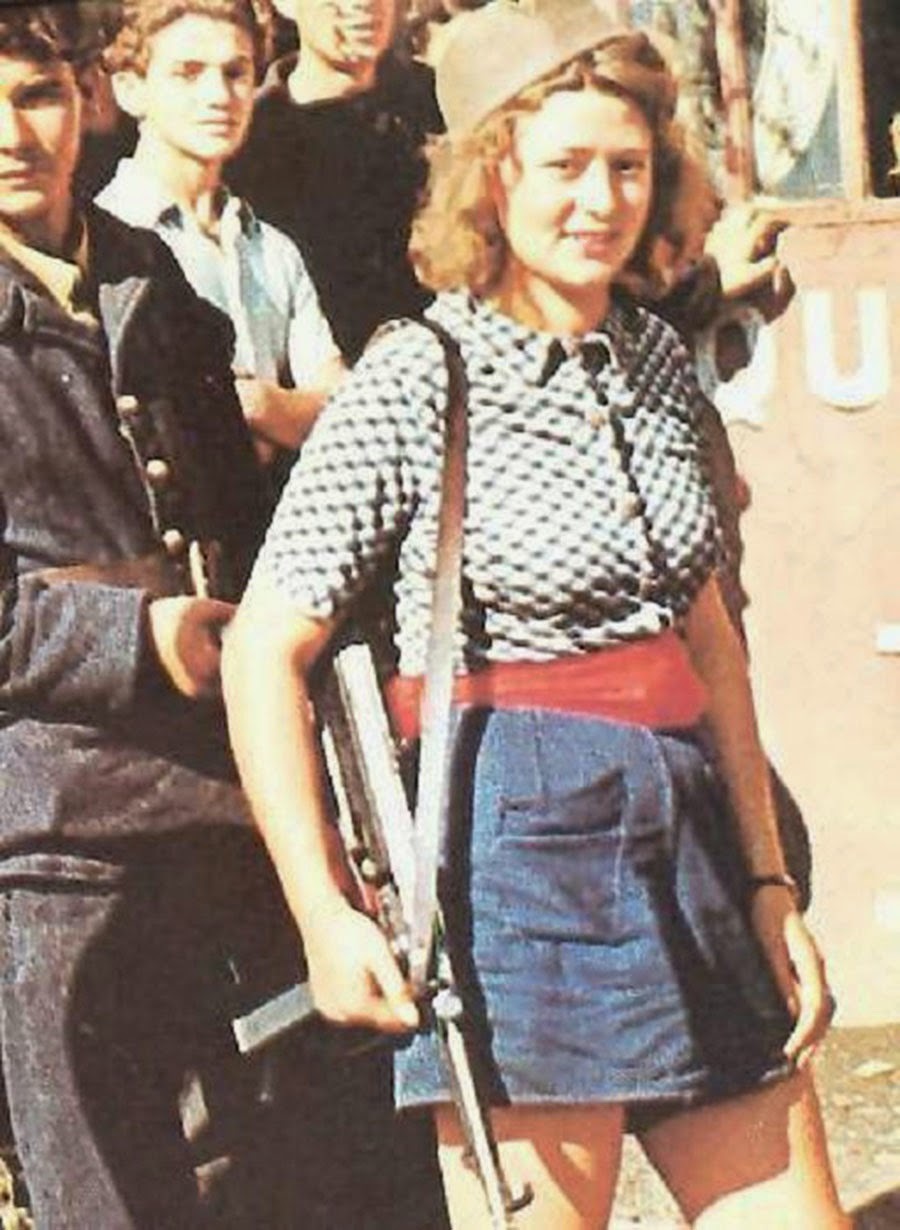 At this point, Simon officially joined the Resistance Movement, unlike his three brothers who were not involved at all. She followed in the footsteps of his father, participating in guerrilla operations in the vicinity of Chartres: there she met her future husband, Lieutenant Bourcier. Father instilled in her daughter a love not only for friends but also for his homeland: in the part of the French army at the end of the war, he participated in the liberation of the prisoners of a pow camp. 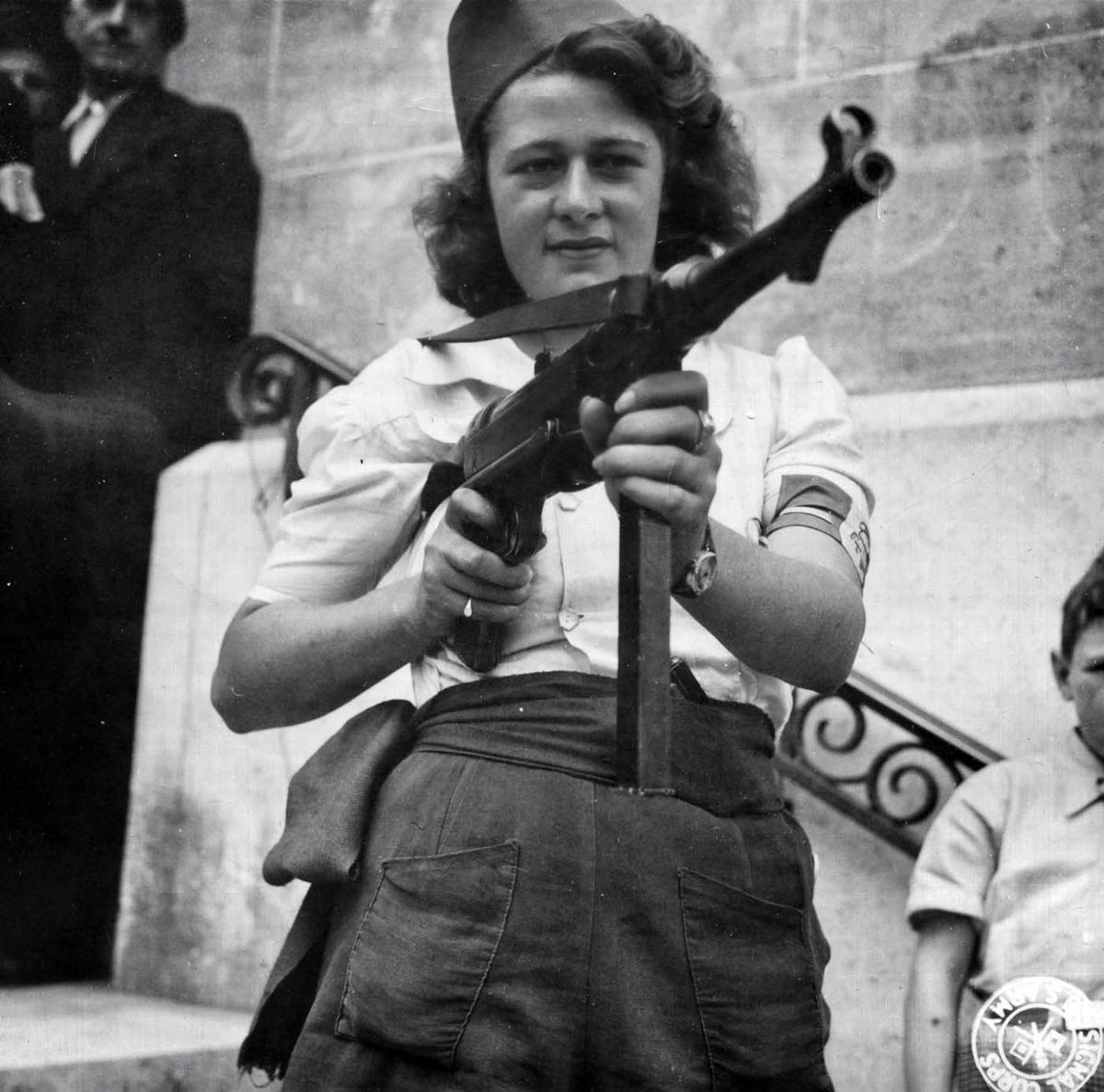 Simon had served in the ranks of the partisans, under the name Nicole is Mine. A group of French partisans arrow gave her all the necessary documents to support its legend and alias. Through the efforts of Nicole in the guerrilla movement was involved a lot of people in Dunkirk, fleeing from the bombing of the city.

Initially Simon (aka Nicole) performed simple tasks without the use of weapons. After completing a number of assignments in the cities of Sinodun, Dreux and Chartres, Nicole has achieved full rights to serve in the French division of the shooters and got their own weapons: a captured submachine gun MP-40. 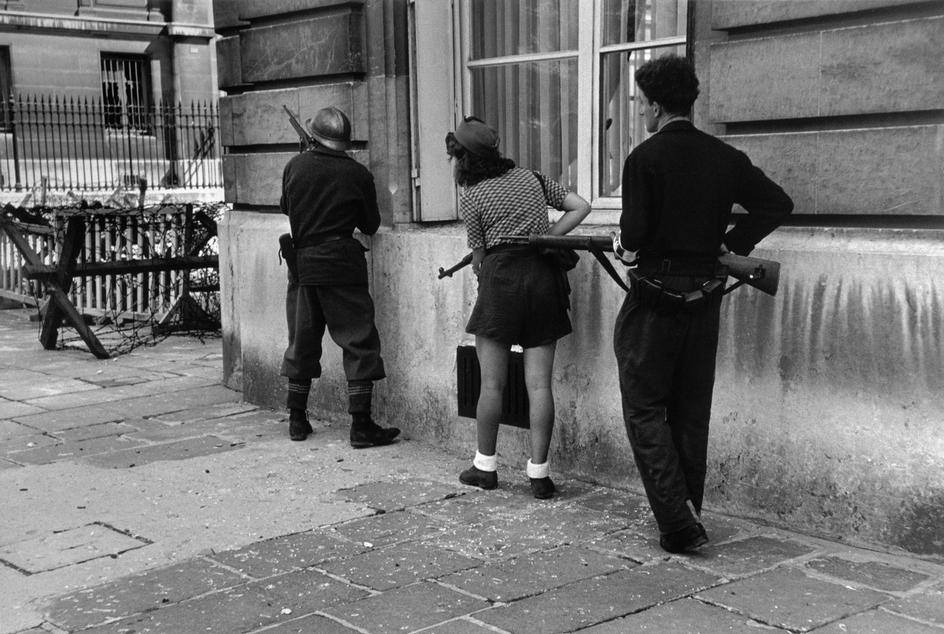 Nicole excelled in the battle for Chartres and Paris, becoming one of the few partisans participating in street fighting in the cities. At Chartres she personally captured 25 German soldiers, and in Paris managed to take part of the city with only twenty men, even though she doesn’t like to talk and often says, that its merits are exaggerating.

For courage and dedication in 1946 she was awarded the Military cross and received the rank of Lieutenant that she did not believe anything substantial, calling its main merit help in the liberation of the country. 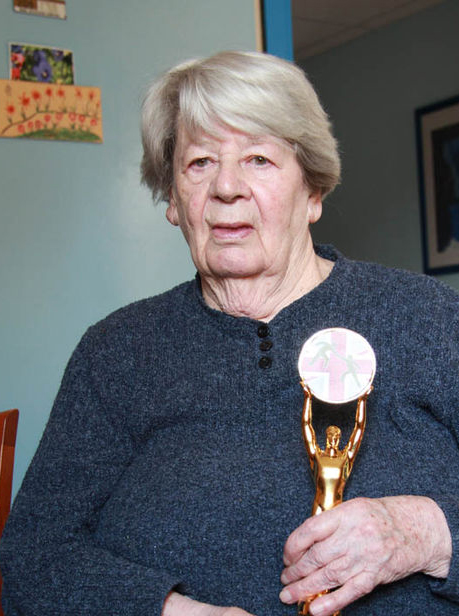 SEGUIN not come out officially married, although she had six children. She claims she wouldn’t change my choice if I had the opportunity to go back in time before joining the guerrilla movement.